Stars are responsible for forging every heavy element in the universe when they fuse hydrogen and when they explode at... 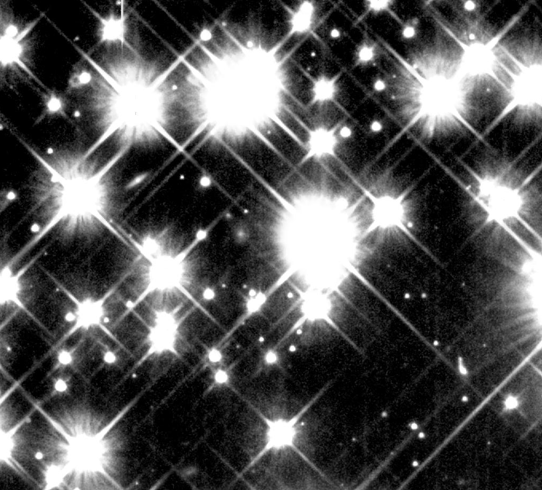 This image from the Hubble Space Telescope shows a close-up of ancient white dwarf stars in the Milky Way. NASA and H. Richer (University of British Columbia)
SHARE

Stars are responsible for forging every heavy element in the universe when they fuse hydrogen and when they explode at the ends of their lives. But they also create a strange third type of chemical bond between atoms, caused by their incredible magnetic fields. This previously unknown type of bond could lead to new research in quantum science, perhaps even quantum computing.

Kai Lange, Trygve Helgaker and colleagues at the University of Oslo discovered this third bond by accident, when they were studying the magnetic fields in compact stars like white dwarfs, magnetars and neutron stars. Some white dwarfs have magnetic fields 10,000 times the strongest field anyone can produce on Earth, for instance, and neutron stars are five orders of magnitude more powerful. This is certain to introduce some strange behaviors that go beyond the Coulomb force we all know and love.

Basic chemistry teaches us that there are two types of bonds between atoms: Covalent bonds, where adjoining atoms simply share their outer-shell electrons, and ionic bonds, where two oppositely charged atoms are attracted to each other. This newly found third type only exists in these supercharged magnetic fields.

Lange et. al studied these bonds using calculations, examining how molecular hydrogen is perturbed by strong magnetic fields. At first it oriented itself parallel to the magnetic field, like it should. Then the team excited one of the electrons, enough that the atomic bond should have been broken. But it didn’t break, and the molecule instead flipped around so that it was perpendicular to the magnetic field. This is what the calculations looked like:

This means that the field-induced bonding of hydrogen in a perpendicular state was a strange new bond, neither covalent nor dependent on dispersion of energy, the authors explain. It’s a result of the way the electrons move around the magnetic field lines, as explained by Nature News.

“This bonding is sufficiently strong to affect the chemistry of molecules in strong magnetic fields,” the authors write.

It’s not a type of bond we could ever recreate on Earth — the bond length of atoms would shrink and change under such intense magnetic fields, as Helgaker put it to Nature News: “The experimental apparatus would cease to be an apparatus in these extreme conditions!”

But the computational methods involved could inform quantum mechanics studies, especially those examining the ways atoms and their constituents interact in future quantum computers.

The study appears in the journal Science.