Getting to space is a tough enough prospect, and even once you make it out of our atmosphere, there are... 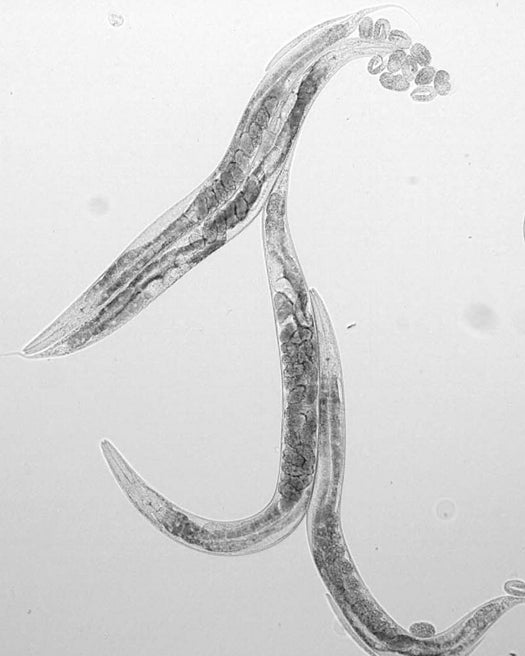 Getting to space is a tough enough prospect, and even once you make it out of our atmosphere, there are still physical issues. Chief among them: a long flight can cause a loss of bone and muscle mass. To find ways to combat that process, researchers study C. elegans, worms that have a surprising amount in common with humans. But a recent study noticed a strange side effect for space-bound worms: they lived longer.

Scientists from The University of Nottingham discovered that spaceflight suppressed accumulations of toxic proteins that tend to build up in aging muscle, and that another group of genes expressed themselves at lower levels in space. Using worms back on Earth, they lowered the expression of the same genes, and voila: the worms enjoyed a longer lifespan.

It’s not entirely clear how these genes contribute to aging, but researchers think it might have something to do with metabolic processes. For example, a gene that encodes insulin, which is associated with metabolic control, was found in the set of expressed genes.

This might mean that muscles shrinking in space is more of a natural response than we thought–or even, researchers suggest, that space is somehow just easier on aging. But it’ll take a lot more research before we can name space the 21st Century Fountain Of Youth.

The University of Nottingham