Book Review: Can Science Determine Which Foods Taste Best Together?

The idea that Canadian sommellier François Chartier presents in his book Taste Buds and Molecules: The Art and Science of Food, Wine, and Flavor is a very intriguing one. Look at the aroma molecules that give foods and wines their characters, he says, and use that as a basis for pairing foods with wines and with each other. Instead of years of tastings and trial and error, a few simple principles and charts can guarantee exquisite pairings every time.

Intriguing idea, yes; but the author sets it out in a hodgepodge of details with a diaphanous veneer of science, direly lacking the clear explanations of cause and effect that would make it truly useful.

The underlying principle of Chartier’s approach is that if two things have flavor compounds in common, they pair well together in a meal. Thus sherries, Sauternes, and aged sake, which all contain a compound called sotolon, are best drunk in conjunction with dishes containing fenugreek seeds, maple syrup, or walnuts, since those all contain sotolon too. 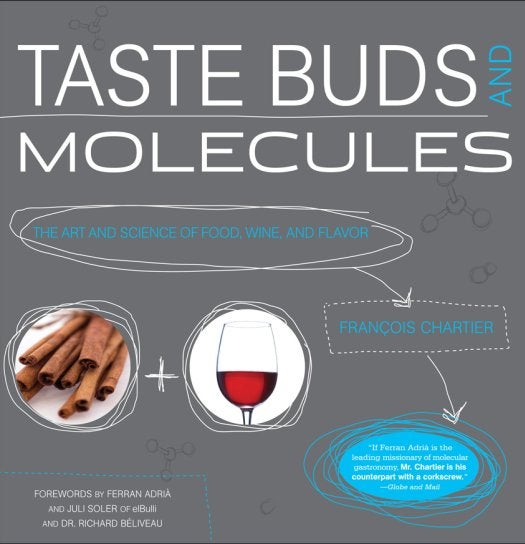 Is it nitpicking to point out that the aroma compounds the book is about are experienced not with the taste buds but with the olfactory organs?

Since grass-fed beef contains skatole, goes another example, “you may be surprised to learn” it pairs well with jasmine. I sealed half a stick of butter in a plastic bag with a bunch of jasmine flowers and refrigerated it for a couple of days to deeply infuse the flavor of jasmine into the butter. Then I beat the butter — without the flowers — into a fresh batch of otherwise-traditional mashed potatoes. I purchased a couple of grass-fed hanger steaks from my local butcher, seared them up salty and medium rare, and served them with a big helping of jasmine-infused mashed potatoes — according to Chartier, a foolproof scheme.

The flavors didn’t get along at all. Jasmine’s sharp purple-bath-lotion florality treads all over the pleasing tang of the beef, and lingers on the nose and palate in an unwelcome way. 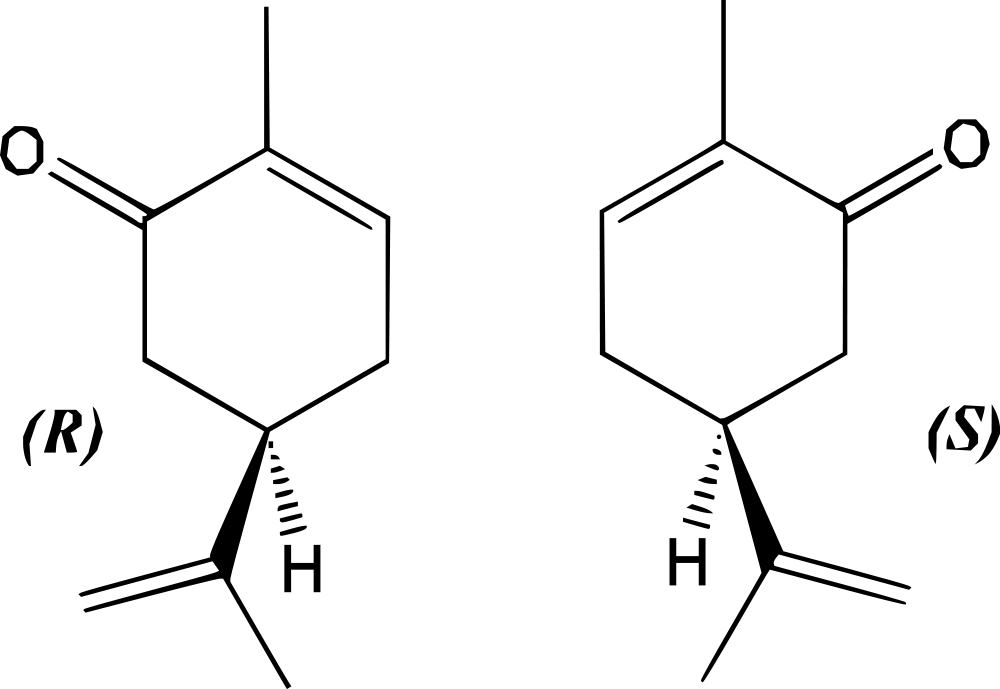 The Left- and Right-Handed Versions of the Carvone Molecule

Looking at chemistry to stimulate the culinary imagination is a very fine idea, and one that’s been explored by others, such as Belgium’s Foodpairing, with some success. At last year’s Tales of the Cocktail, I tried a beverage that blended mint and caraway. It was devised on the principle that both herbs have a form of carvone as their primary flavor-giving molecule — caraway has the left-handed enantiomer, and mint the right-handed one. And it worked! The beverage was tasty. It’s important to note a couple of important points though, points that Chartier blithely glosses over. Firstly, R-carvone and S-carvone do not have a similar taste, only a similar structure. Chartier lumps them both — along with apples and celery — as “anise-flavored foods” which, he says, all pair best with sauvignon blanc. Secondly, the cocktail I enjoyed was conceived and mixed by a couple of world-class-talented mixers, Tony Conigliaro and Dave Arnold, who had some skepticism about the carvone-carvone pairing but tried it in a spirit of experimentation. Simply grabbing two ingredients from Taste Buds and Molecules and sticking them together is almost sure to fail.

For a book that promises “science,” there’s a great deal of hand-waving and leaps of faith. Where Chartier does provides hard facts, those facts are of questionable utility — or downright dubious, like his utterly wacky metric conversions. (55 gallons, if you’re following along in the book, is not 40 liters; it is actually 208 liters.) The book is littered with technical terms, but in a way that gives the reader little actual information, and very little confidence that the author has a rigorous grasp on his subject matter. Science isn’t gratuitously dropping big words like “sesquiterpenes” and “aldehydes” without defining them; science is exploring and explaining known phenomena and reproducible results.

Sixteen chapters in the heart of the book each address a particular flavor, food, ingredient, or molecule — “Mint and Sauvignon Blanc,” “Oak and Barrels,” “Beef,” “Maple Syrup” (the author is Quebecois, can you tell?), “Cloves” — but never with a helpful, logical progression of facts. In the first of them, the argument is as follows:

Do you have a glass of sauvignon blanc in front of you? Does it taste like anise? Mine does not.

Where does that leave us? For all his name-dropping of molecules, Chartier provides the reader with nothing like a rigorous framework, nor the confidence that thumbing through one’s own copy of Fenaroli’s to make one’s own molecular pairings won’t end in disaster. The lists he gives in each chapter, of ostensibly compatible foods and drinks, can serve as a source of ideas — strawberries and turmeric? maple syrup and “cooked tacos”? — if you don’t mind the occasional failed pairing.

Taste Buds and Molecules provides some fun examples to experiment with, but whether or not food pairing is a field that can be solved with molecular science is still a fascinating question waiting for an answer.