Chinese Government Plans to Cause Ten Percent More Rain By 2015

China is already doing plenty of things to the atmosphere above it, but most changes are byproducts of the country’s... 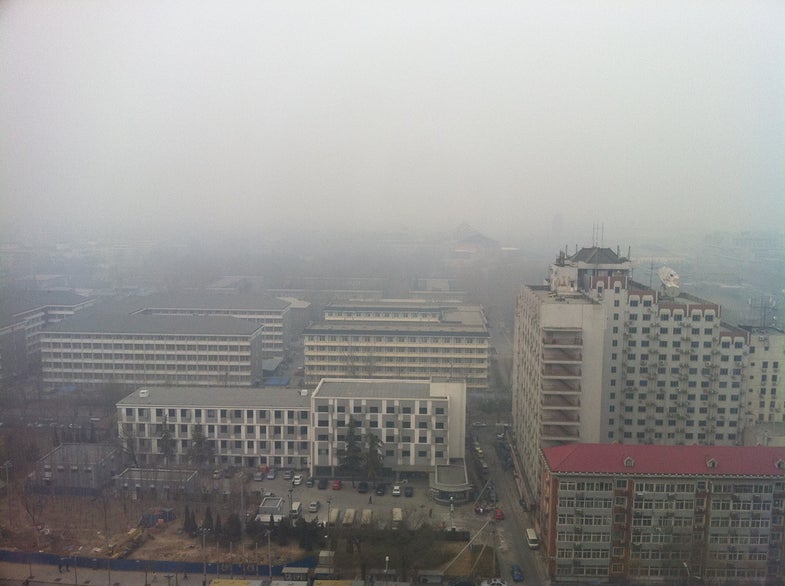 China is already doing plenty of things to the atmosphere above it, but most changes are byproducts of the country’s marathon industrial revolution. Now China plans to make some purposeful atmospheric changes — namely making it rain, for the purpose of growing crops.

China is starting four regional programs to artificially increase precipitation across the country by 10 percent before 2015, under a newly released 12th Five-Year Plan (2011-2015), according to the state-run China Daily. “Weather intervention” could bring an additional 230 billion cubic meters of precipitation per year — that’s on top of the 50 billion China already artificially creates annually, China Daily says.

“Because clouds are boundless, weather control is boundless. The five regional weather control programs will coordinate the ground resources, such as the cloud seeding rockets and planes, across provinces to increase potential rain or snow,” said Zheng Jiangping, deputy director of the China Meteorological Administration’s department of emergency response.

Cloud seeding, involving the injection of silver iodide particles into the atmosphere, helped clear some of the pollution from Beijing before the 2008 Olympics. But it does not always go so well. This time, cloud seeding is necessary to make actual rain, authorities said.

China already broke records this year for a massive harvest of 571 million tons of grain, but natural weather events can wreak havoc on the nation’s wheat crop. Last fall, a major drought in central and eastern China sparked an artificial precipitation effort that China Daily said was able to increase rainfall by 17 percent.

China’s techniques may be high-tech, but the desire for more rain is as old as society. The Wall Street Journal notes that one of Beijing’s most famous landmarks, the Temple of Heaven, was built so Qing Dynasty emperors could appeal to higher powers for plentiful rain and good harvests.