The World’s Most Amazing Databases: The Encyclopedia of Life

The EOL, a collaboration by the foremost authorities in biology, is a massive database that tracks every organism on Earth 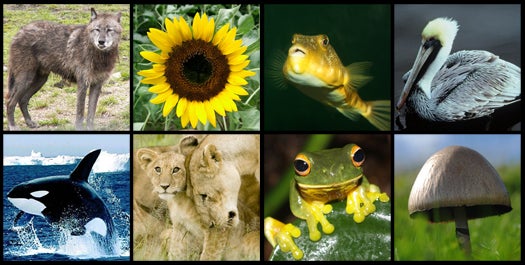 Four years ago, the Smithsonian Institution, the Field Museum of Natural History, Harvard University, the Missouri Botanical Garden, the Marine Biological Laboratory and the Biodiversity Heritage Library joined together to create a comprehensive collection of data about every living thing on Earth.

So far, the consortium’s researchers have collected and vetted information on 40 percent of the planet’s 1.9 million known species. Want observations describing the nocturnal behavior of the flying lemur? How about a map showing the distribution of the dark honey fungus, whose underground filament network spans thousands of acres and might make it the largest organism in the world? They’re in there.

The researchers gather information from hundreds of sources (including such databases as the Barcode of Life and Morphbank), work it into a consistent format, and organize it into individual species pages. Combining disparate data into a single, searchable database should make it possible to see new connections between different forms of life. By looking for lifespan patterns or similarities in resistance (or susceptibility) to disease—and by doing so across a broad range of EOL species pages—biologists will aim to find new species and genes to target in longevity studies, vaccine development and other medical research. At the current pace, EOL will hold data on every known plant, animal, insect and microbe species by 2017.