It is much easier to get to Mars than to get deep inside this planet, so for all our knowledge... 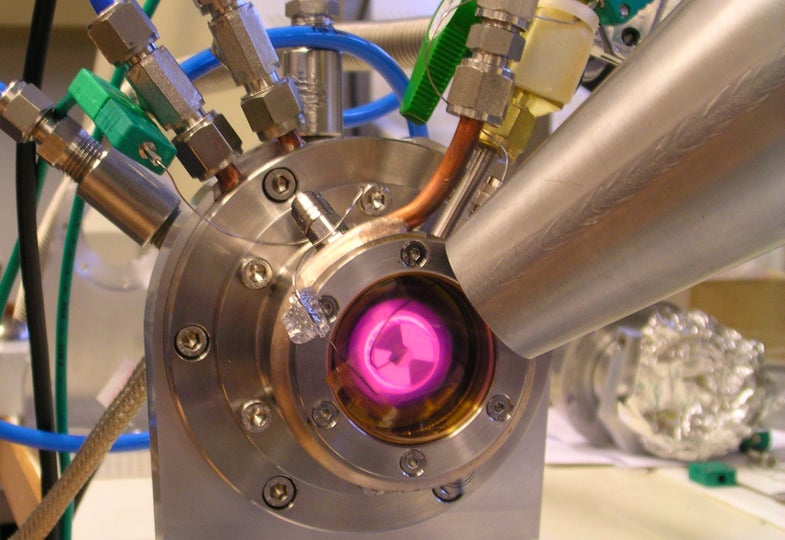 This image shows the heating of a catalyst sample in an "in situ" cell at actual operating conditions. The catalyst is studied using time-resolved X-ray absorption spectroscopy. A new beamline at the European Synchrotron Radiation Facility has a resolution of a few microseconds. ESRF
SHARE

It is much easier to get to Mars than to get deep inside this planet, so for all our knowledge about things like earthquakes and the magnetic field, Earth’s interior is actually very poorly understood. To study how metals interact at the prodigious pressures within, scientists squeeze small particles in the lab and heat them up — but this is an inexact science and difficult to do. A newly revamped X-ray beam facility in Europe may be able to improve matters, and shed some light on just what is going on at the center of our planet.

The European Synchrotron Radiation Facility inaugurates its new ID24 beam today, in preparation for experiments next spring. It will enable scientists to exact extreme pressures and temperatures on metals, aiming to understand how they act at Earth’s core. It will also be able to study new chemical catalysts and battery technology, among other atomic reactions.

A synchrotron is a type of particle accelerator — the Tevatron is one — that can be used for a wide range of applications. One such application involves harnessing the accelerated particles’ electromagnetic radiation for scientific imaging. Synchrotron light sources use a series of magnetic fields to bend this radiation into different wavelengths of light. At ESRF, beamlines branch off from the particle acceleration ring to capture the particles’ (usually electrons) radiation. The new beamline, ID24, will enable incredibly fast X-ray absorption spectroscopy.

This works by firing an intense X-ray beam at a sample, and watching how atoms of the different elements inside the sample absorb the X-rays — it’s an active probe, monitoring its own experiments. The beamline has an array of germanium detectors that can take 1 million measurements per second, according to an ESRF news release. So scientists could take a small sample of iron, put it in the beamline, heat it to 10,000 degrees, and watch what happens. This would conceivably help scientists understand how iron behaves 1,500 miles beneath the surface of the Earth, and what are the melting points of other metals present in the mantle and core. This, in turn, could shed some light on things like Earth’s dynamo, which creates its magnetic field.