Yes, you read that correctly. 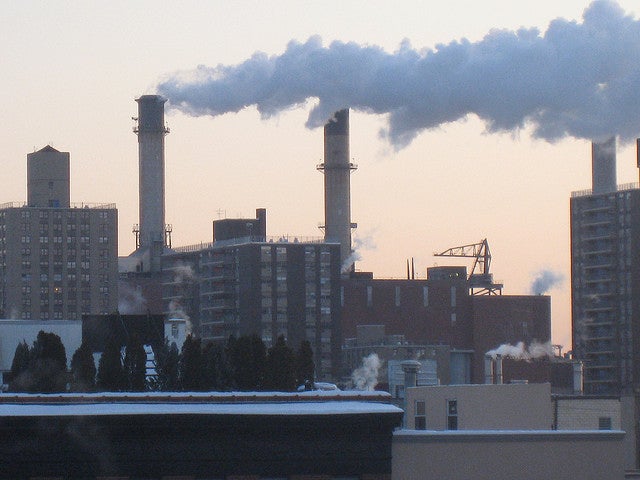 Coal-derived emissions pouring from smokestacks across Asia are–perhaps counterintuitively–responsible for a pause in global warming in the decade following 1998, but that’s no real reason to celebrate. The halt in rising temperatures is a result of the large amounts of sulfur in those emissions, which can have a cooling effect on the planet. But the huge spike in greenhouse gas emissions is still very real, and over time its delayed impacts will be realized when emerging countries rein in pollution.

At least, that’s the latest on the global warming front via a paper released Monday by researchers at several universities, including Boston and Harvard Universities in the States and Finland’s University of Turku. The halt in rising global temps from 1998 to 2008 is something of a mirage, the researchers say, and the effects of all that carbon that went into the air alongside the sulfur will become apparent in the long term.

The paper, if taken as truth, ties up a loose end for those who believe global warming is a man-made phenomenon. From 1998 to 2008, global temperatures were flat even as the developing world spewed tons upon tons of carbon emissions into the atmosphere, increasing global carbon dioxide emissions from burning fossil fuels by at third. Some called this evidence that global temperatures and carbon emissions aren’t as directly linked as some might like to think.

But most of those carbon emissions came from coal fueling the explosive growth of Asian economies, and with coal emissions comes sulfur. Sulfur is a key ingredient in the formation of aerosols, which form hazy cloud layers that reflect heat from the sun back into space. These aerosols, the paper argues, are responsible for the halt in rising temperatures.

But the halt in rising temperatures isn’t likely to last, the researchers say. When emerging economies begin to take a harder line against pollution, those sulfur emissions will decline as well. And while sulfur can persist in the atmosphere for several years, eventually those aerosols will disperse and global temperatures will begin climbing again, this time with countless more tons of carbon already in the atmosphere.