In a critical first step toward treating nervous system disorders and other degenerative conditions, researchers at Stanford have for the... 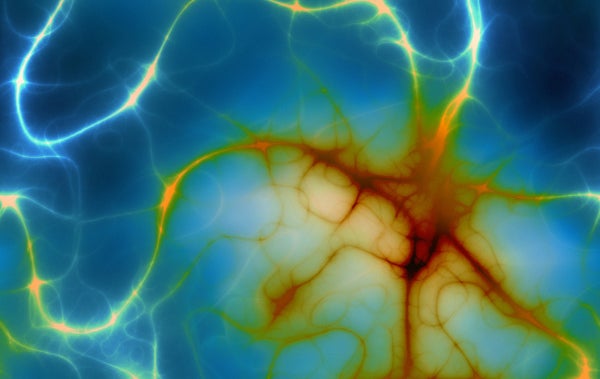 In a critical first step toward treating nervous system disorders and other degenerative conditions, researchers at Stanford have for the first time transformed human skin cells into functioning neurons. This isn’t stem cell technology–using tissue derived from aborted fetuses and the foreskins of newborns, the researchers were able to create working nerve cells that went on to form synapses with other nerve cells.

This doesn’t mark the first time skin cells have been transformed into other kinds of tissue–in fact, they’ve proven to be particularly good candidates for this kind of science in the past, having been turned into blood cells, liver cells, and heart cells previously. But the breakthrough is significant because skin cells are so plentiful, and the ability to turn them into neurons could create a deep well of tissue for regenerative therapies.

The method relies on a process called transdifferentiation, in which, with a little biological prodding, a cell transforms into a different kind of cell. The team had previously worked out the method by turning cells from a mouse’s tail into mouse neurons, but their attempts at transdifferentiation in human cells hit some initial obstacles. The conversion would take place, but the human nerve cells wouldn’t fire the electrical stimuli needed for cell communication.

The answer was a single gene, delivered via a virus into the cells. The neurons then began firing the necessary electrical signals, and in time began to form synapses with other newly created neurons. While the science is preliminary and the technique still years away from any clinical application, it marks a big step forward for regenerative medicine. Via such a method researchers could eventually treat degenerative conditions like Parkinson’s disease and Alzheimer’s, as well as brain injuries and other ailments of the nervous system.