Researchers on board a ship in the Gulf of Mexico have found a layer of oil at least two inches... 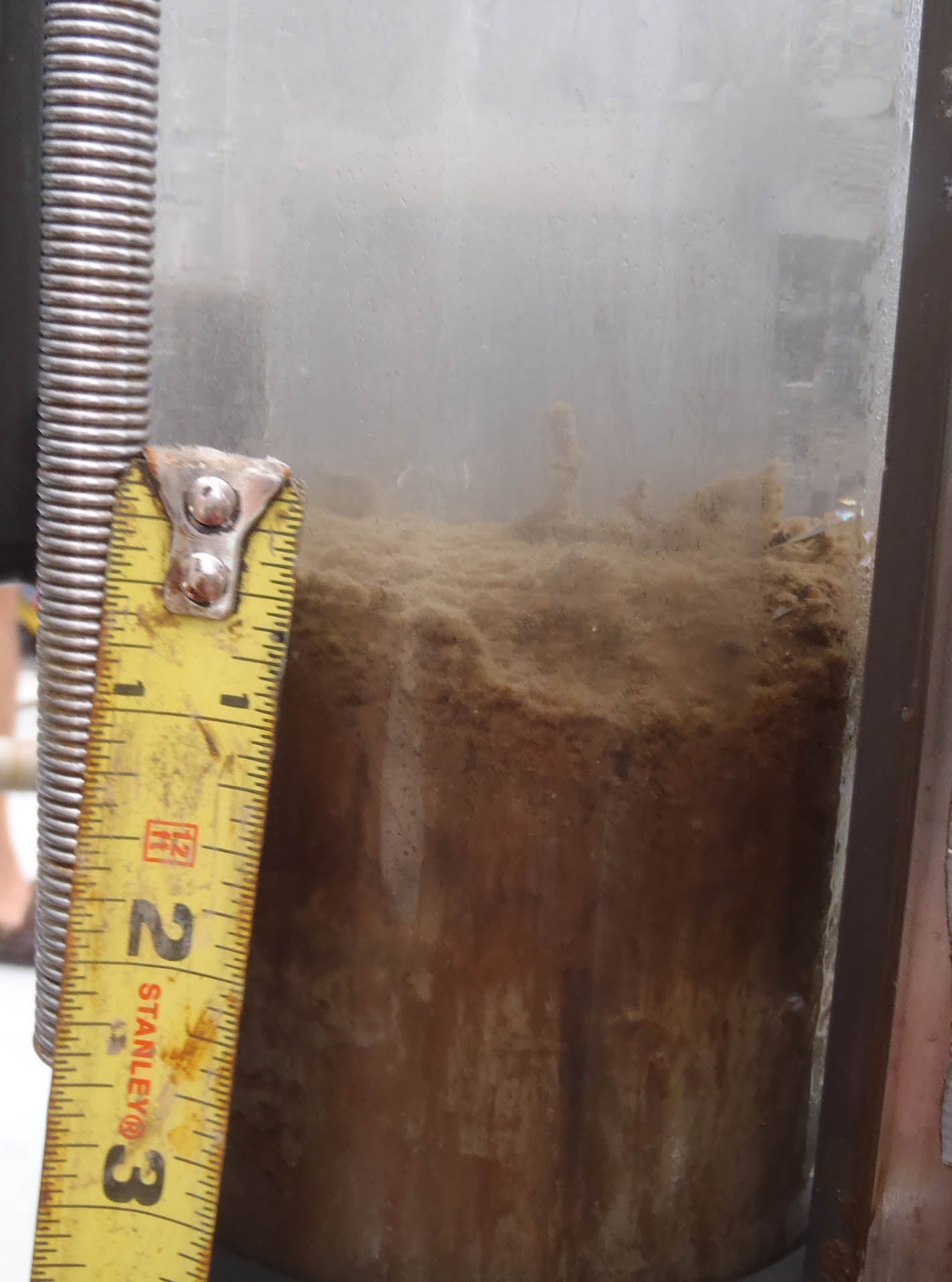 Researchers on board a ship in the Gulf of Mexico have found a layer of oil at least two inches thick, nestled in the depths a mile below the surface, that they believe came from the blown-out BP well.

Samantha Joye, a professor in the Department of Marine Sciences at the University of Georgia, set sail August 21 on the research vessel Oceanus and has been posting blog updates throughout the mission. Over the weekend, she wrote that her team found a layer of oil in a valley on the seafloor, about 18 miles from the wellhead. It is two inches thick in some spots, and it rests on top of recently dead sea creatures like shrimp and tubeworms.

Joye expected to find some oil on the seafloor, she told the AP — just not that much. Her team is the second in as many months to announce finding oil at the bottom; last month, a University of South Florida crew reported finding oil droplets 1.4 miles beneath the surface.

The presence of seafloor oil is another blow to the theory that most of the spilled oil disappeared. Scientists previously said plenty of oil was floating in an invisible plume, and while yet another research team said microbes were eating it, not all of it could be accounted for. Several experts, including some government scientists, believe at least some of the oil sank to the bottom, and that’s what Joye’s research seems to prove.

Although she can’t be certain until they conduct further tests this week, the oil almost certainly came from the spill and not a natural seep, Joye said. It clearly came from above the seafloor, not below, she says in her blog post.

The oil layer is pretty dispersed, indicating that chemical dispersants broke it down into small droplets. In an interview with NPR, she also reported finding small tar balls that look like cauliflower heads. While dispersants likely helped some of the oil sink to the bottom, Joye said natural processes also played a role. As microorganisms break down oil, they excrete mucus, which eventually sinks to the bottom.

Government scientists acknowledge they have not done a good enough job looking for oil at the bottom of the sea. It’s partly because the environment is so difficult — teams have to use send 1,000-pound vessels to the seafloor where they can pull up core samples. The AP quoted a NOAA official saying government and BP vessels will plumb the depths in the coming weeks.