After 106 Days, ‘Static Kill’ Appears to Have Stopped the Gulf Oil Leak

We don’t want to jinx it or anything, so hold your breath and cross your fingers while you read this:... 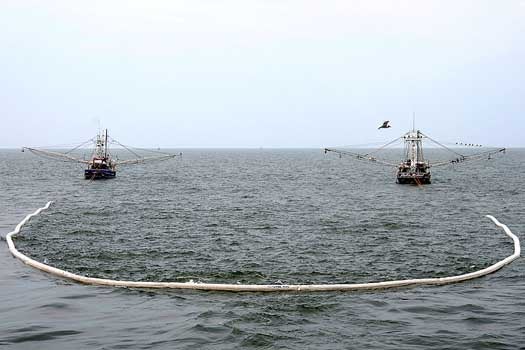 We don’t want to jinx it or anything, so hold your breath and cross your fingers while you read this: BP’s “static kill” procedure appears to have completely and finally stopped the flow of oil in the Gulf of Mexico. After eight hours of pumping heavy drilling mud into the well pipe overnight, the well pressure is now being dictated by the hydrostatic pressure of the drilling mud — not by containment caps or other means — which means a concrete capper should seal the deal.

Before we talk about what this means, a quick spin through the numbers is in order. It’s now day 106 since the Deepwater Horizon rig explosion occurred, claiming the lives of 11 rig workers and kicking off what is most currently being estimated as a 62,000-barrel-a-day (barrels, not gallons, making it 12 times faster than BP originally claimed) flow of oil into Gulf waters. All in, 4.9 million barrels, or 205 million gallons, of crude were spilled, costing BP billions in cleanup efforts (they’re still on the hook for more) and causing unquantifiable damage to Gulf and Gulf Coast ecosystems.

That’s the bad news. The good news is that the worst appears to be behind us. BP is still mulling its options with Coast Guard officials and may either pump in more drilling mud to push the oil deeper into its source rock, or it may begin pumping concrete into the well to cap it off for good. BP is also moving forward with the drilling of the relief well so they can also seal the well from the bottom for added security.

So where are all these 5 million barrels of oil? There’s good news being reported on that front as well. The New York Times reports this morning that the government is expected to announce that only 26 percent of that oil remains in the water. The other three-quarters have evaporated, dispersed, or been removed by cleanup efforts. How damaging the lingering and dispersed oil is remains to be seen.

Of course, there’s still the issue of the 1.8 million gallons of chemical dispersants that were dumped into the water and the various unknown effects they might have on ocean life. But for now, the spill itself appears to (finally) be over with, and that’s as good as the news can get at this point.