The society is open only to people who score in the 98th percentile or higher on a preapproved intelligence test. 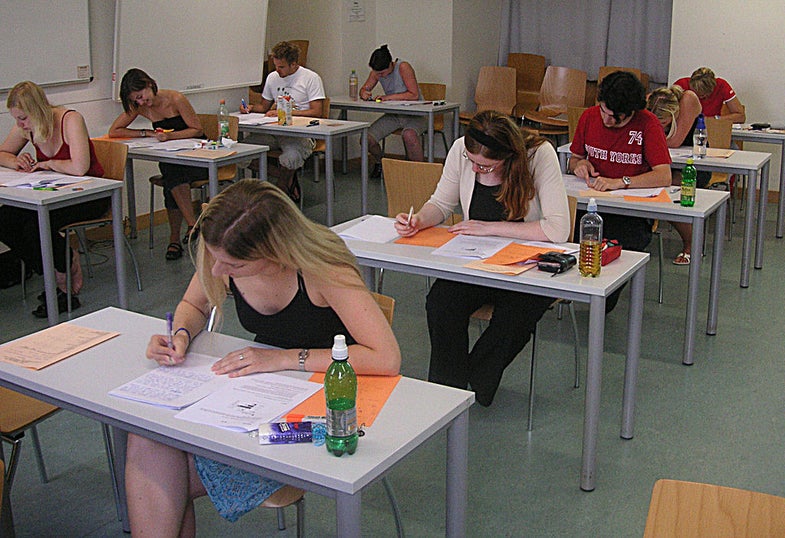 In the middle of the 20th century, high marks on IQ tests became status symbols. Mensa members have the pins to prove it.

Enrollment in the society, founded in 1946, is open only to individuals who score in the 98th percentile or higher on a pre-approved intelligence test. To join this clever club, hopefuls must demonstrate excellence in verbal-, spatial-, and mathematical-reasoning skills. These four problems are what today’s aspirants might see on a typical IQ assessment.