Lots of fire and a little bit of Hollywood magic 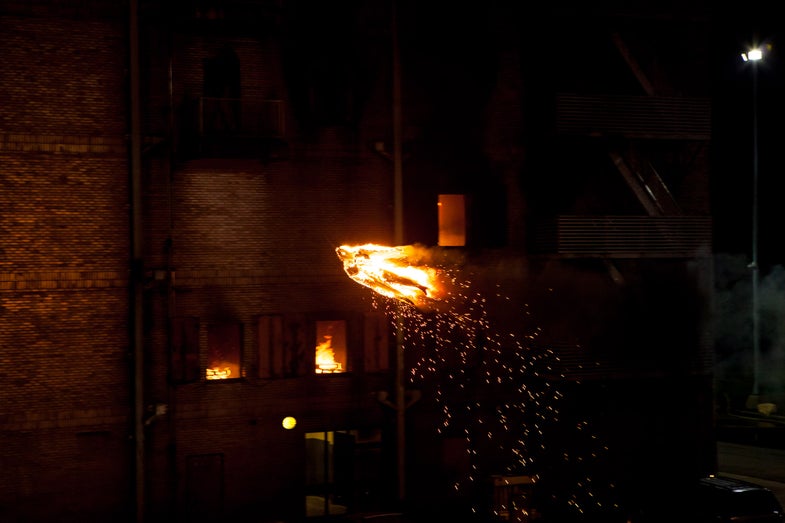 For the upcoming Fantastic 4 movie opening this weekend, viral marketing firm Thinkmodo created what appears to be a flying, burning Human Torch, just like the comic book superhero. Take a look at the takeoff:

And watch the full video here:

At the beginning of the video, a fireman carries the Human Torch frame (helpfully labeled “Johnny” and “Johnny Storm”), and sets it up on the launchpad. There are no visible motors or engines. Plenty of hobbyists are good at hiding the quadcopter rotors of their drone inside a larger body, but with this Human Torch, there was little room to hide the engines. Oh, and any engines it had would catch fire. So how did they do it? 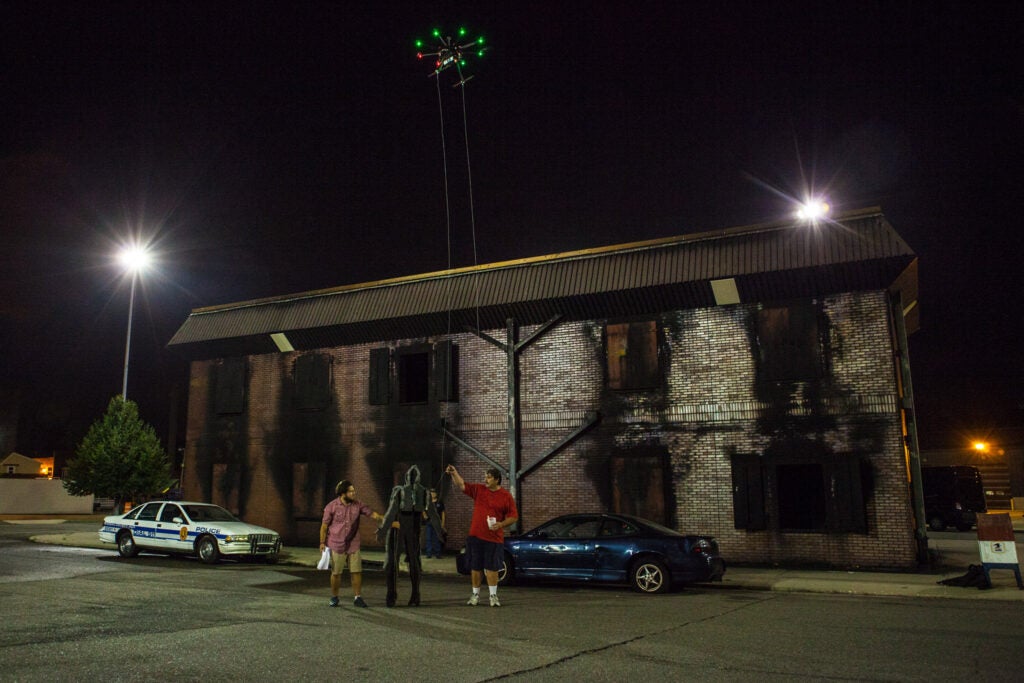 The flights took place at a training facility for fire fighters, many of whom were on hand to put out the burning Human Torch and the other pyrotechnics used in the video.

Update This post has been updated to include the model of the drone that carried the Human and the weight of the Human Torch used.