Researchers Find The Gene That Makes Us 3D

DNA that helps you stand up to gravity 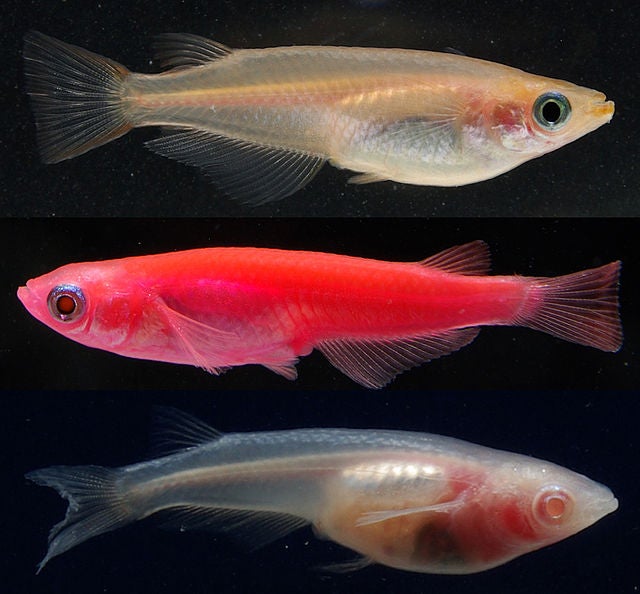 When the researchers mutated the YAP gene in medaka fish embryos, they found that the tissues grew much flatter. Credit: National Institute for Basic Biology via Wikimedia Commons, CC by SA-3.0
SHARE

The children’s book series Flat Stanley chronicles the adventures of a world-traveling 2D boy. Now a team of researchers might have found the gene that Stanley was missing (you know, if he had been real). It’s the YAP gene, and it helps regulate organ size, as well as control tissue tension, direction, and alignment in humans and other vertebrates. The researchers published their findings this week in Nature.

The researchers suspected that YAP played a role in tissues’ tensile strength, which is why they looked at it in the first place. But they couldn’t experiment on human organs, so they mutated the YAP gene in an embryo of a medaka fish, or Japanese rice fish, to see how it would react to gravity without it. They found that the embryos with the YAP mutation were significantly flatter in the direction of gravity and the tissues didn’t align themselves in the right way–most notably the tissues in the lens of the eye.

Then the researchers tried the same mutation on 3D clusters of human cells and found that the tissues weren’t able to maintain the same tension as before, which they need in order to stay in the right shape and function properly. If our tissues weren’t able to hold themselves up against the pull of gravity, many of our organs, such as our eyes and hearts, wouldn’t work as well–if at all. With a better understanding of what helps our tissues resist gravity, the researchers hope to better grow more complex organs in a lab for transplantation.

“Put simply, without YAP we would all look very different inside and out – perhaps more like short-legged lizards,” said Makoto Furutani-Seiki, a biologist at the University of Bath in England and one of the authors of the study. “What excites us is where this discovery may lead, particularly in the field of regenerative medicine.”