Five rad and random tennis products I found this week 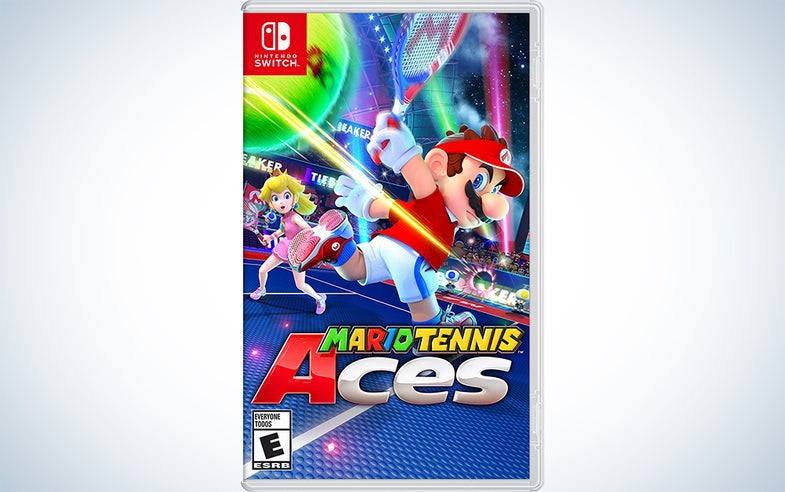 My job is to find cool stuff. Throughout the week I spend hours scouring the web for things that are useful, fun, or ridiculously cheap. Often times, these choices coalesce into a guide of like items—for example, the ultimate guide to making cafe-style coffee in your own home or the best water-resistant and waterproof gear for the pool or beach. But I often stumble across some pretty awesome gear that doesn’t really fit into a list. So I made a list for those.

This is a captivating game that immediately brought me back to my childhood. Mario Tennis Aces lets you play with 15 characters—each with an individual playing styles—and has seven courts and four game modes: adventure mode, swing mode, tournament mode, and free play.

In the adventure mode, Mario travels and plays tennis in an attempt to collect five power stones. Once you complete this, you defeat a powerful tennis racket that wields evil powers. With each match, Mario’s skill level increases allowing for more powerful shots and quicker speeds. You also obtain new rackets and outfits through winning matches or completing optional challenges.

In swing mode use your Joy-Con controllers for a more Wii-style active tennis match, where you physically swing the controllers to hit he ball back and forth between friends. Tournament mode can be played online or against computers, but it’s basically a tournament bracket-style gameplay where you can win printout trophies and accolades. I got to play the game for a couple hours, and it’s addicting. $53.

Tennis balls aren’t cheap and lose their bounce quickly. After you pop open a new pressurized container of balls, the balls start pushing out air that is trapped inside. The pressurized canisters keep that air from leaking out. As long as the felt and integrity of the ball are intact, the pressurized Gexco container will help keep your balls bouncy. $15.

If you don’t have room for a full table, but still want to be able to play some ping pong with your friends, this Franklin table tennis to-go set includes two paddles, an extendable net that clamps to the table, two balls, and a carrying case. The net can retract and fit tables up to 75 inches wide. $23.

The STIGA indoor ping pong table (60 inches x 108 inches x 30 inches when fully extended) features a 5/8-inch thick tabletop with a smooth finish. It can be set-up in less than 10 minutes because it comes 95 percent preassembled out of the box. Fold it in half for easier storage—the 72-inch clamp net detaches, too. The sturdy steel legs have 3-inch wheels on the bottom that lock into place. Go here for a paddle set and ping pong balls. $400.

I know this is expensive, but it’s also insanely rad for tennis players. If you’ve got access to a tennis court, but nobody to play with, the Lobster Sports Elite Two portable tennis ball machine holds up to 150 balls and lets you control by remote the speed—up to 80mph—amount of spin, how high or low it feeds you the balls, and the feed rate. The device weighs 42 pounds and holds between four and eight hours of charge. $1,648.