Twisted Proteins May Give Plants A Memory

If this is in fact a prion, it would be the first ever found in a plant 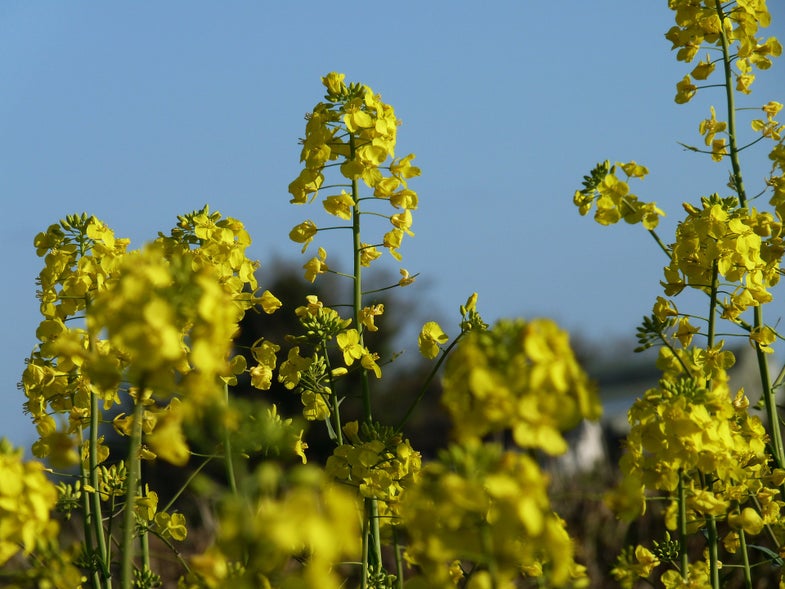 Prions–misfolded and infectious proteins–have long been associated with neurological conditions in humans and animals, such as mad cow and Creutzfeldt-Jakob disease, which in turn has been linked to Alzheimer’s.

These harmful proteins can cause other proteins around them to fold improperly, too. But prions have also been found in healthy animal cells, especially nerves. Now, for the first time, scientists may have discovered prion-like proteins in plants, according to a study published this week in PNAS. They suspect that the proteins help plants remember how to respond to conditions like cold and drought.

Scientists have long suspected that plants can form memories—for instance, many of them know how to respond to the winter even if they’ve never personally experienced cold. (Some researchers have even debated plants’ consciousness.) “The molecular mechanisms underlying these remarkable memory phenomena are not fully understood and could involve prion-like mechanisms,” the researchers write.

In the study, the researchers used an algorithm to scan the DNA of a flowering mustard plant called Arabidopsis thaliana. They were looking for proteins that might help the plant “remember” when to flower each year. They found more than 500 mutations that might create prions, then narrowed it down to four that likely play a role in sending flowering signals. As a further test, the researchers then spliced the genes into a yeast microorganism, which then produced an improperly folded protein, much as a prion would be expected to behave.

This isn’t definite proof that plants contain prions, the researchers told Nature News—to do that, they would have to take apart the mustard plant and find the folded proteins in their natural environment. And some are skeptical that the researchers’ findings are as conclusive as they appear. But one thing’s for sure: this is the first time genetic sequences linked to prions have been found in plants, and that’s exciting to many researchers, as New Scientist reports.

If the plants do contain prions, it’s not yet clear if the prions are communicable to humans an animals, the way eating beef that has been infected with mad cow (also caused by prions) can cause disease in humans.