Pentagon Reveals It Used Drones Over The United States

For totally lawful purposes, it assures us 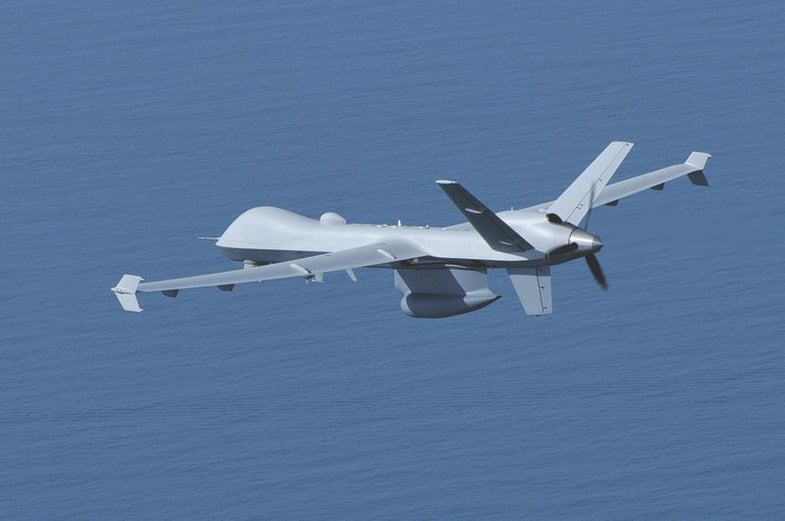 Drones are built for spying. Slow, high-flying, and able to stay in the air sometimes for a full day, they’re most often used by the American military abroad, hunting for insurgents and trying to track the movements of terrorist networks. Yet all that spying equipment can just as easily be turned inward, like it was as many as 20 times between 2006 and 2015, according to a report from the Pentagon inspector general released on Friday.

Unclear rules, as much as anything else, prevented the military from flying more missions over the United States, which commanders were eager to do as a way to get realistic training. From the report:

Perhaps the most famous use of a drone over America didn’t involve the military at all. In 2011, some armed cattle thieves holed up in their property in North Dakota. To wait them out, the local sheriff requested help from a U.S. Customs and Border Protection Reaper drone, which watched the ranch and let police storm the building when it looked like the cattle thieves were asleep. Customs and Border Protection is under the Department of Homeland Security, which uses drones to watch the border.

So how were local authorities asking the military to use drones? Most of the incidents are left out of the report, but it includes this great one about Marines, drones, and potholes:

In February 2015, shortly before the Inspector General report was finished, Deputy Secretary of Defense Bob Work released a memo on new rules for how the military can use drones in support of local authorities, like police or rescue efforts. The memo requires approval from the Secretary of Defense, and notably doesn’t mention potholes even once.