Yankees go green with an environmental advisor—but what can he actually do?

Its still unclear how the new position will play out. 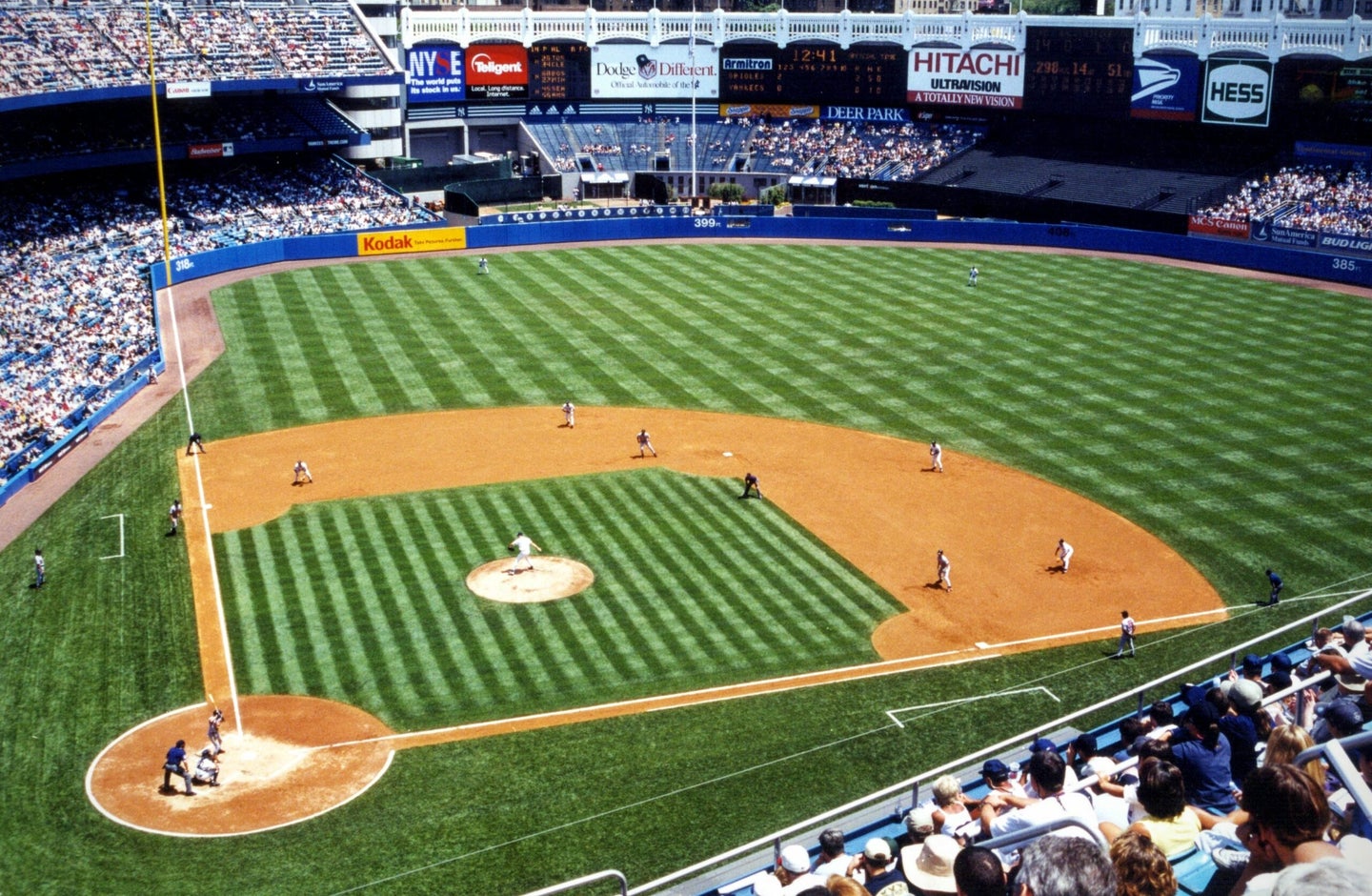 Sports fans across the country may be gearing up for the Super Bowl, but over in the land of baseball, the New York Yankees are doing something quite different: hiring an expert on sports and the environment to advise them on the sustainability of their stadium and the team itself. This could potentially be pretty big news for the team and for sports in general: let’s break it down.

“It’s a long time coming,” says Haylee Mercado, a University of South Carolina professor in the Department of Sport and Entertainment Management who focuses on sports franchises and sustainability. Mercado says that although this is the first time a professional sports team has appointed someone to a position like this, she’s not at all surprised.

The new appointee is Allen Hershkowitz, a prominent figure in the field of sports sustainability. Working on everything from recycling to greening the Oscars, Hershkowitz is a native New Yorker who has a deep history with the city, as Mother Jones reporter Ian Gordon wrote in a 2015 profile.

In his new position, he’ll find himself needing to work with numerous groups of stakeholders who all care deeply about how things are now, says Mercado. Beyond the owners and financial backers, there’s the players, the fans who fill the stadium—and the stadium itself, which is privately owned and operated and very, very complex. “It’s the actual stadium, not necessarily the organizations, that need to follow through,” says Mercado.

Contacted by Popular Science, a New York Yankees spokesperson declined to comment further on the news, pointing to the press release sent out by the franchise yesterday. According to the press release, “Hershkowitz will seek to guide a number of new and existing environmental initiatives for the Yankees and at Yankee Stadium, with a primary focus on the areas of energy use, waste management, water conservation, and food services.”

The spokesperson specifically declined a question about the scope of Hershkowitz’s role and how much power he would have in setting policy for the team and stadium. “Depending on who all of the stakeholders are, [any idea] could take three or five years to implement,” Mercado cautions. As we know from the recent IPCC report on climate change, the planet doesn’t have that kind of time to see massive changes being made to how everybody approaches sustainability.

The Yankees may have started a trend

Tuesday’s announcement “means, to me, that a lot of teams are going to follow suit,” says Mercado. But besides the questions above, there’s also a big question about how much an individual team can do on its own and how much needs to happen at the scale of the league to minimize the carbon footprint of professional baseball. A lot of things are out of a team’s control, says Mercado. Take the number of flights that the Yankees need to take during a season. MLB (the organization that oversees pro baseball)schedules the games, and it would need to change the way it does so to reduce the number of flights that the Yankees and every other team need to take.

It’s true that MLB participates in green initiatives and is a member of the Green Sports Alliance, which Hershkowitz founded in 2010. That organization’s mandate is to leverage “the cultural and market influence of sports to promote healthy, sustainable communities where people live and play” and it counts the NFL and NHL among its members alongside a number of other teams, leagues, and venues. But there aren’t any checks and balances, Mercado says: in other words, no independent verification of sustainability targets how many pounds of recycling is actually being diverted from landfills by recycling programs.

In the coming months, as the baseball season starts, “I want to see if they make actual changes,” says Mercado. Those changes would be felt by fans, players, and the front office: They might include things like recycling initiatives, changing policies around when air conditioning is used in suites, and a focus on minimizing water use. For example, what about doing something like changing the grass of the field for a native grass that requires less water, or not watering it under certain conditions? Getting everyone on board for these kinds of changes isn’t simple, she says. Still, the fact that they went for someone with Herschkowitz’s background for this position “means that they’re trying to change the game.”