It could help diagnose psychiatric conditions 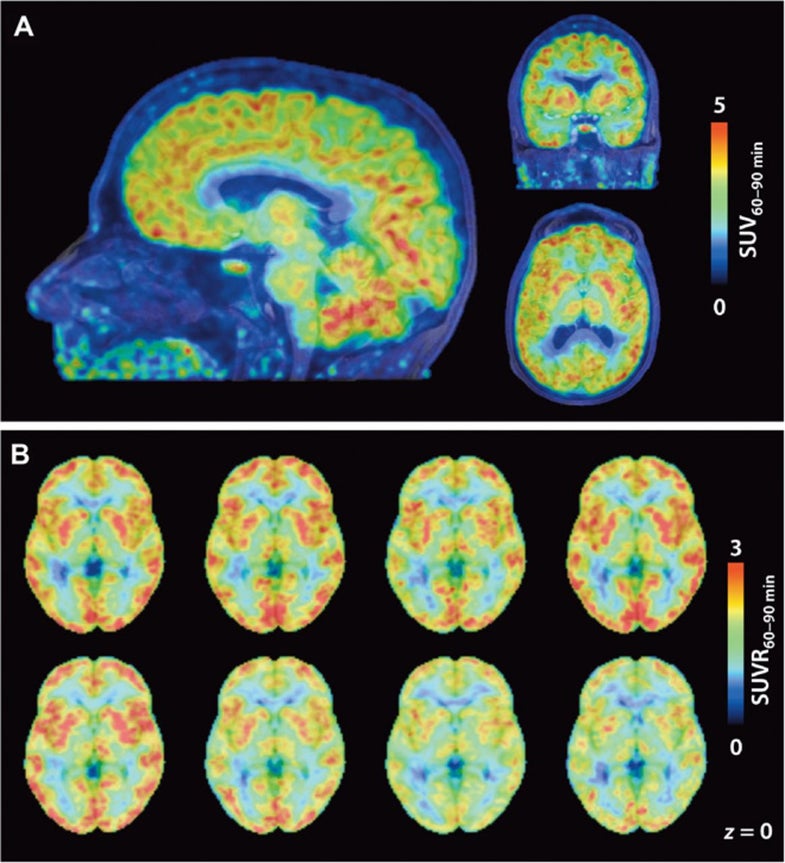 A new imaging tool allows scientists to spy on gene activity in living human brains. The technique highlights regions where genes are being flipped off, and could one day reveal signs of Alzheimer’s, schizophrenia or other conditions.

The new technique is a type of PET scan, which uses radioactive tracers to illuminate the brain at work. In a traditional PET scan, the tracers are attached to glucose, which the brain gobbles up for energy. The areas where the glucose ends up can show which parts of the brain are most active.

Instead of glucose, the new technique relies upon a molecule the scientists designed to seek out and attach to enzymes that switch off genes. The team used the technique to see where genes were being turned off in the brains of eight healthy people. The patterns of gene silencing were pretty similar across the healthy brains, the team reported today in Science Translational Medicine.

Genes that are errantly switched on or off could be involved in many brain-related disorders. Knowing which gene activity patterns are normal could help pinpoint when something goes awry.