New views of the moon's secrets 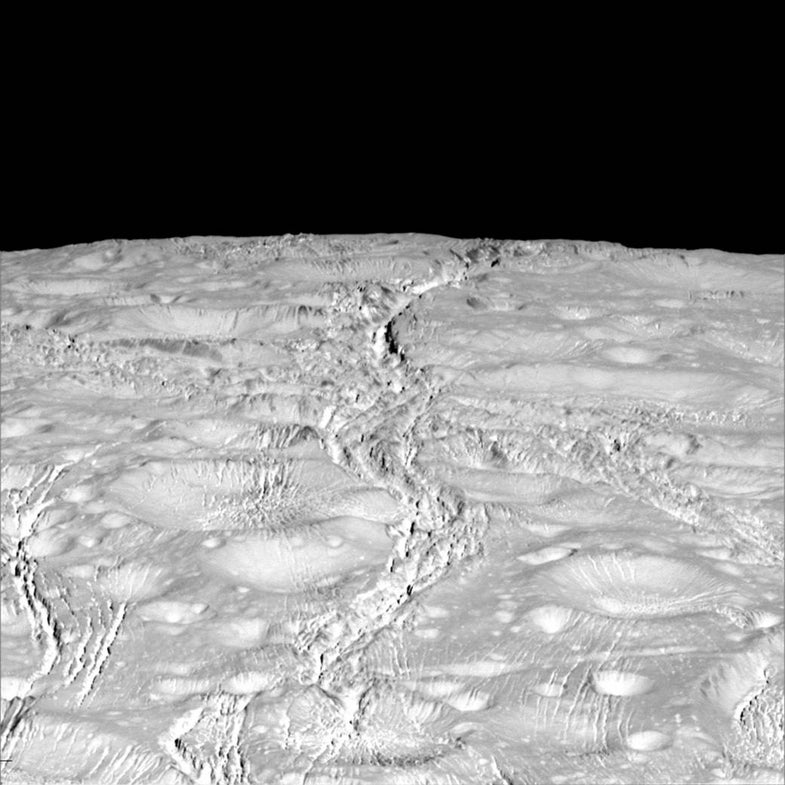 The Cassini mission, which has been giving us close-up looks at Saturn and its moons for more than a decade, has made its latest flyby of Enceladus, bringing us Earthlings our closest look yet at the moon’s northern region. On October 14, the probe soared about 1,142 miles above the north pole of the icy moon, finding the landscape to be marked by thin cracks through craters. The spidery thin cracks are now thought to be ubiquitous on Enceladus. During the first years of the mission, it wouldn’t have been possible for Cassini to peek at the north polar region, since it was shrouded in darkness.

This flight was one of the final three flybys planned for Cassini and Enceladus. The next will happen October 28, and will take the spacecraft a mere 30 miles above the surface in the south polar region. This trip will take Cassini through the geyser plume so it can sample some of what might be brewing under all that ice. The final Enceladus flyby is planned for December 19, which scientists hope will help measure the heat emanating from inside the moon.

Cassini will finish up its mission gathering more information about Saturn’s gravity, magnetic field, and rings, clouds, and more, before ending is 20-year run by falling into the planet’s atmosphere (so as not to contaminate the nearby moons). 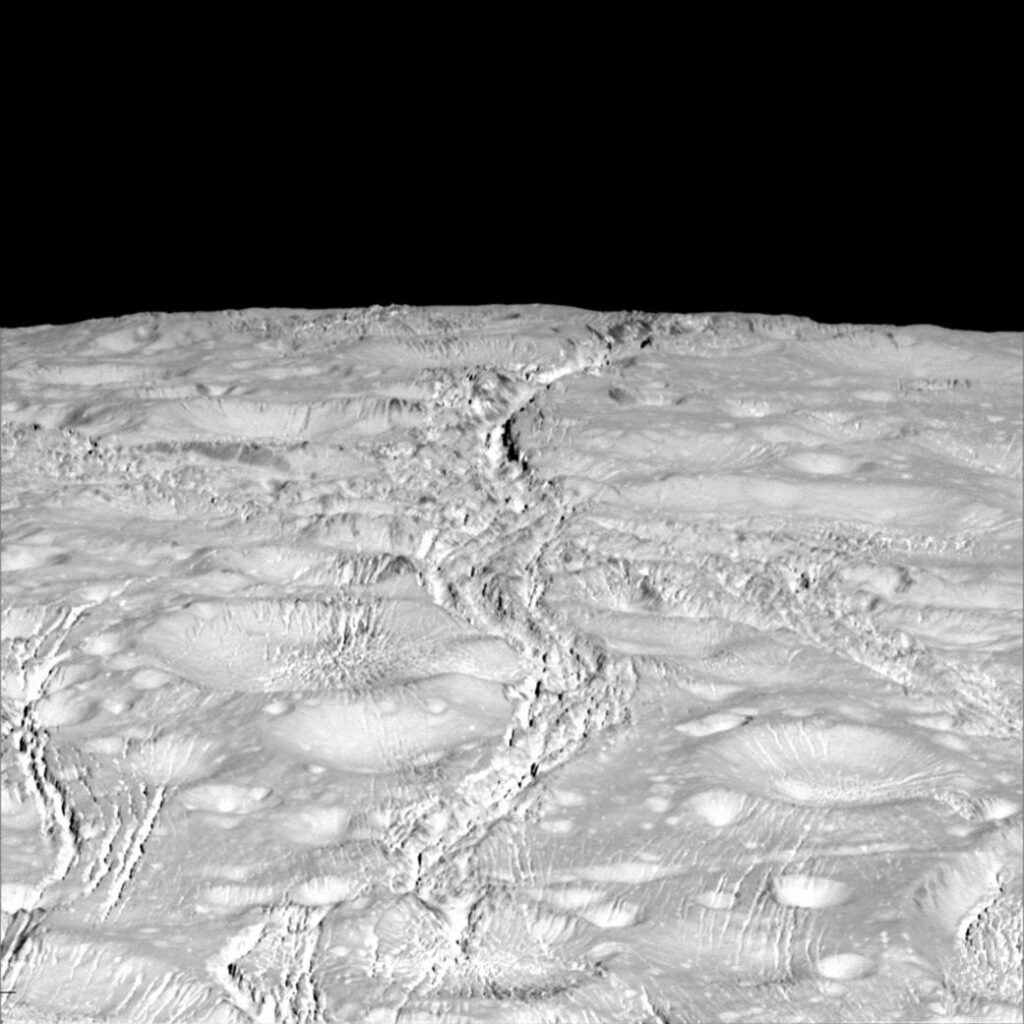 Enceladus’s north pole, as captured by Cassini on October 14, 2015 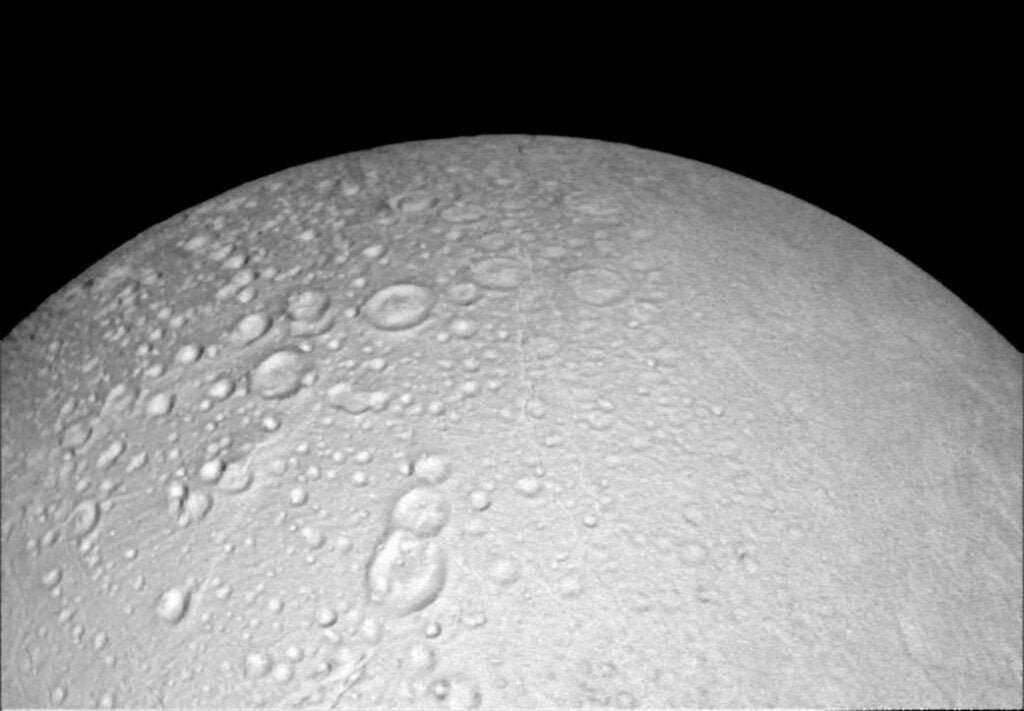 This image of Enceladus’s cratered northern region was take from 4,000 miles away 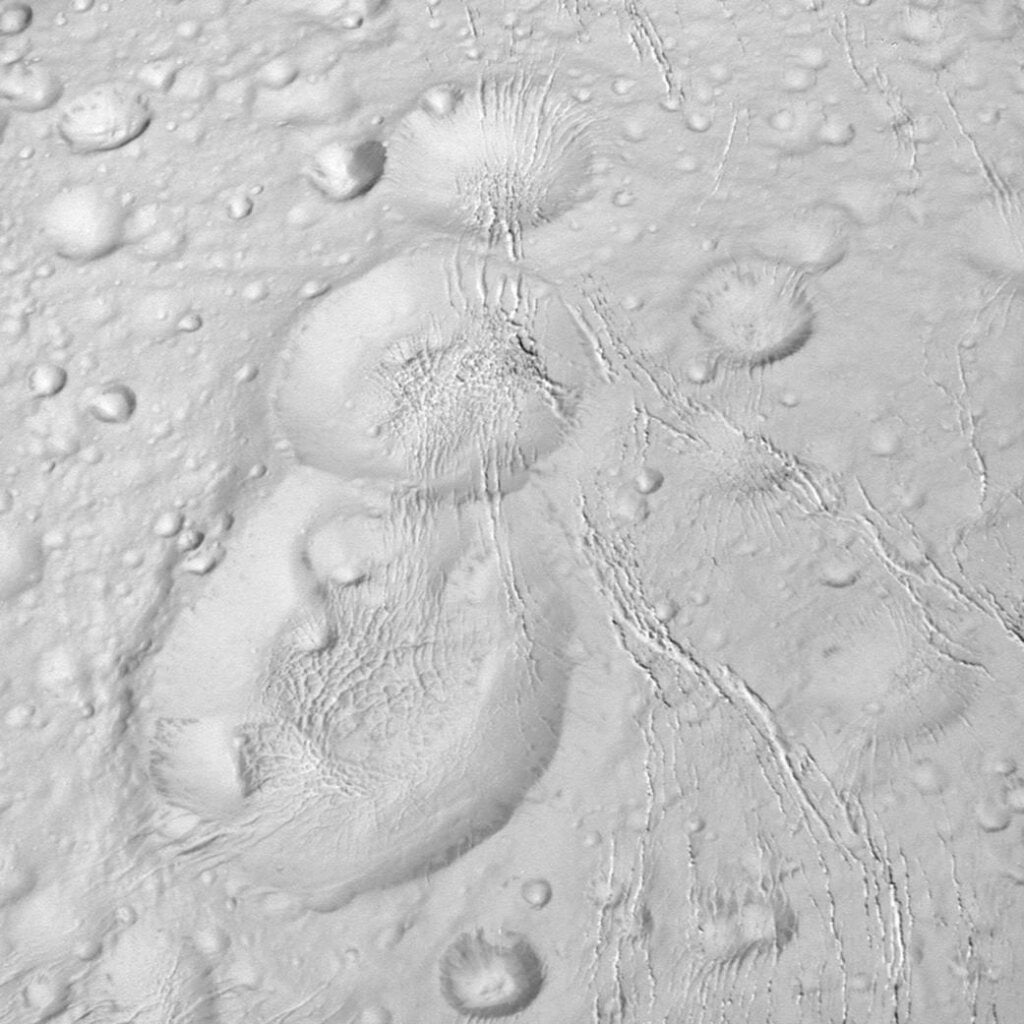 A trio of craters on Enceladus that resemble a snowman