But one thing's for sure: This creature of the deep has an incredible memory. 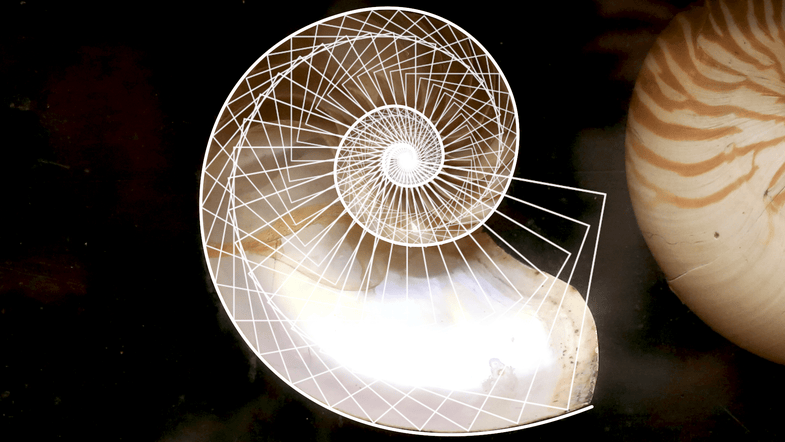 The nautilus shell is a famous fractal. Tom McNamara
SHARE

Number 51 loves frozen shrimp. The nautilus’ keepers, Brooklyn College professor Jennifer Basil and Ph.D. student Naomi Lewandowski, buy the marine meal from the Target across the street. They keep it frozen, and on a recent visit to the lab, Lewandowski lopped out a few pieces on a paper party plate for an impromptu afternoon feeding.

Along with a half-dozen other deep sea specimens, Number 51 spends her days in a cylindrical black tank, swimming, slowly and backward using jet propulsion, like a helicopter taking off tail-first. Sometimes, Lewandowski pulls the shelled cephalopods from their dark, watery shelter for a photoshoot. More often, these darkness-loving creatures are exposed to the artificial lights of the lab for an experiment or two—designed to test the memory, mating behaviors, and other secret skills of the nautilus.

Whether they reside in a research tank, or in the nautilus’s natural habitat about 1,500 feet under the ocean’s rippled surface, the species has an unnervingly ancient appearance. Number 51’s eyes are white, with a small black dot in the center, and no lens, like a pinhole camera. Her features seem strangely mishmashed—an evolutionary outlier like the platypus. Seeing a nautilus for the first time, one would be forgiven for asking if it’s a crab (there’s that stunning shell) or an octopus (its tentacles whir in the presence of food). Given the species has appeared in the fossil record for 500 million years with few visible changes—at least to the untrained eye—you may even be forgiven for asking if it’s a dinosaur, or one of those so-called living fossils.

The term “living fossil” dates at least as far back as 1859, when Charles Darwin is said to have coined the phrase in his book, On the Origin of Species. Darwin was describing a strange phenomenon he observed among sturgeon, platypus, and lungfish. Those species, he argued, experienced so little competition they were able to survive for millions of years unchanged. Countless scientists and journalists picked up on the phrase, which has been used everywhere from old articles on PopSci to peer-reviewed research papers in reputable journals.

But Nautilus 51’s keepers say the phrase is misleading. For one, it’s too amorphous to be all that useful scientifically. It’s “a catch-all for apparently any organism that has an interesting fossil record,” according to The Guardian. Additionally, the fossil record preserves very little, skewing our perspective of the past. Hardy objects, like the nautilus shell, may persist or leave imprints behind, but soft tissues typically disappear too quickly to make a mark. That’s why a detailed octopus fossil is a front-page discovery, while a common crusty trilobite is old news.

Then there’s the fact that the phrase “living fossil” is the biological equivalent of judging a book by its cover. Just because an animal looks somewhat similar over a long period of time doesn’t necessarily mean that it is. Every time an animal reproduces, it creates the opportunity for new genetic mutations to enter into the population of its species. Just because those changes don’t manifest in physically obvious doesn’t mean they aren’t happening.

An ancient nautilus shell may be easily identifiable, but other parts of the nautilus, from its soft tissue to its genome, have almost certainly changed in the same period. Those adaptations may be relatively small compared to, say, humans, who only emerged as a distinct species (Homo sapiens) in the last 300,000 years, but they can’t be counted out entirely. “I think it’s unlikely [the nautilus’s] ancestors had 90 tentacles,” Basil says by way of example. “I think that’s an adaptation to moving to a dark place where being able to taste and smell is adaptive.” Basil adds that the nautilus appears to be changing even today, albeit not always in ways we humans immediately understand. “They’re actually undergoing a period of rapid diversification right now,” she says.

Anthropocentrism could be clouding our appraisal of the nautilus—and perhaps other members of the animal kingdom—in more subtle ways, too. Basil has dedicated her life to studying the intelligence of the nautilus. She has used aquatic mazes to test the creature’s response to various stimuli and successfully demonstrated that the nautilus has an impressive memory. That makes it one of the oldest existing species known to be capable of learning. But even she sometimes struggles to communicate to others the unique abilities of these strange, slow-moving animals.

“They’re not highly visual,” she says of the nautilus. “Like, if you look at a cuttlefish, they look at you. Their tentacles orient to you. They look at you. Some of them will come up… and try and touch you.” The nautilus? Not so much. “We see nautiluses in the aquarium in the daytime, which is when they sleep,” Basil says. “You know if you looked at me at 3 a.m., you wouldn’t think I was that complex either.” These nocturnal habits, combined with their unusual eyes, may make us less inclined to consider the nautilus as impressive as lab tests have proven it to be.

Conversely, some animals are so visibly weird, humans seem compelled to create equally weird theories to explain their existence. In May, researchers published a dubious paper arguing the octopus came from space, instead of evolving on Earth like its cousin, the nautilus. Despite being lambasted by fellow scientists the world over, the authors continue to say that octopuses—with their blue blood, arms for brains, and squishy ability to squeeze into any crevice—must come from space. But as Sara Chodosh wrote for PopSci, “We have to stop taking away Mother Nature’s achievements.” While this branch of the cephalopod family is eye-popping, its genome is certainly a product of Earth and its unique evolutionary contexts.

Looking at a nautilus, you might be inclined to dismiss it as just another beautiful shell. But looks can be deceiving—especially in the natural world. In reality, the nautilus has an unusually large brain to body ratio and incredible olfactory abilities. It can survive at depths as low as 2,500 feet without exploding. And as Tom McNamara shows in his latest PopSci video, “Experimentals: Nautiluses,” they’re a magnet for metaphors, helping humans navigate math, medicine, and the mysteries of the open ocean.

If none of that persuades you to look beyond that spiraling shell, then maybe the nautilus’s capacity for memory will. Once Number 51 knows you thought it was nothing but a static swirl, it might not forget.