Events showcasing electric cars will be held in 174 cities worldwide 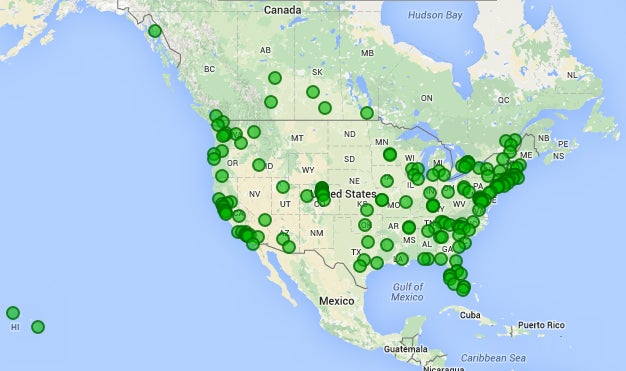 It’s nearly National Drive Electric Week, and you know what that means! Or maybe you don’t. Events celebrating and showcasing electric vehicles will be held across the globe (but mostly in the United States and Canada) September 12-20, 2015. As awareness and availability of EVs grows, so does Drive Electric Week, which this year has 182 local events in 174 cities on the calendar.

The usual suspects, like southern California, Florida, and the Seattle area, are well represented on the list, but there are a few surprises. Several events are being held across Canada, which isn’t so surprising, but Alberta and Saskatchewan each have a pair of events, and there’s one in Hong Kong. Cities known for their twentieth-century industries — such as Pittsburgh, Pennsylvania, and Rochester, New York — will show off their twenty-first-century sides at electric car celebrations, whether it’s for a day or a week.

There’s even an event this year in Oklahoma City this year, and it’s being organized by a guy who hauls oil from well to pipeline in an 18-wheeler. John Gallagher made a video asking Elon Musk of Tesla and Mary Barra of GM to send EVs to Oklahoma City — where Gallagher says that he’s never even seen an electric car — to his event on September 12. The idea is to allow people in the heart of oil country to become more familiar with electric cars and realize, as Gallagher says in the press release, “It’s not about being anti-oil.”

Gallagher’s call may be made a little tougher for those automotive execs to fulfill by the fact that the Nissan Leaf is the exclusive automotive sponsor of National Drive Electric Week, though vehicles of any make are encouraged to participate.

National Drive Electric Week, which used to be merely National Plug In Day, is presented by Plug In America, the Electric Auto Association, and the Sierra Club.