A daily dose of beautiful from the DSCOVR satellite 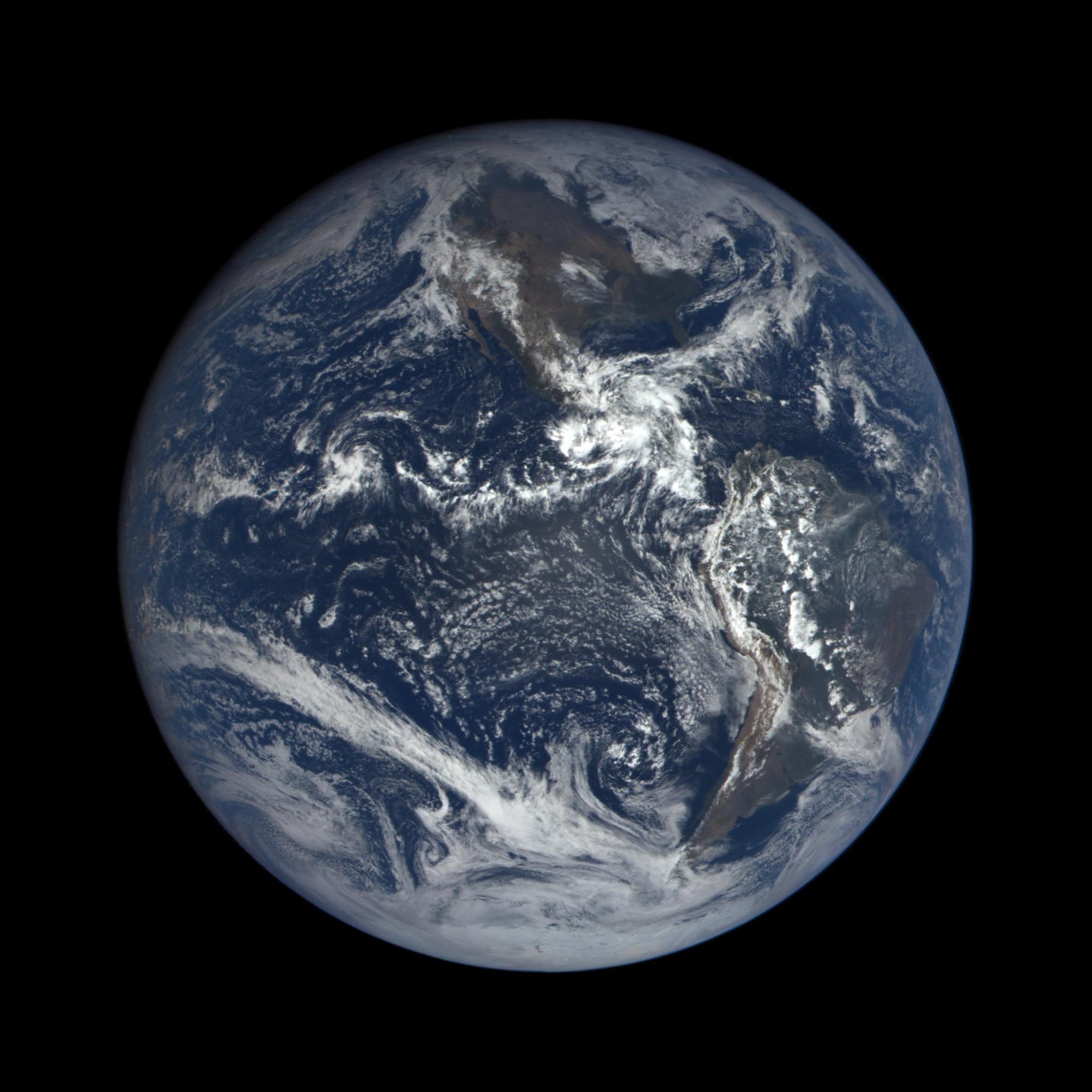 Time to add another website to your morning internet routine. After checking in on the latest news, head over to NASA’s new website, where fresh photos of Earth will be added on a daily basis.

Every morning, a minimum of 12 pictures from the Earth Polychromatic Imaging Camera (EPIC) on the Deep Space Climate Observatory (DSCOVR) will be added to the website. The sequence of pictures will cover the entire globe, so no matter where you live, you’ll be able to see a view of home from a million miles away.

DSCOVR is located in a stable position between the Earth and Sun, a million miles away from our planet. It was launched earlier this year, and has started sending back gorgeous pictures, including a fantastic image of the Moon photobombing the Earth.

DSCOVR has some high-profile supporters here on Earth, who were delighted when the site went live today:

DSCOVR will keep an eye on Earth, sending back pictures and measurements of our climate. It will also keep an eye on space weather, monitoring when the Sun sends out solar storms.

Solar storms are huge emissions of charged particles and a magnetic field sent out from the Sun at high speeds. When a solar storm interacts with Earth’s magnetic field, it creates beautiful auroras, but can also cause huge problems with modern technologies, from GPS to electrical grids. Having advance warning of an incoming storm gives utilities, governments, and people time to prepare in the event of a serious storm.

Here’s a video describing the role of DSCOVR: