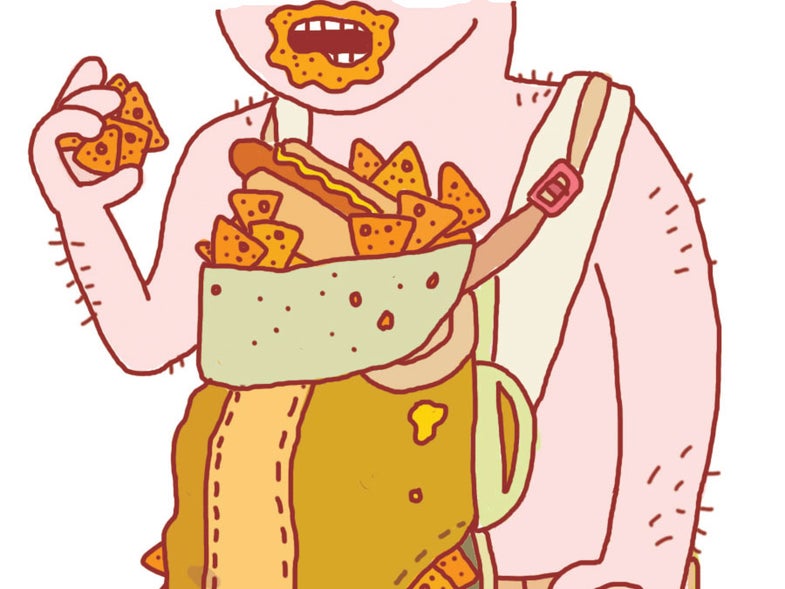 If you’re up on your Hollywood gossip, you’ve probably heard the term “dad bod”—a once-athletic build that gets extra padding after a man has kids.

In June, scientists proved it’s a thing. (As if we needed proof.)

Researchers at Northwestern University analyzed data on the body mass index (a weight-to-height ratio) of more than 10,000 American men over the course of 20 years. After controlling for factors such as age, race, and income, they figured out who put on the pounds.

Dads who live with their children showed a BMI boost of 2.6 percent. For someone 6 feet tall, that’s a gain of 4.4 pounds. Dads who live under a different roof saw an increase of about 2 percent (or 3.3 pounds). The BMIs of men with no children actually dropped 1 percent—they lost 1.5 pounds.

Pediatrician Craig Garfield, the study’s lead author, speculates that a higher BMI is likely due to lifestyle changes linked to fatherhood. Dads often have less time for exercise and more snack food around. “And,” Garfield points out, “we all know fathers who are the garbage cans to clear their family’s plates.”

This article was originally published in the November 2015 issue of Popular Science under the title “Dad Bod Is Real.”