Some great ideas never get old. These 30 BOWN alumni are still the best. 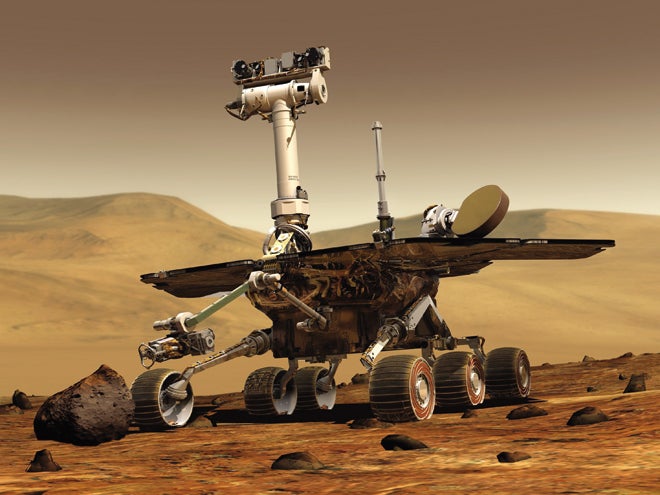 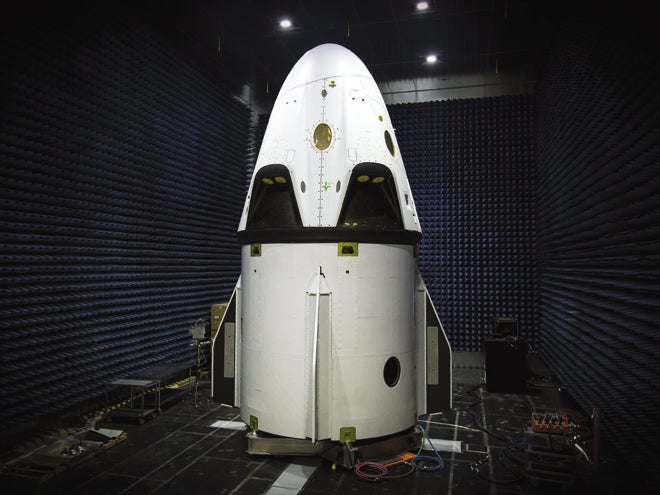 This unmanned capsule and flagship of private spaceflight is a glutton for firsts. Dragon was the first commercial craft to be recovered after reaching orbit, the first non-government vessel to ferry cargo to the International Space Station, and, this year, the first to make a repeat delivery to that orbiting lab. 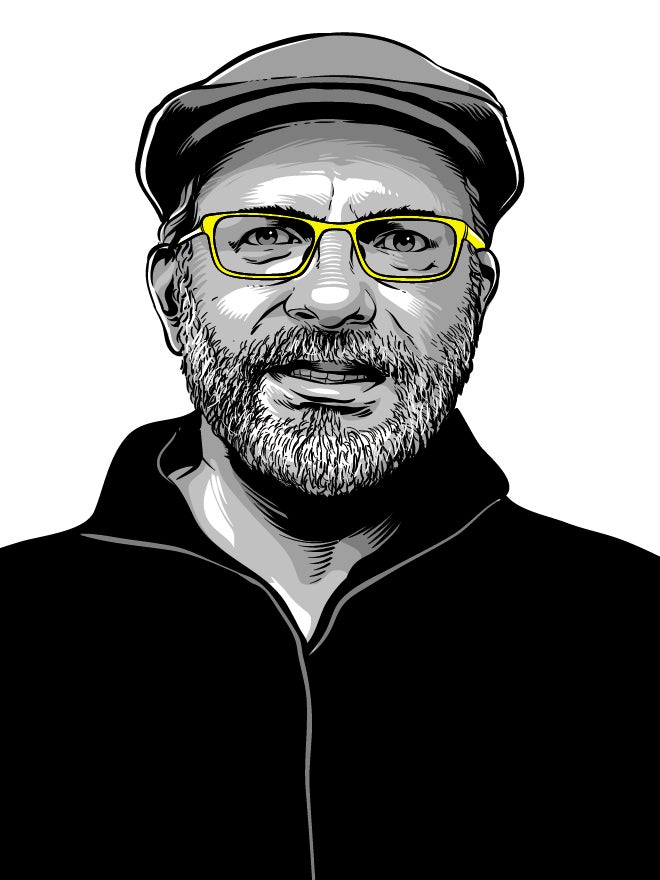 “Antilock-braking systems existed before ABS-VI debuted but always as expensive options on luxury and sports cars. This system, which cost half as much as its predecessors, democratized one of the most important automotive-safety techniques ever devised. Not only does it do its primary job (allowing drivers to retain control in a skid) brilliantly, but the adaptations of its core brake-pulsing capability have spawned most modern traction and stability controls. Now ABS is as elemental to car-safety technology as crumple zones, backup cameras, and airbags. It’s every driver’s first line of defense.” —Eric Adams, Aviation, Military, and Automotive Editor 2002-2007

For a year, the iPhone went without one of its strongest features. Then Apple opened up the ecosystem to developers. Today, the average user taps into 30 apps a month, handling tasks both mundane (refill a prescription) and insane (ID hot dogs).

Alexa might not have been the first virtual assistant to mind our schedules, shopping lists, and light bulbs, but more than Siri or Google Assistant or Cortana, it’s become modern life’s closest stab at the omniscient Star Trek computer. As of this spring, users had bought some 10.7 million Alexa-enabled devices, nearly 4 million of which are the flagship Echo speaker. At the sound of your voice, Alexa can carry out 15,000-plus skills—from ordering pizza and hailing a Lyft to queueing up Pandora playlists and checking security wait times at the airport. As developers teach it new tricks, the tech comes closer to a triumph that’s eluded the others: making smart homes usable. 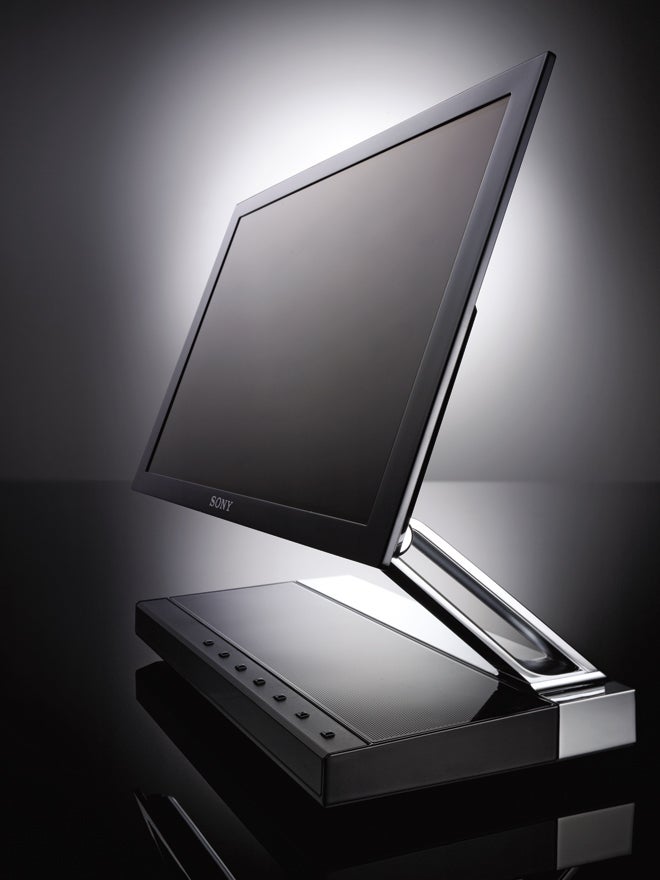 On paper, the first commercially available OLED TV doesn’t seem all that impressive. The screen was only 11 inches, it cost $2,500, and the picture wasn’t even 1080p high-def. In person, however, the XEL-1’s super-slim profile—just 3 millimeters—and ultradark black levels were unlike any other boobtube on the market. Now, OLED is the standard for smartphone displays and flagship flat-screen HDTVs. 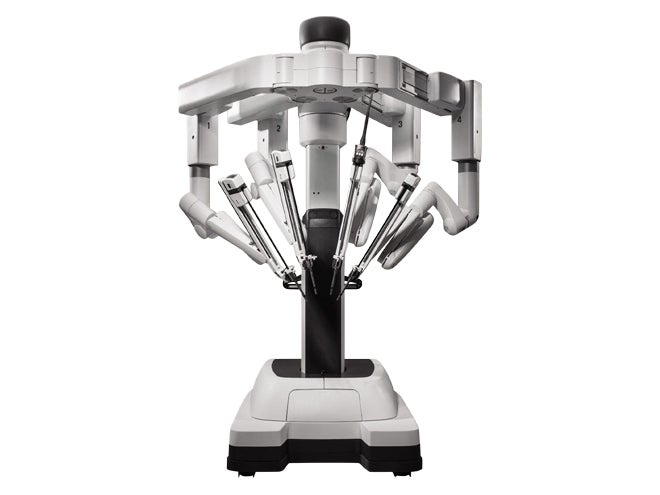 FDA approval of the da Vinci surgical robot sparked a revolution in laparoscopic surgery. A doctor controls four robotic arms carrying tiny tools inside the body, witnessing their handiwork on a high-def screen fed by a 3D camera. The setup is more dexterous and sees better than a human, and decreases the chance of error caused by natural hand tremors. Other bots have followed, but the da Vinci is still the only one approved in the U.S., and completes an estimated 200,000 operations each year. 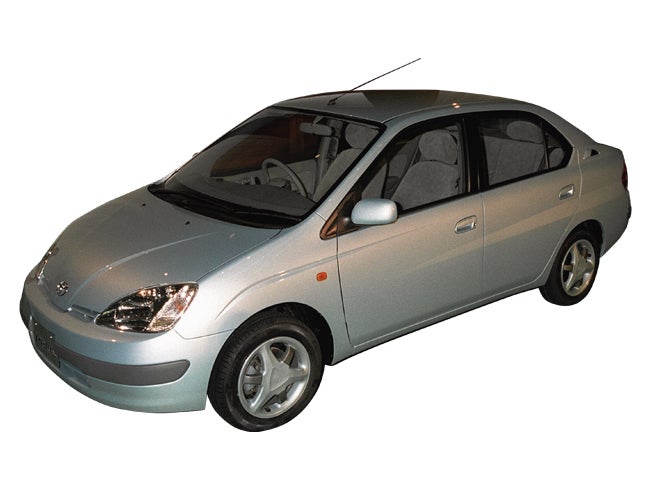 In the late ’90s, a car with both an electric motor and a gas engine hit the roads in Japan. Unlike the hulking SUVs popular at the time, the Prius prioritized fuel-economy ahead of horsepower. Twenty years later, the internal combustion engine is still going strong, but so are hybrids: To date, Americans have bought about 4 million. 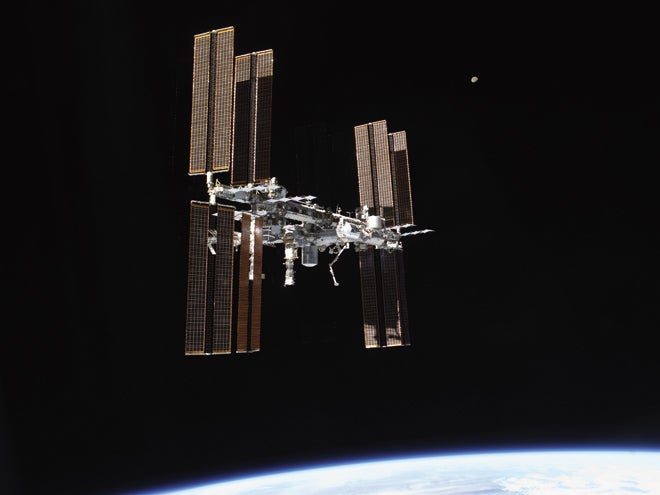 For nearly two decades, humans have lived just above the atmosphere inside a metal tube. On the International Space Station, scientists carry out otherworldly experiments, astronauts run marathons and create viral videos, and we continue to test the limits of humankind in outer space. 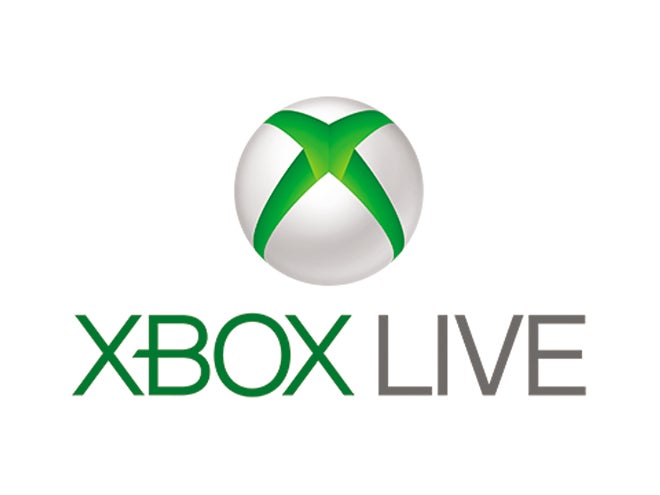 Fourteen years ago, the idea of watching TV shows—let alone binging them—via a streaming connection was beyond the average viewer. Xbox Live was first to offer internet-accessible content via a console. Today, nearly one-quarter of all homes have a connected set-top box, such as a Roku or Apple TV. 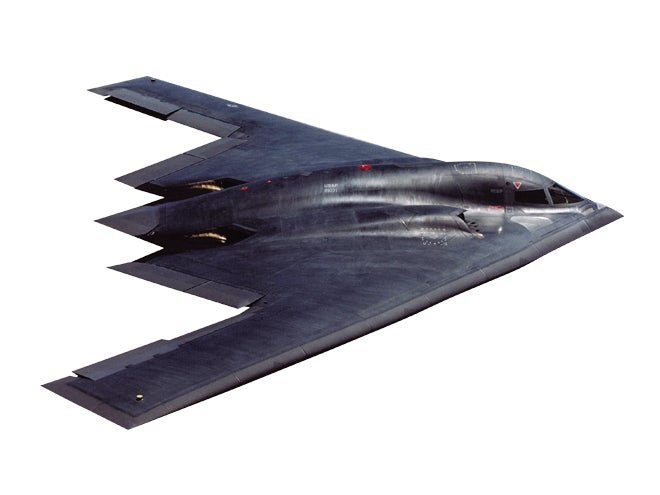 Perhaps the most iconic warplane in a generation, the B-2 can spirit up to 20 tons of munitions behind enemy lines—all completely undetected. The U.S. military still has 20 B-2s in active duty. One dropped the MOAB (or the “mother of all bombs”), the military’s largest non-nuke, in Afghanistan just this past April. 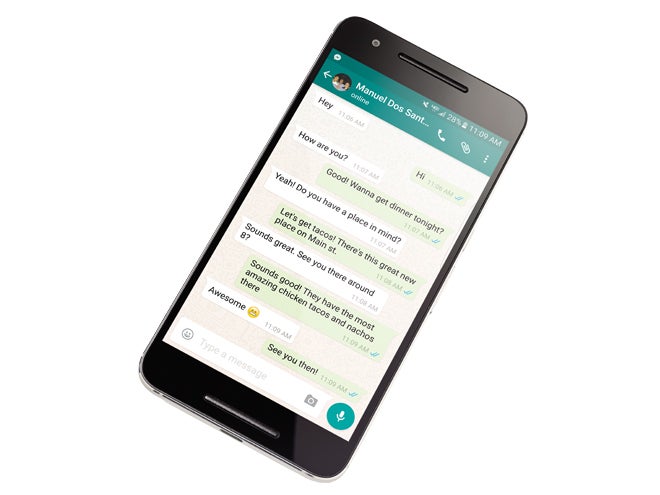 Turns out, all the average texter needs to run ’round snoops is WhatsApp, the world’s most popular messaging app. Encryption protocols for both voice calls and messages bring mobile security to more than 1 billion people. Mindful chatters can either scan a QR code or log a 60-digit PIN to keep their emojis on lock.

This prototypical predecessor to the long-gone EV-1 (of Who Killed the Electric Car? fame) would go spec for spec with modern electric vehicles by most counts. More important: Its 13-year run proved there was a mainstream desire for electric vehicles. GM scrapped the program in 2003, but the 2 million EVs on the road today probably wouldn’t be there without it.

When Oculus announced its personal virtual-reality system in late 2012, gamers weren’t buying into the immersive promises made by 3D television. The Rift, however, with its face-mounted double screen and surround-sound headphones, pushed beyond cheap depth effects and put players inside another world. The virtual-reality headset raised $2.4 million on Kickstarter—nearly 10 times its original goal—before Facebook bought the company for $2 billion in 2014. A leading force on the virtual-reality wave (also ridden by Samsung and HTC), the Rift has also proved its worth outside gaming; the military uses VR for field training, and researchers are experimenting with it as an immersion-therapy treatment. 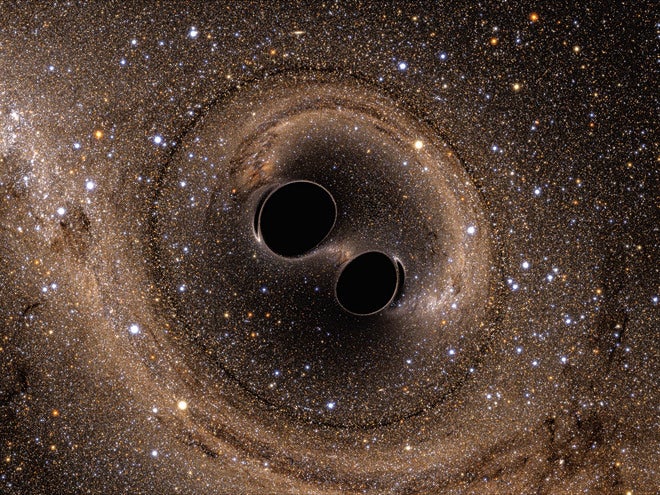 Spotting ripples in spacetime, some dating back to the big bang, confirms one of Albert Einstein’s theories. Studying these could let scientists spot celestial events like supernovas—and even chart the history of our universe. 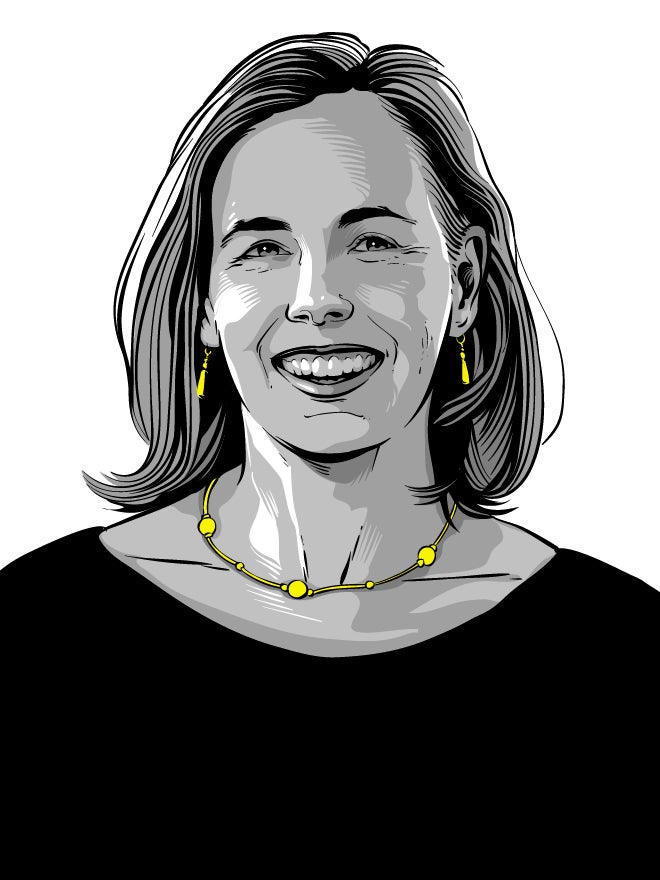 “Since the first Bluetooth devices hit shelves, we’ve been dealing with pairing problems, dropped connections, and drained batteries. Over the years, the tech has gotten more reliable and less power-hungry. Today, most of our daily device addictions—from wearable fitness monitors to headphones to car infotainment system syncs—rely on the wireless connectivity. Bluetooth is a technology that we love to hate, but we just can’t live without it.” —Suzanne Kantra, Technology Editor 1990-2006

The biggest knock against smart-home devices is that they’re a pain to set up—especially when you compare them with the Nest. Hardwired into a home’s HVAC, the thermostat tracks user behavior to build a custom climate-control schedule: up 5 degrees in the evening, down 5 when everyone’s at work. After a couple of weeks of manual adjustments, the device can run itself. Its AI also makes tiny tweaks that can pay out in reduced energy costs. 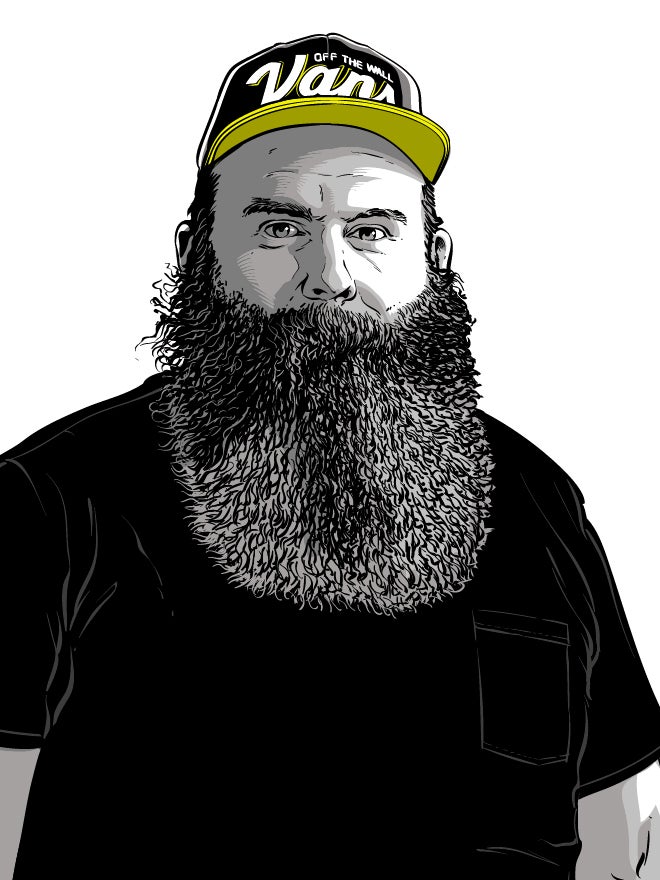 “The path to the camera in your pocket started here, with a digital imaging system as large as most modern desktop computers. Built into the husk of the Nikon F3 film camera, the $20,000 DCS had a 1.3-megapixel sensor and a memory unit the size of a small tote bag—that held only 156 images. But the system was a catalyst in the transition away from film, and included tech that remains in use today, like the filter that gives digital images color.” —Stan Horaczek, current Technology Editor, Photographer 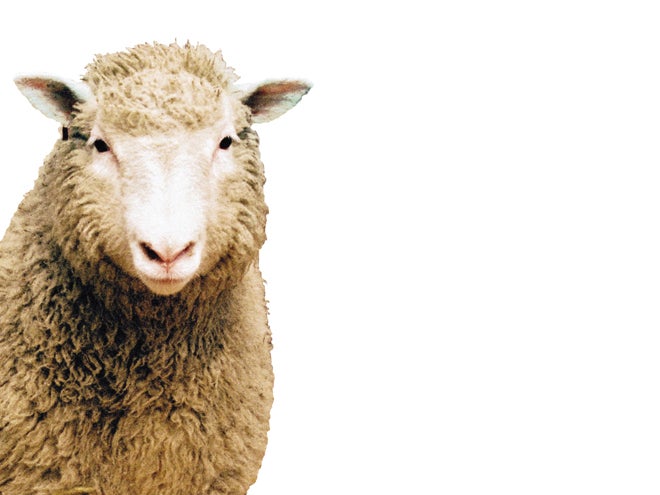 On average, sheep live 12 years. Though Dolly, the first cloned mammal, made it only half that life span, her xeroxed DNA wasn’t to blame—it was a lung infection common in captive animals. Twenty years later, no one’s making copies of lost loved ones or pets (as early cloning proponents speculated), but biologists continue to build on Roslin’s work to develop embryonic stem-cell therapies and to clone livestock.

If LEGOs are the yardstick against which all engineering toys are measured, then Mindstorms is the same for STEM toys. The difference: These bricks are programmable. The robot-building kits include the usual interlocking blocks, plus a series of motors and sensors and companion computer software for coding behaviors. Mindstorms spurred the creation of communities and robotics competitions. Newer versions also pair with smartphones (of course). 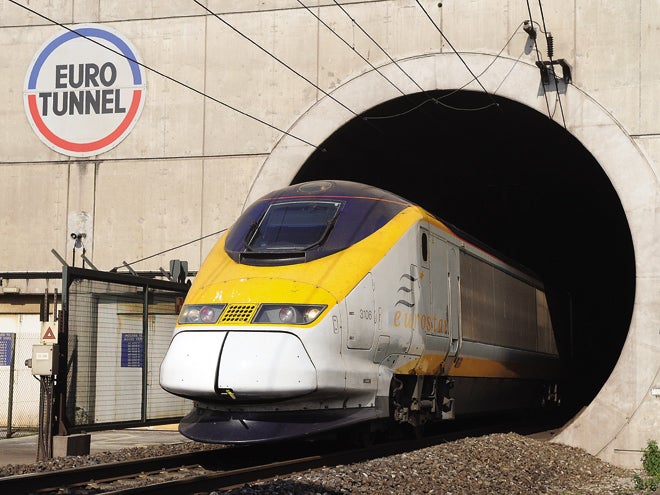 The Chunnel, 31 miles beneath the floor of the English Channel, is the longest under-water passage in the world. On average, 57,000 passengers pass through it each day, but its greatest impact is freight: More than 1 million tons go through annually, one-quarter of trade between Britain and mainland Europe.

The twin rovers Opportunity and Spirit were supposed to last for 90 days. Instead, Spirit transmitted for six years. Opportunity, now a teenager, is still trekking. Pathfinder may have been the first Mars rover, but Opportunity’s amazing endurance shows how far we can push our technology on a hostile alien world.

The skies—and the consumer drone market—were a lot less fun before Parrot announced this four-rotor flying machine in early 2010. The iOS– or Android-controlled AR.Drone had limited range and a low-res camera, but it was the drone that started a wave of hobbyist remote-controlled aerial vehicles. 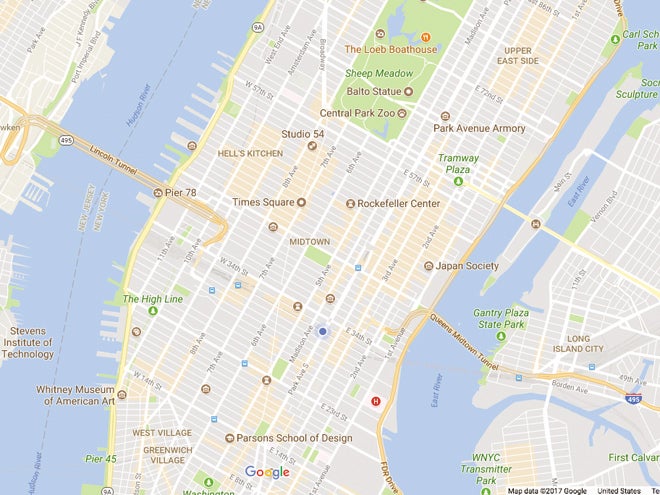 Beyond turning our smartphones into pocket mappers (see ya, GPS devices!), Google Maps provides the backbone for many of the most popular location-based services around, including Lyft, Yelp, and Tinder. Fifty-seven percent of app users rely on Google cartography to help them get around.

Stem cells found in adult bone marrow can grow into connective tissue like bone and fat. Applications include autoimmune therapies and transplant-rejection treatments.

The first browser to display images on the same page as text (instead of in a separate window) made the Web easier and more pleasant to read and navigate.

SETI@Home enlisted citizen scientists in the search for life. Users ran a screensaver, which crunched radio-telescope data while their desktops would otherwise sit idle.