3D-Printed Mars Colonies Are Coming To The Mojave Desert

A workshop this fall will fine-tune potential designs 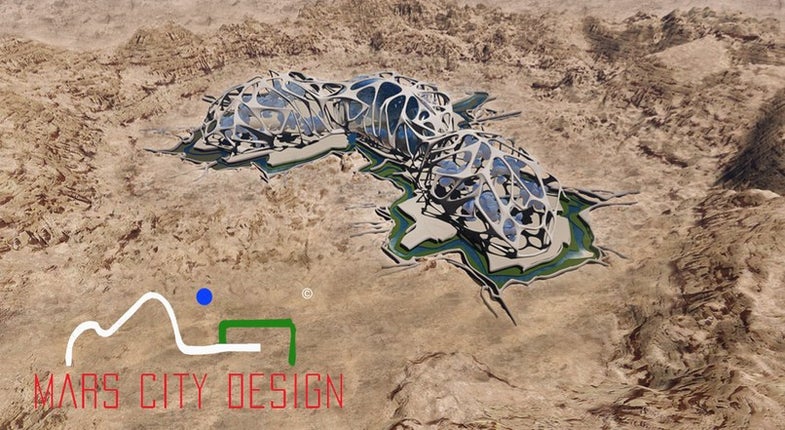 A colony (or three) fit for life on Mars is about to take shape in the Mojave Desert. Think tank Mars City Design has raised $30,000 on Kickstarter to fund a workshop to cultivate the blueprints. After challenging architects and engineers around the world to design a Martian habitat, Mars City Design has selected three teams to attend the workshop this September.

With the help of aerospace engineers, the finalists will refine their prototypes, which all rely on rocky material called regolith that is plentiful on the Martian surface. If all goes as planned, the colonies will be 3D-printed at full scale and ready for testing within three years.