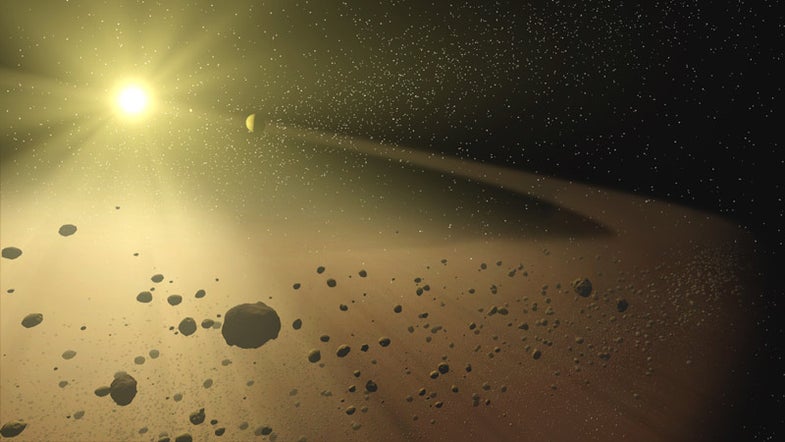 In 2009, Canada plans to launch a suitcase-sized spacecraft that will be charged with spotting asteroids that could be on a collision course with Earth. There’s already a big ground-based program underway. NASA regularly identifies and tracks asteroids, calculating the likelihood that they could at some point run into our pale blue dot.

But the Canadian Space Agency thinks that its Near Earth Object Surveillance Satellite might be able to identify risky rocks that grounded telescopes can’t see. And its total cost to build and launch will be just $10 million. So, even if it doesn’t prove to be much better than ground-based observatories, as some experts suggest might be the case, the CSA won’t be blowing its budget. And if it does spot a threat that NASA’s NEO program doesn’t catch, we’ll all be saying thank you, before sending Bruce Willis up to blow the thing apart.