We might not have yet found evidence of extraterrestrial intelligence, but SETI has more than proven its worth with its success in distributed computing 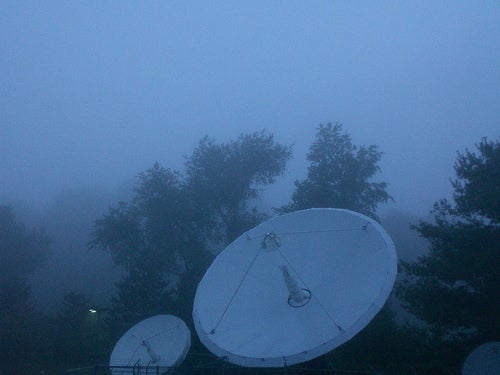 Satellites are used to collect radio signals from deep space, which are in turn analyzed using PCs around the world. ryaninc
SHARE

SETI@home—part of the Search for Extraterrestrial Intelligence—is one of the earliest successful distributed computing projects. Its intent is to discover the presence of extraterrestrial life by analyzing radio signals from deep space. I remember the excitement of joining in late 1999, watching the candy-colored bars make their way across the client screen as my computer worked to detect meaningful variations in the cloud of noise. SETI has not yet been successful—that would be pretty big news—but the distributed computing model that has come out of it has.

The concept behind these projects is simple: researchers who have tremendous amounts of raw data and no possible way to process it all themselves split it into tiny chunks and subcontract it out. When you sign up for a distributed project, your computer gets these bits and works on them when you leave your desk to get a coffee or take lunch. When it’s finished, it sends a chunk back and asks for another. Scientists are using them for everything from finding cures for diseases to breaking cryptographic ciphers.

SETI takes its cue from a 1961 formula called the Drake Equation, which was created to hypothesize the number of civilizations in our galaxy with which we might be able to communicate. That number ranges widely because the variables in the equation necessitate educated guesses and estimations. It would stand to reason that the formula would have been refined over the years, but the New York Times is reporting that that is not the case. It has held up surprisingly well (for such a nebulous equation, “held up” is a relative phrase). Data collected since the 1960s, which can be used to support the original estimates, has proven those estimates to have been accurate. The rest will likely always leave us to wonder.