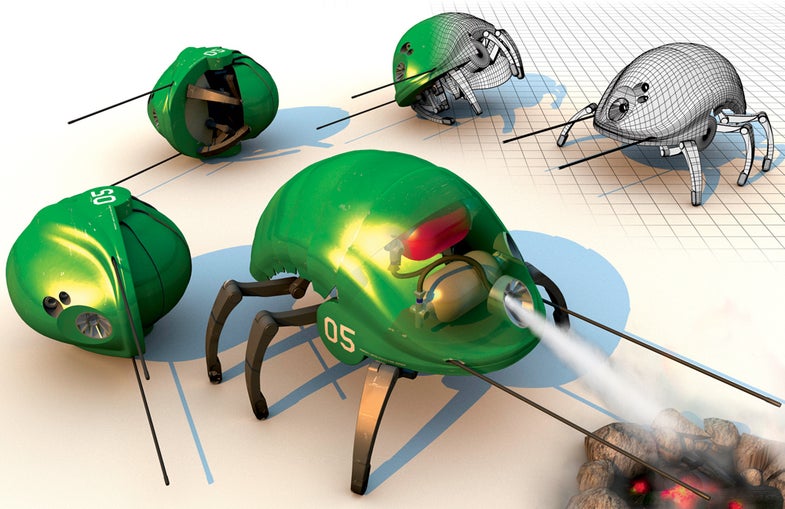 Shifting through the mossy undergrowth of Germany’s Black Forest, antennae raised and leg joints quietly clicking forward, OLE (pronounced “oh-luh”) is a St. Bernard–size bug on the prowl. But this mechanized insect isn’t a scavenger—it’s a guardian.

Only a concept now, OLE (short for “Off-road Loescheinheit,” which means “off-road extinguishing apparatus” in German) is a product of the industrial-design studio at the University of Magdeburg-Stendal, about an hour and a half west of Berlin. A robot equipped with tanks of water and powdered fire-extinguishing agents, OLE would be autonomous and guided by GPS, intelligent feelers, and infrared and heat sensors. Design professor Ulrich Wohlgemuth, along with biologist and robot-systems manager Oliver Lange, students, and members of the design firm Transluszent, collaborated on the concept, inspired by the interlinking armor of the common pill bug, Armadillidium vulgare.

That armor is OLE’s fireproof suit. The six legs have a similar protective purpose. “Walking can be nice, but it is generally useless for robots,” Lange points out. “Nature invented walking because it cannot invent the wheel from flesh and blood. In this case, though, if you have wheels, you always have contact with the forest. The concept behind OLE is that he’s digging, and he’s near heat. Legs don’t always have contact with heat.” And from a roboticist’s perspective, six legs is the perfect number, providing stability and making it easy to calculate movement points.

The designers have suggested two different ways for OLE to do its job. One idea is to place the robots in potential hotspots near towns and campgrounds, where they would remain balled-up, waiting for their sensors to pick up fire within a half-mile radius. Another idea is for the ‘bot to patrol the woods, actively searching for blazes, although battery life and forest obstacles would limit its range.

Wohlgemuth says a working OLE would be made from fire-resistant ceramic-fiber compounds that could withstand temperatures up to 1,850°F. Each one might cost between $125,000 and $200,000 and weigh 150 to 200 pounds. And in case pranksters wanted to steal one of them from the forest, a GPS beacon on board could be used to track it down.

Forest-fire experts are open to OLE, though many believe that it would be a better scout than firefighter. Margaret Simonson, a fire researcher at the SP Technical Research Institute in Sweden, says the robot would be best used to direct air-dropped firefighting crews. And Henrik Bygbjerg of the Danish Institute of Fire and Security Technology doubts that it could put out anything other than the smallest fires.

There’s no current plan to put OLE into production, but its designers believe that it’s more practical than it might sound. Forest fires in Europe burn approximately 1.25 million acres every year. At that rate, an effective force of fire-controlling robots starts to sound attractive at nearly any price. 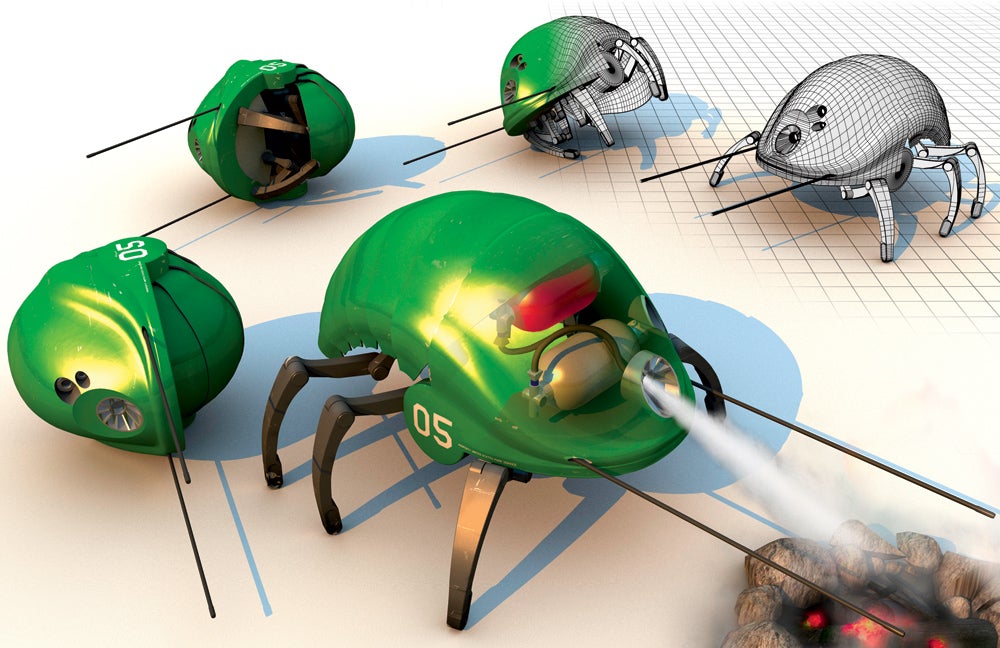 This autonomous firefighting robot gets its self-preservation instinct from its (very distant) insect cousins. 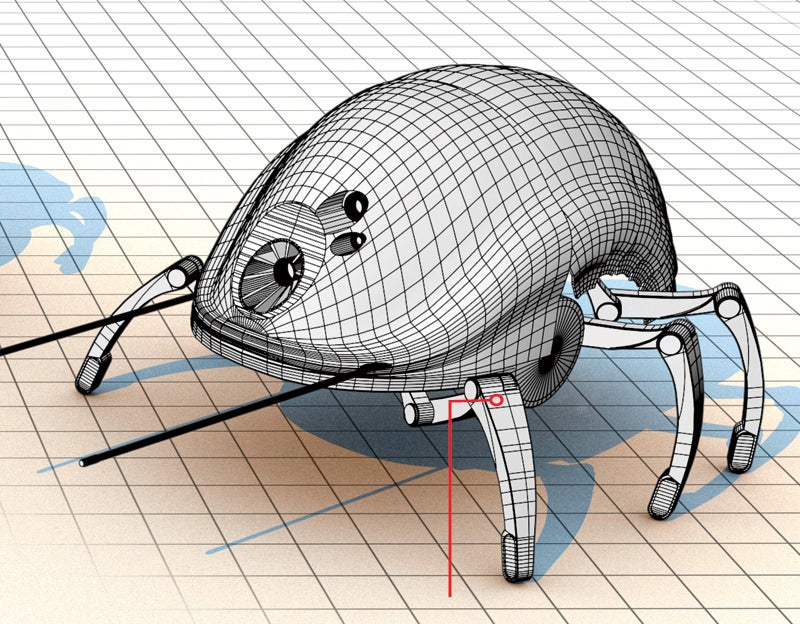 OLE would be propelled by hardened segmented legs rather than wheels, minimizing the firefighting robot’s contact with hot ground and cinders. Six legs is an ideal number: It’s stable, and it makes it easier for roboticists to calculate movements. 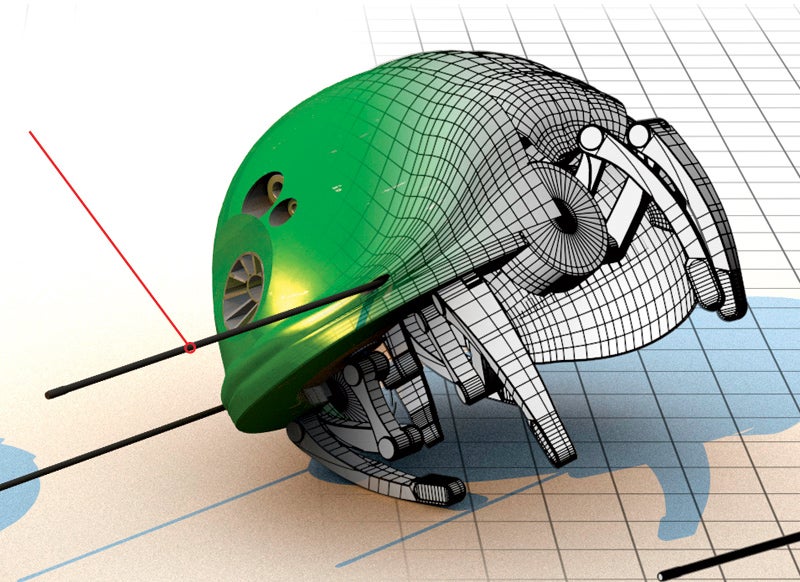 Infrared sensors guide OLE to fires within half a mile. Experts suggest that the robot would be most effective as a spotter; it would scout out fires that an airdropped crew would then extinguish. 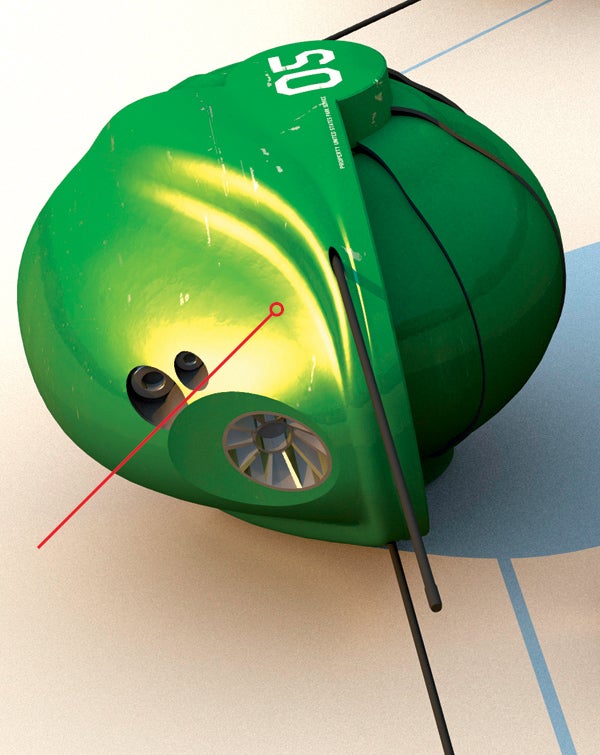 A segmented shell of heat-resistant ceramic-fiber compounds would protect the guidance system, onboard sensors and power source from harm. 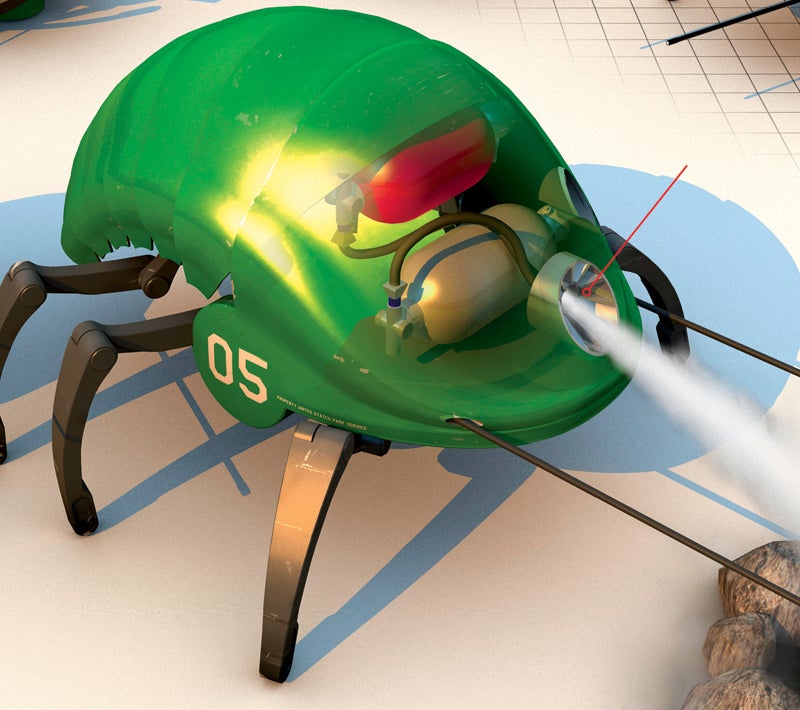