Falling Satellite Probably Not a Danger 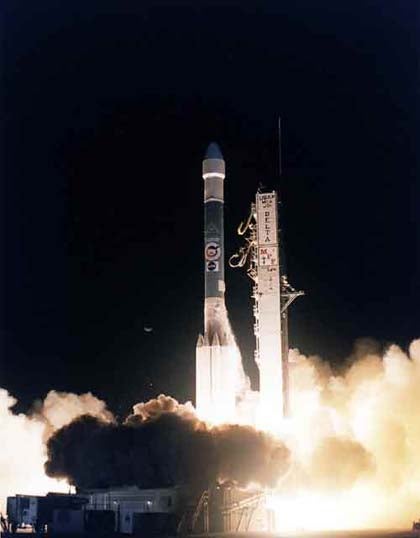 It started out as a 10-ton satellite packed with hazardous materials plummeting towards Earth. Then it dropped down to 4 tons, and the materials turned out not to be hazardous. Details are still sketchy, but it now seems clear that the NROL-21 USA-193 satellite that failed just hours after its December 2006 launch is now on its way back down to Earth. Should we be worried?

From the always informative John Pike of GlobalSecurity.org:

“Is there a public safety hazard? Probably not. Is there a risk of sensitive technology falling into hostile hands? Possibly. Is this yet another milestone of failure in a surprising troubled intelligence satellite program? Evidently.”

Pike suspects that the story will be back in the news again in a few weeks as the satellite approaches reentry, and its probable landing spot becomes clear.