Only 13 percent of the world’s oceans are still wild

The forecast isn’t looking great, either. 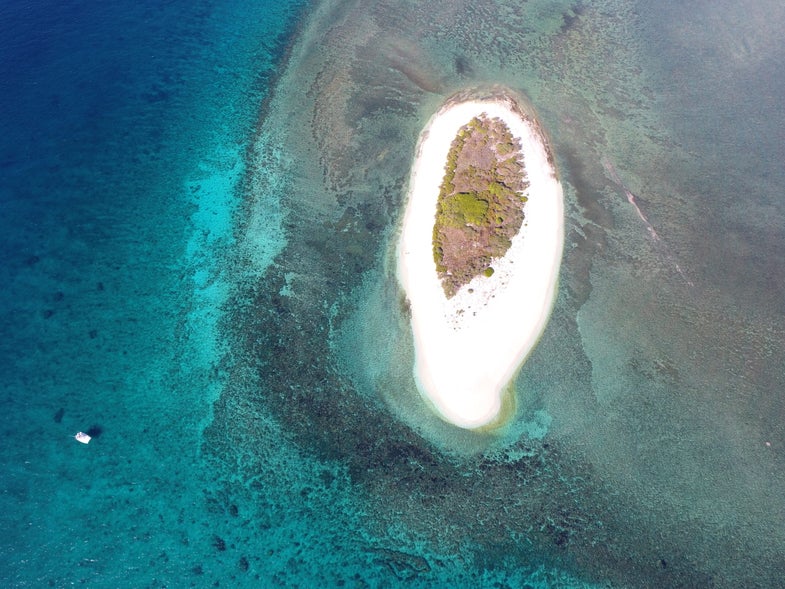 There are only a few remote spots left in the world where marine life remains untouched. Bruce Rocherieux
SHARE

Reaching the deepest depths of all the world’s oceans seems unfathomable. But new research suggests we’re getting close, and that’s not a good thing.

Only 13 percent of the planet’s ocean waters are still considered truly wild—meaning free from human activity—according to a study that came out Thursday in the journal Current Biology.

After years analyzing comprehensive datasets of the Earth’s oceans, conservation biologist Kendall Jones was disheartened to discover that more than 118 million square miles of ocean ecosystems are unable to function naturally due to human impacts like commercial shipping, fertilizer runoff, and fishing. Of this small slice of remaining marine wilderness, the study also found that less than half is in protected marine areas.

“It’s concerning because those unimpacted places in the ocean allow a lot of ecosystems to function,” says Jones, a PhD candidate at the University of Queensland, and lead author of the study. “Maintaining these impact-free areas of the ocean is important for maintaining the entire ocean, not just the health of specific wilderness areas.”

Polar realms like the Arctic and Antarctic are among the only waters left with untouched marine ecosystems. But between rapidly melting sea ice due to climate change, and potential proposals that could have disastrous effects on the environment—like the Trump administration’s recent consideration to flood the Arctic with diesel-run equipment to drill for oil and gas—even these frigid frontiers may not be safe for long.

Jones says barring some isolated areas near Pacific Island nations, almost all of the world’s coastal regions have little to no genuine marine wilderness left. Even coastal areas with high biodiversity have had their ecosystems dramatically altered by disruptive operations like dynamite fishing.

“Even when you don’t have devastating blast fishing or heaps of commercial shipping, lower levels of human impact by fishing can still really change the way that these ecosystems function,” he says. It’s not so much that these regions are underwater wastelands, totally devoid of life, but rather that humans have impacted the ecosystem enough for them to not truly be wild anymore.

It’s a domino effect, Jones says. Overfishing can kill off top predators. When those are gone, populations of smaller fish balloon. Normally, these fish graze on coral reefs, which normally keeps them clean and pristine, but too much nibbling can damage or even destroy reefs. These reefs not only house marine life, but also protect shorelines from storms and floods by acting as a buffer—and, of course, rake in billions of tourism dollars.

There are even more detriments to marine life that the study didn’t include, like plastic pollution. Considering the eight million tons of plastic washing into the ocean each year, Jones says their estimated 13 percent could be modest.

Researchers like Gavin Foster, a professor of isotope geochemistry at the National Oceanography Centre, Southampton, are concerned about what we’re indirectly putting in the water, too. Roughly 25 percent of all carbon dioxide released into the air from burning fossil fuels is absorbed by the ocean. Excess CO2 in the water can prevent shelled organisms from forming their hard, protective outer layers, and may even cause fish to lose their sense of smell.

In a recent study published in the journal Earth and Planetary Science Letters, Foster was able to reconstruct the pH of the ocean’s surface millions of years ago by studying tiny, fossilized shells of ancient sea creatures. If we keep up our current rate of CO2 emissions, Foster predicts that by 2100, the ocean will be more acidic than it has been in 14 million years. Global effects like that will effectively mean there will be no wilderness left anywhere in the world’s oceans.

“What’s really unusual about what we’re doing now is the rate of climate change. It’s unprecedented,” Foster says. “The last time we saw a rapid warming event like this was when a meteorite killed 76 percent of the species on Earth.”