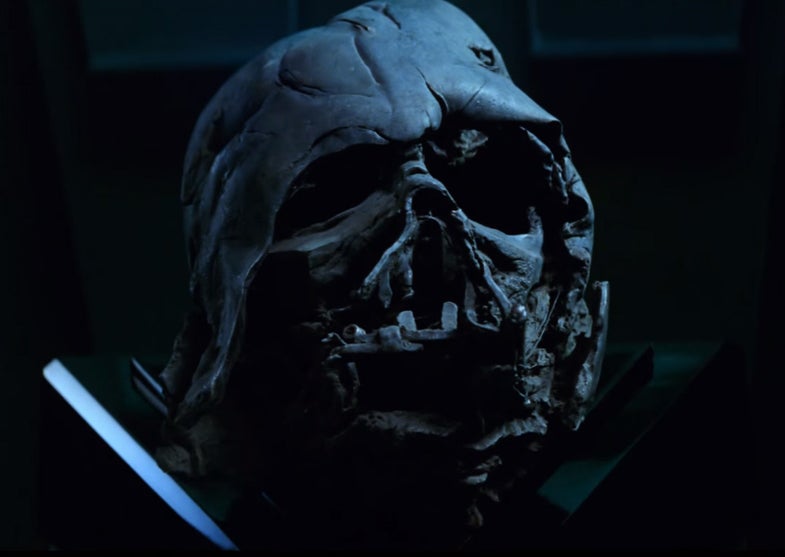 In a month, Star Wars fans will flood already-sold-out theaters to see the latest installment in the beloved, long-running franchise. As that day gets closer, the Star Wars-obsessed (and, um, the media) are poring over every last detail released, trying to read in the trailers if The Force Awakens will be a stunning New Hope or a disappointing Phantom Menace. The latest 30-second TV spot, released today, gives us at least one new glimpse: characters manning turrets on what is almost certainly the Millennium Falcon:

Reminiscent of the gun-turrets of World War II bombers, the Millennium Falcon’s rotating guns gave Luke Skywalker his first taste of aerial combat, and we can expect to see the Falcon’s crew dispense with some pursuing TIE Fighters.

The trailer also highlights Kylo Ren, the new Sith leader who pledged to Vader. As Washington Post columnist Alexandra Petri correctly notes, the biggest problem with the prequels wasn’t Jar Jar Binks, but how completely unconvincing Hayden Christensen’s Anakin was as a love-mad Jedi whose passion drove him to evil. We haven’t seen a lot of Adam Driver’s Sith, but what we’ve seen is far more convincing of dark menace.

Watch the new trailer below: