Iterating toward the apocalypse 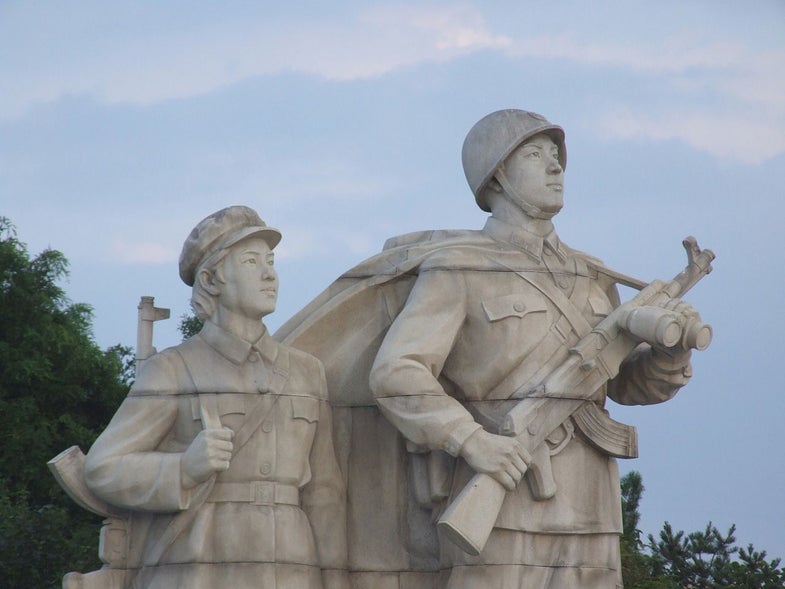 North Korea is getting better at missiles. The rogue state, hermetically sealed in a totalitarian cult of personality, has been the only country to develop and test a new nuclear weapon in the 21st century. It doesn’t yet have a way to put a nuclear warhead into another country, though. Yesterday, the Democratic People’s Republic of Korea test-fired two missiles. One failed, as they usually do. The second missile launch might have been North Korea’s most successful test yet.

That’s quite the range: almost reaching Japan’s Air Defense Identification Zone, an area of sky in the East China Sea above the contested Senkaku islands.

The missile test is the latest activity in a busy and uncomfortably successful year for North Korean technological success. Last December, North Korea tested a submarine-launched missile, which wasn’t as successful as its edited propaganda film made it appear. In April, North Korea had a much more successful submarine missile launch. In January, North Korea tested a nuclear weapon it claimed was a hydrogen bomb, and while it was underwhelming on a seismic scale, the country is still showing off its warhead design, and restarting its plutonium production.

For years, the predictable failure of North Korean weapons was a reliable punchline inside the beltway. With each more successful test, and with the country showing few signs of stopping, the jokes are becoming more tinged with gallows humor. The weapons aren’t deadly, yet, but they’re getting closer, and the country keeps making them.