How To Take Pride In A Shark Autopsy, And Other Lessons From Mike Rowe 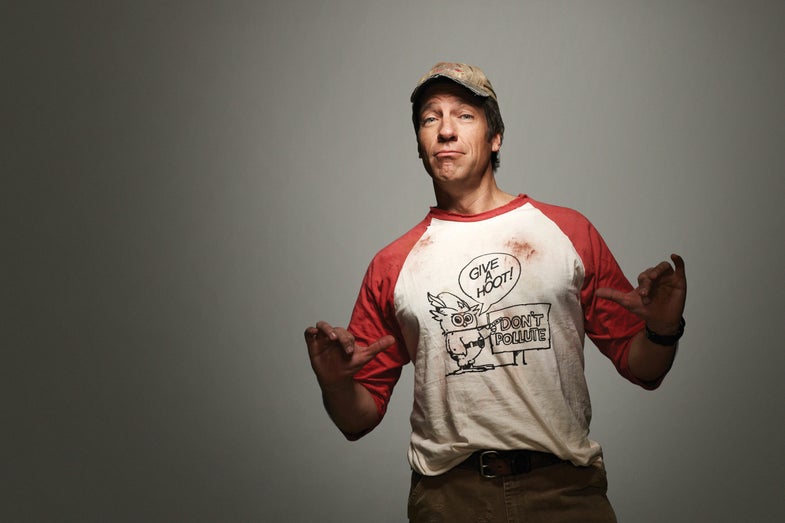 As the longtime host of the show Dirty Jobs, Mike Rowe tried out hundreds of distasteful tasks. Now he’s got a new job himself: Each week on CNN’s Somebody’s Gotta Do It, he seeks out people passionate about weird work. Rowe, in other words, knows a thing or two about why someone would toil at labors no one else wants.

Popular Science: What’s the worst job you’ve ever had?

Mike Rowe: For all I’ve done, I really hated selling magazines over the phone to get through college. For whatever reason, I was good at it, and it paid me a lot of money. But I learned that just because you are good at something doesn’t mean you should do it. If you’re going to be happy, you need to separate your passions from your results.

PS: What’s the most important thing you learned from doing dirty jobs?

MR: The realization it has to be done. For example, when we were replacing wooden water tanks on the roofs of buildings in Manhattan—you’re way up in the air and you’re pulling apart the very thing you’re standing on. You’re on a beam swinging a sledgehammer all day long. But the guys in the crew, they don’t look at themselves as construction workers doing manual labor, they look at it as a job that allows eight million people to have water. They see themselves as lifesavers.

PS: Do other people see them that way?

MR: Well, it’s a problem that the skilled trades don’t get a lot of love. We currently find ourselves as a country with one trillion dollars in student loans and three million available jobs that require skill but not a four-year degree. There are a lot of kids with college degrees in their parents’ basements, completely educated but totally untrained for the jobs that exist.

PS: What attracts people to jobs that few others find appealing?

MR: When I was going out to a shark autopsy, I thought I’d meet people who felt they had drawn the short straw. But again and again, we found people who so loved the challenge and the stink and the grime—and took huge pride in the fact that they were doing something the average person wouldn’t want to do. They’re usually into it up to their elbows, and at the end of the day, they can see progress in a way that people in other vocations don’t.

PS: Do you hope there’s something to gain from exploring the world of weird work?

MR: Personally, I don’t think there is such a thing as a good job or a bad job. Part of this country’s problem right now is that people approach work this way. To be happy, you think you have to get one of the good jobs, and the minute you start operating with that assumption, you’ve just narrowed your possibilities for happiness by a lot. That’s really the big lesson.

This article was originally published in the February 2015 issue of Popular Science, as part of our Top 10 Worst Jobs In Science feature.