The early internet was a haven for trans youth

Back in the '80s and '90s, the world wide web offered a place for exploration and expression. 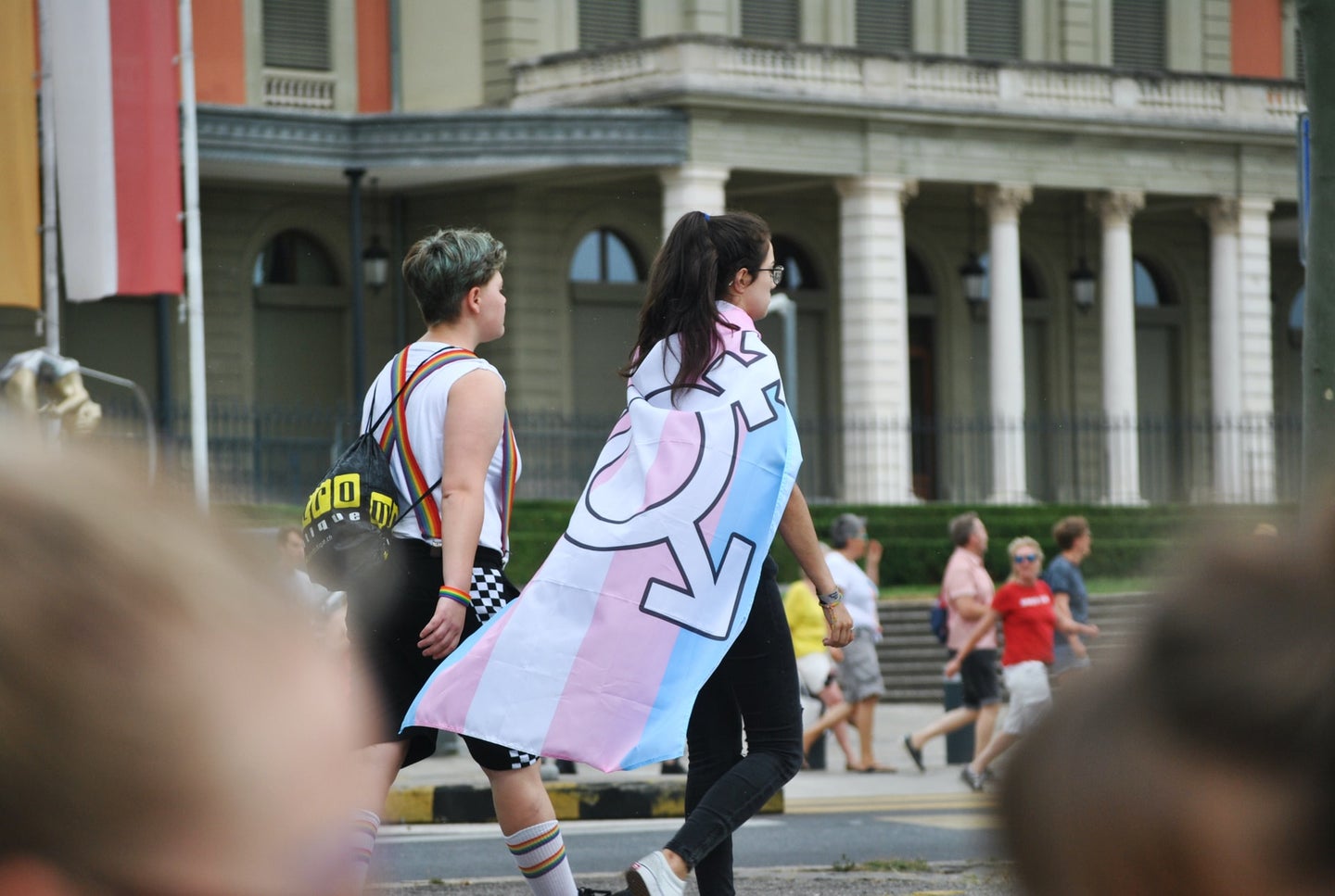 Before TikTok, there were online bulletins and free homepages. Delia Giandeini/Unsplash
SHARE

Avery Dame-Griff is a sitting assistant professor in Gender, Women’s and Sexuality Studies at Appalachian State University. This story originally featured on The Conversation.

Follow coverage of trans issues, and you’ll hear some people say that teens who change their gender identity are participating in a fad, and that social media is the culprit.

As one proponent of legislation that would restrict access to care for trans teens claimed, social media platforms are where trans youths are falsely “convinced” that their feelings of identifying as a gender other than the one assigned to them at birth—known as gender dysphoria—are valid.

These fears of Instagram, Tumblr and TikTok as breeding grounds for instilling gender dysphoria in young people recall other moral panics over new media, from the Victorian-era paranoia that serialized stories called “penny dreadfuls” were going to incite a youth crime wave to 20th-century anxiety over children’s exposure to violence on television.

Moreover, it ignores the long-documented history of trans youth in North America, while assuming that trans youth using media to find social support and build community is somehow a new phenomenon.

As I’ve found in my research on early digital trans communities, trans youths have been online since the late 1980s. They weren’t seeking out information and community because their friends were all doing it. They were doing it of their own accord.

For a long time, adults within trans community organizations largely avoided contact with legal minors. Even though many had recognized their own cross-gender feelings from a young age, they feared backlash from parents or law enforcement if they interacted with youths who sought them out.

In 1996, physician Sheila Kirk, medical adviser to the International Foundation for Gender Education—at the time the largest transgender advocacy organization—said that the organization often had to cut off contact with teens who reached out to them, since the majority of them didn’t have parental consent to communicate with the organization.

In a 1996 column, transgender publisher Kymberleigh Richards wrote that adult members of regional trans support groups feared angry parents might charge them with “contributing to the delinquency of a minor.”

Even Richards, who’d done informal phone counseling with trans youths, felt uncomfortable regularly talking with teens without a referring doctor or nurse on the line.

Yet Richards was hopeful that the internet could be a safe space for these youths. Because many of these spaces were anonymous, trans youth could find support and resources by interacting with adults.

Dialing in and making connections

Some of the first recorded examples of trans youth exploring trans communities online date back to 1988.

Unlike today’s always-on internet, the online landscape of the late 1980s and early 1990s varied widely. Some folks connected with others on bulletin board systems, or BBSes, which were independent computer servers often run out of the system operator’s home.

Instead of an IP or web address, users would dial in to a specific phone number using their modem. The cost of extended long-distance calls mostly limited users to those living within the bulletin board system’s area code. In many ways, these networks were some of the earliest forms of social media.

On CompuServe’s trans-specific Genderline forum, chatrooms or CDForum, an early trans email list, trans youths were able to ask questions and learn how to safely explore their cross-gender feelings, find supportive therapists, and grow their networks.

For example, 17-year-old Susie, a first-generation Chinese immigrant living in Canada, was a regular poster to CDForum throughout 1992. In her archived emails, available through Queer Digital History Project, she asked members for advice on managing her depression and kept them updated on major changes in her life.

Yet most of the members Susie and other trans youth communicated with were trans adults. Once the World Wide Web—and the homepage, in particular—took off, spaces by and for trans youth became far more common.

Though websites like GeoCities are now something of an internet joke, they were an important place where trans youths could come out and publicly identify as trans.

During the mid-to-late 1990s, ad-supported web hosting services allowed users to create their own websites, or homepages, that featured a variety of personalized content, from hobbies and fandoms to photo collections and journals.

Compared with text-heavy Bulletin Board Systems or email lists, homepages were vibrant: Most homepage creators decorated their spaces as you might your bedroom, using an array of colors, typefaces, embedded music files, and animated GIFs.

The Transgendered Teens Web Directory, created in 1998 and last archived in 2002, included links, homepages and email addresses for youths from 32 different states. These homepages contained a variety of information, from advice on coming out and navigating being out in high school, to pursuing medical transition as a teen.

For example, the web diary of Transgendered Teens Web Directory founder Sarah, which has entries from 1997 to 2001, repeatedly references her email chats with other trans youths, who support her while she navigates her shifting identity, coming out to her parents, and making friends.

Trans youths also created resources that focused on what they thought other youths needed. On the TransBoy Resource Network’s “About” page, the creator describes being inspired by their own experience with “the potential the internet has for bringing trans people together and for the dissemination of information.”

Most importantly, for trans youths who couldn’t be themselves in real life, the homepage was a space for self-expression. On their pages, they could use gendered colors and graphics without fear of outing themselves, or post photos wearing the clothes they felt comfortable in without facing physical harassment. For trans creators who had supportive parents, their homepage could even become a place to share their transition progress, posting photos at each new personal milestone.

Much like today’s social media profiles, the homepage became a digital version of one’s ideal self. Over time, the growing number of pages meant that trans youths surfing the web were, as teenager Dylan Jared wrote on his own page, always able to “run across people like themselves.”

Through these online spaces, what had once seemed rare—publicly identifying as trans before becoming an adult—was rapidly becoming a common experience for a large part of the trans community.

As trans youths became more visible, organizations felt empowered to actively advocate on their behalf. Issues facing trans youth were a central theme of IFGE’s 2004 annual conference, though some attendees still worried about the “ethical issues” of having youths give presentations.

Throughout the 2000s, the number of people in North America coming out as trans earlier in life grew exponentially. Now, some trans-affirming clinics struggle to see all their prospective patients.

This shift wouldn’t have been possible without the reach of the internet, which showed that trans youth have always been here. Online communities gave them a place—and a space—to be themselves, without fear of being ostracized, undermined, or harassed.

And it’s having the support of their peers, not a passing social media fad, that’s giving them the courage to come out, then and now.