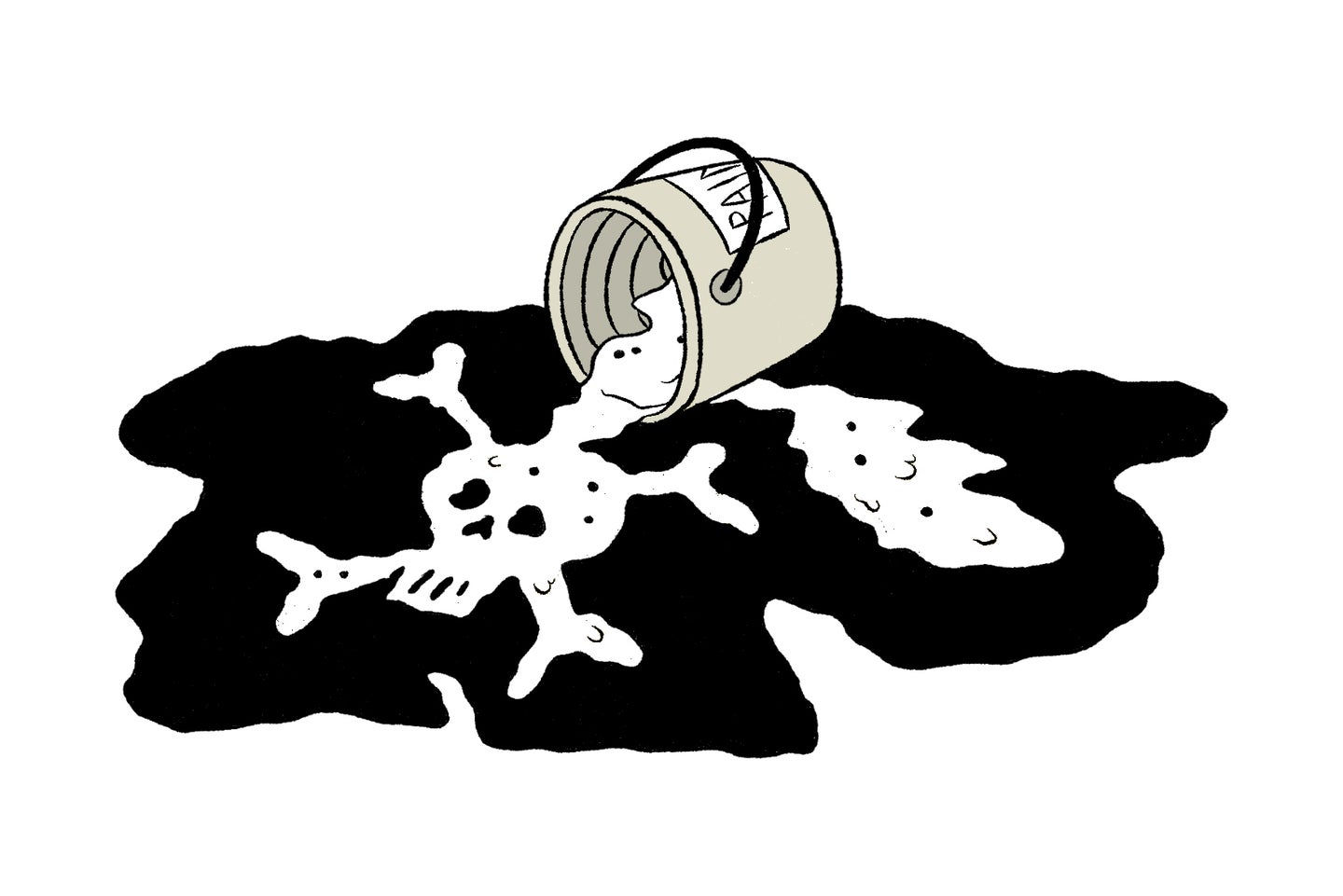 The US can’t get away from lead’s toxic legacy

A prized industrial product since the birth of America, the heavy metal has created a costly, pervasive, and deadly mess.

IN THE 1920S, the National Lead Company released a kids’ coloring book to promote its array of vibrant, metal-filled paints. On the cover, its smiling Dutch Boy mascot sits atop a headless lead horse with a can of the brand’s signature white varnish.

This was a common sight in 20th-century America, when lead could be found everywhere: In pipes bringing once-clean water to cities and towns. In paints that produced brighter colors and dried faster. In gas, to help the fuel combust more evenly in car engines. In plastic toys, to make them more flexible and resistant to heat. Even after physicians publicized the harms it posed to workers and children during the Industrial Revolution, the heavy metal was considered a versatile material. The US didn’t clamp down on its use in any way until the 1970s, allowing decades’ worth of toxins to build up in the environment, in the walls of homes, and, overwhelmingly, in marginalized neighborhoods. Today, the country is faced with the gargantuan task of cleaning up paint, pipes, acid batteries, and other common sources of the contaminant site by site.

Though lead is a naturally occurring element, the durability that made it appealing to manufacturers also makes it dangerous to most living creatures. Once it’s inhaled or ingested into the bloodstream and deposited into cells and tissues, it blocks beneficial enzymes and minerals—like zinc and calcium—from binding with proteins throughout the body. This, in turn, can disrupt kidney and brain function, cause infertility, and even prevent the creation of oxygen-carrying hemoglobin. Most medical experts agree that there’s no safe level of lead exposure for kids in particular, because the metal keeps their nervous systems from fully developing. It’s also bioaccumulative, meaning it builds up over time, as the body has no mechanism for ridding itself of the toxin. It’s been found in teeth, bones, and other tissues even decades after exposure.

Time has shown that the consequences of stashing the element internally can be grave and chronic. In a 2018 study in The Lancet Public Health, medical researchers concluded that lead-based products are still responsible for more than 400,000 deaths every year in the US. In 2022, sociologists and neuroscientists estimated in the journal PNAS that 90 percent of Americans born between 1951 and 1980 accrued alarming amounts of the heavy metal in their blood during childhood. The authors correlated those heightened levels with loss of cognitive skills and a significant dip in average adult IQ across millions of individuals. (This population-level analysis helped account for mitigating factors that typically make intelligence scores unreliable and biased.) “Exposures appear to have life-span consequences,” Matt Hauer, an assistant professor at Florida State University, said in a statement about the findings. “The burden of this and that legacy of exposures is going to be with us for decades to come.”

In light of the many risks to people of all ages, the Environmental Protection Agency has set the lead standard at 15 parts per billion molecules in water and 0.15 micrograms per cubic meter of air. Other countries have set the legal limit even lower: Canada’s, for example, holds at 5 ppb in water.

Those standards are relatively new: In the US, lead wasn’t banned in paint until 1978, new water pipes until 1986, or gasoline until 1996. Countries continue to use the material in manufacturing, while recycled products can dump it back into the supply chain. It’s also highly persistent in the environment, as it fails to react with other common elements and typically takes years to break down. “Lead is malleable, but it doesn’t break and corrode easily,” says Bhawani Venkataraman, a chemistry professor at the New School in New York City. It is, however, susceptible to chemical compounds called oxidizing agents that pull it out, contaminating water or air.

That is what makes lead a legacy polluter. In the 19th and 20th centuries, when modern plumbing was first taking shape, leaky wooden and clay pipes had caused outbreaks of waterborne illnesses like cholera. Those public health concerns led to the installation of thousands of miles of metal pipes all over the US. Decades later, cities with aging infrastructure like Flint, Michigan, and Newark, New Jersey, have lead pervading their drinking sources. “Minimizing exposure requires a very careful balancing act,” Venkataraman says; small changes in the acidity or mineral content of water can cause undetected contamination over time. Often, the only recourse is to swap out the entire network with new copper piping—an expensive, laborious process that Flint and Newark are now neck-deep in.

Depending on the scale of the problem, it can take anywhere from $20 to $1,000 per household to filter lead out of tap water. And it will cost billions of dollars to remove and replace pipes nationwide. At the tail end of 2021, Congress allocated $15 billion through the Bipartisan Infrastructure Law for purging lead plumbing in schools, homes, playgrounds, and other buildings—along with additional money to mitigate tainted paint and other fixtures. The funding comes with a promised focus on erasing inequities: Up to $3 billion will be made available to tribal governments, as public health experts have historically failed to quantify lead-exposure rates in Indigenous communities.

Some advocates say that the bill is long overdue. Even as evidence piled up in the early 1900s that most quantities of lead were noxious, the industry mounted successful campaigns to convince policymakers not to ban their products and consumers to keep buying them. Companies then attempted to shift the blame for the ill effects of their goods onto the public, particularly lower-income households and people of color. “The problem of lead poisoning in children will be with us for as long as there are slums,” one insider said at a lead association conference in 1957, after blaming Black and Puerto Rican families who supposedly chose to live there.

But that was far from the truth. Cities permitted industries and developers to set up sites that made or recycled lead in low-income communities of color—or the neighborhoods were knowingly built around such facilities. In the 1950s, Dallas, Texas, put a low-income housing complex just a few miles away from a lead smelter that had been in operation for 20 years and would continue to pump pollution into the community for several more decades. Decades of segregation and long-delayed remediation mean that Black and poor Americans continue to face more exposure to sources of lead poisoning than white, affluent residents.

Overall, humans have made significant strides to keep the risky substance out of homes and the environment. Between 1976 and 1980, American youth ages 1 to 5 had a median blood lead level of 15 micrograms per deciliter. By 2016, national studies showed that the level had fallen by more than 95 percent, to less than 1 microgram. There’s also nearly 98 percent less lead in the Earth’s atmosphere today than in 1980—a testament to cleaner fuels and better metal processing. But the world still has a long way to go before everyone is protected. The EPA has identified dozens of Superfund sites, many in urban areas, that need to be purged of the heavy metal. Globally, lead manufacturing and recycling are now concentrated in developing nations, where the levels recorded in children’s blood remain dangerously high. “If you think there’s no safe amount of exposure,” Venkataraman says, “then there should be no lead anywhere.”