Is swimming in ice water good for you?

Sorry to throw cold water on your wellness claims. 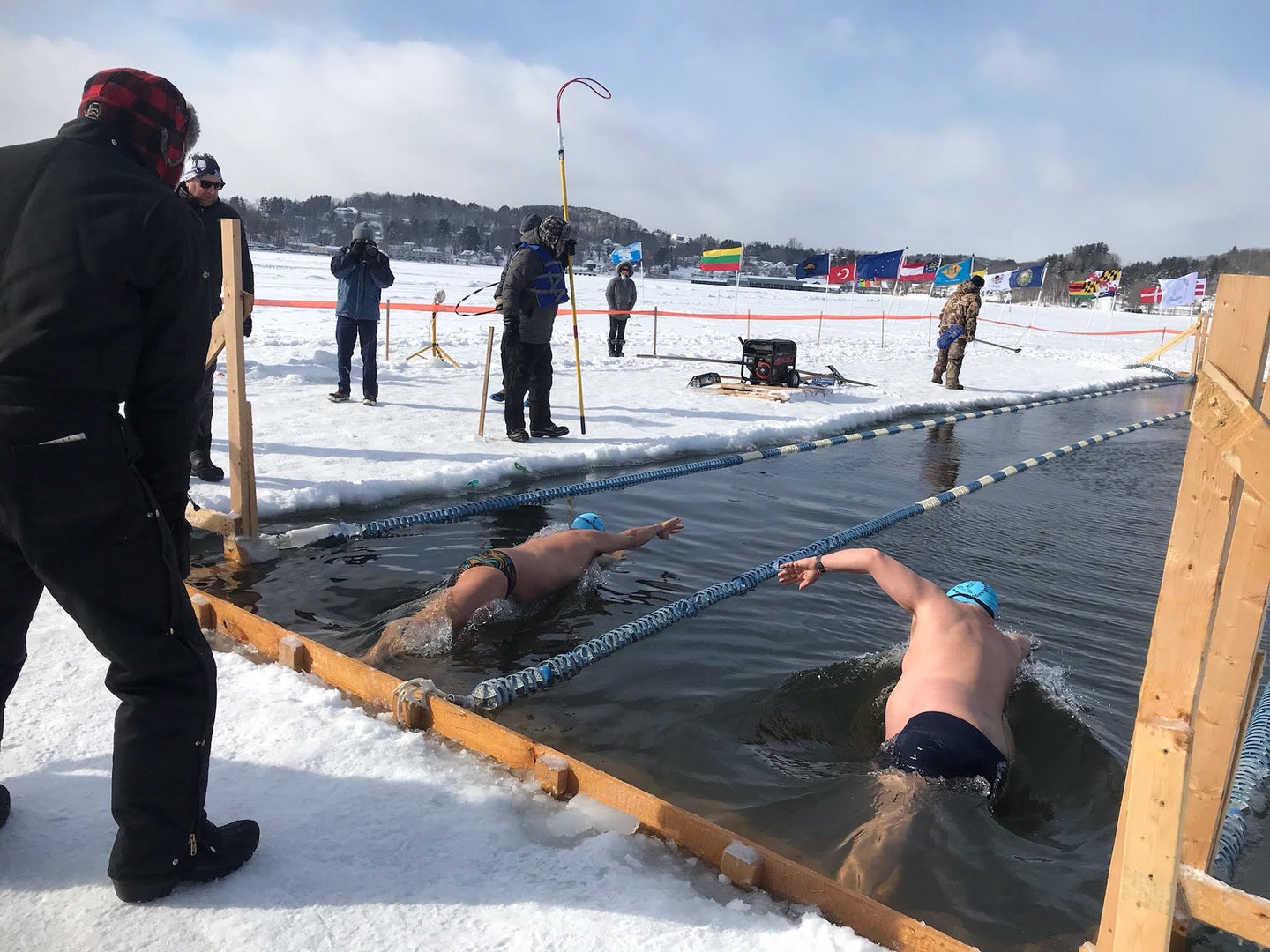 As the summer loosens its grip on the Northern Hemisphere, long days at the beach eating ice cream or splashing in the ocean are long gone for most. But for some swimmers, the fun is just beginning.

“The best part is going to Brighton Beach in the fall. Every week, the water is a little bit colder than the last. Before you know it, it’s 48 degrees!” Bonnie Schwartz Nolan, a management, operations, and financial consultant, swim coach, and successful English Channel swimmer from New York, tells Popular Science. She’s been bobbing in the cold waters off of Brooklyn for over two decades.

To train for most marathon swims (a swim over 6.2 miles or 10K), swimmers need to get used to spending time in the cold, since swimmers often cannot wear a wetsuit or tech suit to keep warm and must instead rely on their own bodies.

“Your core body temperature is 98 degrees, so even something like 80 will feel cold after a while,” explained Nolan. To even qualify to swim the English Channel, swimmers must undergo a documented six hour sub 60, or a continuous swim in water that is under 60 degrees Fahrenheit (about 15 Celsius).

Open water swimming has even grown to include ice swimming, or swims in waters below 41 degrees Fahrenheit (5 Celsius). “For me, it’s all about the challenge,” says Elaine K. Howley, a journalist and accomplished swimmer, in an interview with PopSci. “It’s that uncertainty around ‘can i do it,’ in the same way that marathon swimming.” Howley is an accomplished marathon and ice swimmer who completed an ice mile in 2012 and is currently training for her second.

Some anecdotal “wellness” claims including weight loss, better mental health, and increased libido have been made made by followers of regular cold-water immersion, but what about concrete evidence?

A scientific review published today in the peer-reviewed International Journal of Circumpolar Health finds that taking a plunge in cold water may cut white adipose tissue (WAT) in men and reduce the risk of disorders such as diabetes, but other benefits of ice swimming are inconclusive.

The authors analyzed 104 scientific studies and found an additional impact on brown adipose tissue (BAT). The difference between the two is that WAT stores energy instead of burning it the way BAT does. Repeated exposure to cold water or air increases the production of BAT, which is also found in the blubber of marine mammals like whales and seals to help keep them warm.

BAT helps the body burn calories, maintains body heat when it is exposed to cold temperatures, and also helps the body control blood sugar and insulin levels. It produces heat in the blood when it’s cold outside and is primarily located around the around the neck, kidneys, adrenal glands, heart, and chest in adults. According to the Cleveland Clinic, it’s brown because the fat cells are full of mitochondria, which contain a lot of iron. The iron gives BAT the brown hue.

Exposure to cold water or air appears also to increase the production of a protein called adiponectin by the adipose tissue. This is a protein that plays a key role in protecting against insulin resistance, diabetes, and other diseases. According to the data reviewed in these studies, repeated cold-water immersions in winter significantly increased insulin sensitivity and decreased insulin concentrations. This occurred in both both inexperienced and experienced swimmers.

Swimming in cold water also has a major impact on the body and triggers a shock response such as elevated heart rate. Some of the reviewed studies showed evidence that cardiovascular risk factors are actually improved in swimmers who have adapted to the cold. However, other studies suggest the workload on the heart is still increased. All in all, the authors were inconclusive on the overall health benefits of the “fastest growing extreme aquatic sport.”

“From this review, it is clear that there is increasing scientific support that voluntary exposure to cold water may have some beneficial health effects,” said lead author James Mercer, from UiT The Arctic University of Norway, in a press release.

According to the authors, many of the available studies on the health benefits of ice swimming involved a small number of participants, often of one gender, and did not account for differences in water temperature or if the water was fresh or salty. It is also unclear whether or not winter swimmers are naturally healthier than the general population.

[Related: How to avoid (and treat) hypothermia.]

“Many of the studies demonstrated significant effects of cold-water immersion on various physiological and biochemical parameters. But the question as to whether these are beneficial or not for health is difficult to assess. Based on the results from this review, many of the health benefits claimed from regular cold exposure may not be causal. Instead, they may be explained by other factors including an active lifestyle, trained stress handling, social interactions, as well as a positive mindset,” added Mercer.

The authors point out that swimmers participating in these studies varied from elite swimmers or established winter bathers to those with no previous ice swimming experience. Some were strictly ice bathers, but used cold-water immersion as a treatment post exercise.

The review also found the need for better education on the health risks that can come with taking a dip in icy water. These include hypothermia if a swimmer is in the water too long or jumps in without acclimating, as well as heart and lung issues related to the shock from the cold. Just jumping into cold water is very dangerous, and its best to start ice swimming slowly over a period of time.

If swimming in icy waters sounds like fun to you, Howley and Nolan recommend takaing increasingly longer dips in colder waters to acclimate. Nolan also took cold showers, slept with the windows open and a lighter blanket, and wore a vest instead of a coat outside to help her body acclimate to the frosty temps.