Time to break out that water bottle. 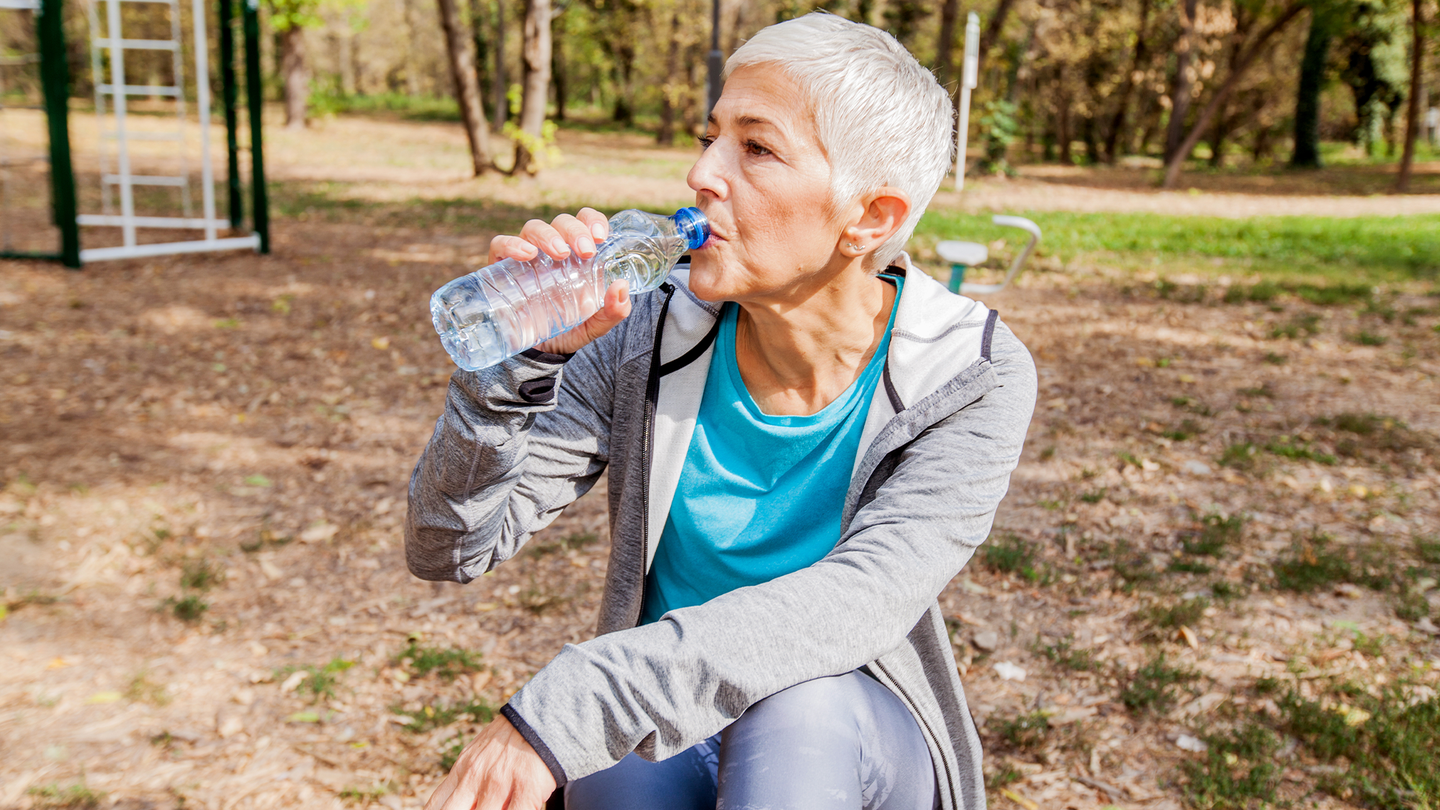 Drinking more water and staying hydrated is a good way to achieve that New Year’s resolution of living a more healthy lifestyle. According to the Cleveland Clinic, water is essential for multiple functions in your body, including digestion, creating hormones and neurotransmitters, and delivering oxygen, and up to 60 percent of the adult human body is made of water.

It can also help with healthy aging, according to a study published Monday in the journal eBioMedicine. The research from the National Institutes of Health (NIH) found that well-hydrated adults appear to develop fewer chronic health conditions (heart diseases, lung disease, etc.), have a decreased risk of dying early, and are generally more healthy.

[Related: The truth about hydration hacks like IV therapies, alkaline water, and more.]

The researchers assessed information shared during five medical visits for each participant—the first two when patients were in their 50s and the last when they were between 70 and 90 years-old. Adults who had high levels of serum sodium at their baseline check-in or those who had underlying conditions that can affect serum sodium levels, such as obesity, were excluded to allow for a better comparison of how hydration is correlated with health outcomes.

The results found that adults on the higher end of normal level of serum sodium had a 10 to 15 percent greater chance of being biologically older than their chronological age, when compared with participants in the mid-normal range. Additionally, participants at greater risk of aging more quickly also had a 64 percent higher risk for developing chronic diseases such as stroke, heart failure, atrial fibrillation, chronic lung disease, peripheral artery disease, dementia, and diabetes.

The study did not have information on how much water participants drank and does not prove a causal effect, according to the researchers.

“The results suggest that proper hydration may slow down aging and prolong a disease-free life,” said Natalia Dmitrieva, a study author and researcher at the NIH’s Laboratory of Cardiovascular Regenerative Medicine at the National Heart, Lung, and Blood Institute (NHLBI), in a statement.

This new study expands on research this team of scientists published in March 2022, which linked higher ranges of normal serum sodium with an increased risk of heart failure. Both studies also used data from the Atherosclerosis Risk in Communities (ARIC) study.

“This study adds observational evidence that reinforces the potential long-term benefits of improved hydration on reductions in long-term health outcomes, including mortality,” Howard Sesso, an associate professor of medicine at Harvard Medical School and associate epidemiologist at Brigham and Women’s Hospital in Boston who was not involved in the study, told CNN. He added, “it would have been nice to combine their definition of hydration, based on serum sodium levels only, with actual fluid intake data from the ARIC cohort.”

[Related: This device will allow the marines to make drinking water from thin air.]

The National Academies of Medicine suggests that most women consume around 6 to 9 cups of fluids per day and men drink 8 to 12 cups.  Some ways to add more fluids beyond drinking water include drinking juice or eating fruits and vegetables with higher water content, according to the researchers.
“On the global level, this can have a big impact,” said Dmitrieva. “Decreased body water content is the most common factor that increases serum sodium, which is why the results suggest that staying well hydrated may slow down the aging process and prevent or delay chronic disease.”