She creates injectable scaffolds that help the body heal 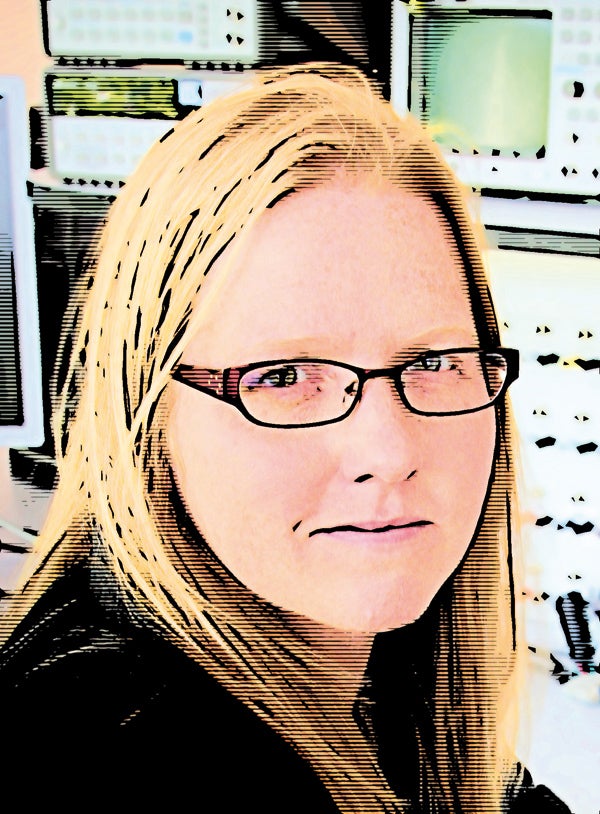 As a Ph.D. student at the University of Colorado, Kristi Anseth built advanced materials for semiconductors. But the chemical engineer’s past would soon draw her away from microchips and into the body. “I played basketball and volleyball in school and had my fair share of knee injuries,” says Anseth, who has won nearly two dozen awards for her research. “I also had an aunt die in childbirth from a heart defect, and a brain aneurysm killed my father. I realized that the processes I was developing could work inside the human body to mimic healing.”

That insight led her to hydrogels, a class of materials that look and feel like gelatin, only they trigger rapid healing in human tissue. The most promising application is in helping to repair injured knee cartilage. First, a technician extracts healthy cartilage cells from a patient. The cells are blended with a gel designed to simulate the structure of knee cartilage and are injected back into the injured knee. “If you inject the cells without the hydrogel, your knee won’t heal,” Anseth explains. “That’s because cartilage has no blood supply or nerves to tell cells they’ve been damaged.” The gel acts like a three-dimensional scaffold to accelerate cell growth until the knee is repaired. After six weeks or so, the hydrogel dissolves, leaving fresh, healthy cartilage behind.

So far, the procedure has been successfully tested only on goats. But two companies, the U.K.-based Smith & Nephew and Cartilix in Foster City, California, recently licensed the technology from Anseth and have begun human clinical trials. They expect that in 5 to 10 years, hydrogel cartilage therapies should be FDA-approved, and skiers with blown knees can hit the bumps again in half the time.

“What we do is unique, because past precedence has been to use materials in medicine that were previously designed for other industries, such as textiles or clothing,” Anseth says. She is the first to make the gels from scratch for use inside the body, so she can customize them for practically any application. She’s created hydrogels to help regenerate defective heart valves, mend shattered bones, produce insulin for diabetics, and grow healthy neurons to replace diseased brain tissue in patients with Parkinson’s. Next, Anseth wants to design hydrogels for killing cancer.