Green jobs in Chicago help the environment while transforming communities 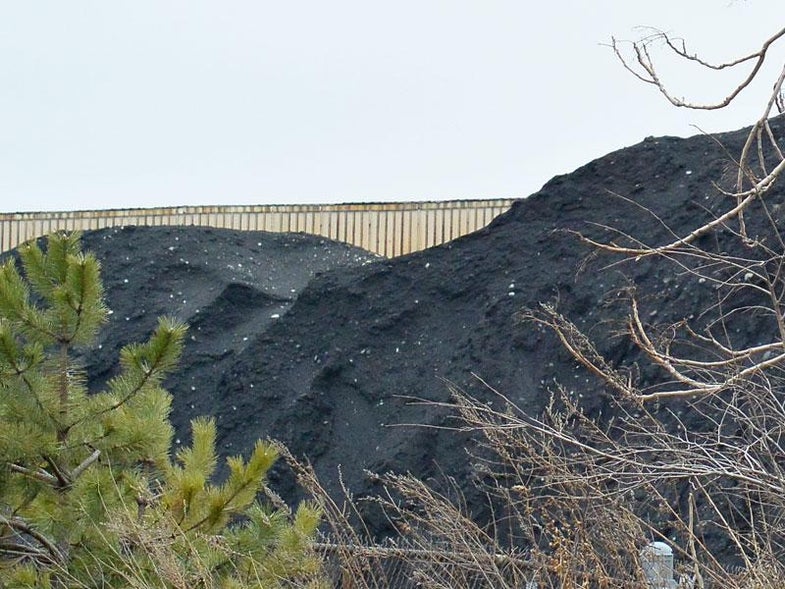 Sustainable solutions have the potential to transform the environment for the better: globally, by reducing the impacts of climate change, and locally, by improving air and water quality or reducing resource consumption. But in the Southside of Chicago, community organizations are adding a third merit by helping formerly incarcerated individuals obtain green jobs within their communities. The ultimate goal, organizers say, is to provide a positive feedback loop: Opening up jobs for area residents which attempt to make the environment they live in healthier.

Many formerly incarcerated people imprisoned for low-level, non-violent crimes continue to face systemic discrimination once they return home. In many cases, the combination of a lack of job training and a criminal record make it extremely difficult to find employment. In fact, over 60 percent of formerly incarcerated people are unemployed a year after their release. And the jobs that are available often pay low wages, according to a report from the Sentencing Project, a criminal justice advocacy organization.

But some groups are attempting to change that, and adding an environmental justice twist. One organization, called the Green ReEntry Initiative, which is housed within the Inner-City Muslim Action Network (IMAN) in Chicago, provides job training for men with a criminal record (as well as younger community members without records).

“[People] talk about second chances,” Ali Rashad, the manager of Green ReEntry, says. “But for a lot of these individuals, they never really had a first chance.”

The program, which has been operating for the last seven years, aims to give these Chicago residents economic opportunity in the green jobs sector. The men being trained in the program help rehab and revitalize homes in Chicago Lawn, a neighborhood on the city’s southwest side that has seen decades of white-flight, segregation, and changing demographics.

The Green ReEntry Initiative runs a fully accredited program that helps members become certified for HVAC installations, carpentry, and electrical work. In every step, the program emphasizes the use of environmentally friendly products and process— from disposing of debris during construction sustainably, to installing appliances like tankless water heaters and high efficiency furnaces. The organization is attempting to add more green jobs in as well. Soon, they may include a solar panel installation track, Rashad says, though that is dependent on the effects of the recent tariff announced by the Trump administration on imported panel which could cut into the local job market in Chicago.

The concept of providing accredited job training is rooted in fact. Education and vocational training are both correlated with crime rates. A 2014 report from the Department of Education found that 30 percent of the adult US prison population never received a high school degree. On top of that, it’s hard to come by educational programs once inside prison: the same report says that 70 percent of prisoners who were not enrolled in a program wanted to be in one. “Historically, the vocational skills have been antiquated in prisons,” Olson says. The Department of Education report found that of the incarcerated individuals who worked in prison, nearly half didn’t need to use any literacy or math skills. “If you’re training people for a job that doesn’t exist in the free world, you’re not really providing them with a skill or a tool that’s going to help them.”

IMAN’s Green ReEntry Initiative isn’t the only community organization in Chicago addressing this intersection of systemic inequalities and environmentalism. Sweet Beginnings, based in Chicago’s North Lawndale neighborhood, where more than half of adults in the community have a record with the criminal justice system, and nearly as many families live below the federal poverty line, has trained formerly incarcerated community members in local beekeeping, honey production, sales, and marketing. All of its honey production is local and sustainable. On its website, the organization claims recidivism among its employees is nearly ten times lower than the state average.

This outreach is also not limited to Chicago. In recent years, organizations focused on addressing the intersection of civil rights and environmentalism have sprung up in low-income and minority communities—areas that historically have been disproportionately affected by environmental issues like air pollution and toxic waste dumps. They’re part of a larger movement rooted in what’s known as environmental justice, a concept which seeks to raise awareness and create action around the fact that these groups have been disproportionately affected by the country’s polluted environments.

Environmental injustice is well-documented in Chicago, and nationwide. In Chicago’s industrial Southeast Side, after a years’ long fight by activists and community organizations, the state government and the EPA took action against the energy companies that had dumped tons of petroleum coke, a soot-like byproduct of oil-refining, in open air pits near schools and homes. When the wind blew, that residue made its way into the lungs of residents, who often suffer from asthma and other respiratory illnesses.

Nationwide, a recent report from the National Association for the Advancement of Colored People found that over a million African Americans lived within a half mile of fossil fuel facilities that release carcinogens like benzene and volatile organic compounds. African Americans were also 75 percent more likely to live in such communities than white Americans and as a result, had higher rates of cancer and asthma than the general population. That’s no coincidence: It’s a legacy of decades of segregationist housing policy as much as lax environmental regulations.

On top of that, prisons are unhealthy environments in and of themselves. As On Earth Magazine pointed out, at one Pennsylvania prison, inmates developed respiratory illnesses and skin rashes from exposure to the toxins from a nearby coal ash dump site.

Organizations like Green ReEntry recognize that environmental problems are linked to other issues—— and that they can be a catalyst for change as well. “The whole spirit of organizations like ours,” says Rashad, “is a spirit of wanting to right social wrongs.”