A router equipped for the future of the web 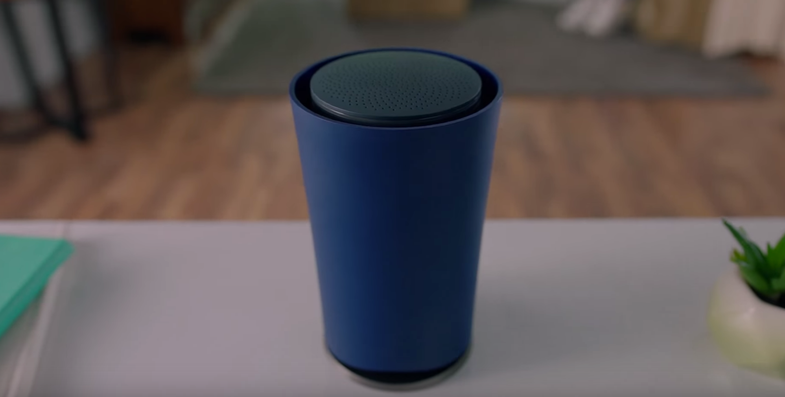 Google—aside from being a portal to the entire internet—is also becoming an internet provider from land and air.

Now the company is extending that strategy to hardware. With OnHub, a Wi-Fi router designed to be placed on a table or countertop in the center of your home, Google promises to speed up everyone’s internet connection—and make setup easier. This router packs impressive specs, 1900 Mbps speeds over 13 antennae (six 2.4 GHz, six 5.0 GHz, and one “congestion-sensing” antenna). Most consumer routers top off at 300 Mbps, so OnHub would be a leap for the average consumer. It also has 4GB of on-router storage for updates and software, which is the most interesting part of Google’s newest hardware.

At Google I/O this year, the company announced Brillo, their operating system for internet-connected devices. OnHub promises to be compatible with Google’s connected future, packing out-of-the-box compatibility with popular Internet of Things protocols like Bluetooth Smart Ready, 802.15.4 and Weave. (Weave is the language that Brillo devices communicate with.)

In the video accompanying the router’s release, a main boon to having a “smart” router is its ability to communicate with your devices about why it might not be working. OnHub works in tandem with an app that can run diagnostic tests for speed, share access with visitors, and check who’s using the most bandwidth. OnHub also has a speaker, so you can expect some fun jingles when connected to the internet, or troubleshooting instructions.

It’s also pretty, and Google wants you to proudly display it on your kitchen counter. This is also advantageous for the router’s signal, which is omnidirectional. The router’s design looks like a lot like Amazon’s Echo, a plastic tube with a glowing ring at the top. Google worked with TP-Link to build OnHub.

The devices is now available for preorder, and is priced as $199. (Although as of publishing, it’s out of stock.)