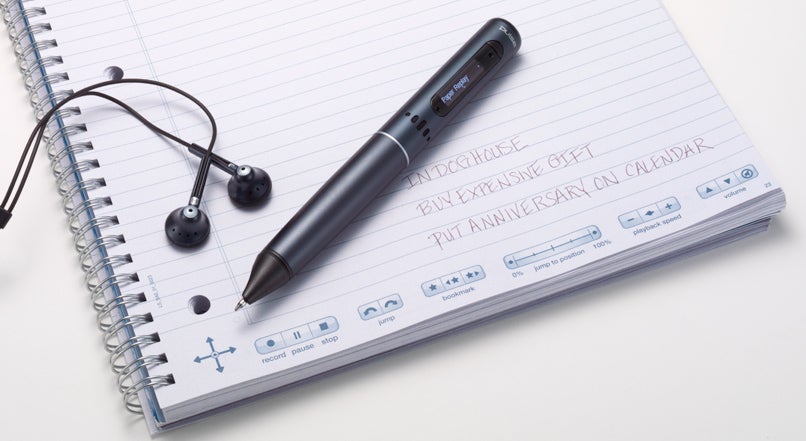 Like previous “digital ink” pens, the Livescribe Pulse converts your writing to searchable computer files. The Pulse, though, adds audio recording synchronized to your handwriting. Point the pen to a spot in your notes (or click on your computer screen), and hear what was said when you wrote it. That sounds good on paper, but will it work, er, on paper?

I took minimal notes at the event while recording the entire presentation (the Pulse stores at least 100 hours of audio). I wore the included earbuds, which have not only speakers but also microphones that capture three-dimensional audio by recording how sound strikes each ear.
Results: I heard clear audio perfectly linked to my notes, and the 3-D playback let me focus on the voice at the front of the room while ignoring noisy journalists on either side. As I replayed the audio, I added handwritten notes that also became clickable links to the recording.

I scribbled product names while recording at a videogame promotion in a nightclub, with dozens of people talking and the sounds of the games blasting.
Results: The pen’s noise-canceling mic worked well. The background sounds in the recording were fairly loud, but I could consistently make out what people said. On my PC, I searched for the titles of the games, written in my miserable handwriting, and found most of them.

I’m sold. I used to struggle to figure out what my meeting notes meant. Now I can instantly go to the audio for clarification. And unlike earlier digital-ink pens, the Livescribe Pulse is slim and comfortable enough to hold for the few notes I do take. 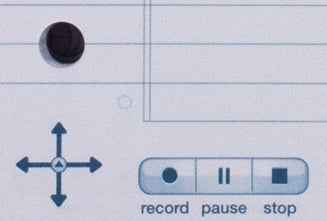 Next to the ink tip is an infrared camera that reads a grid of nearly invisible dots on special paper. (You can buy preprinted notepads or download a file to print your own pages.) Based on their arrangement in the grid, clusters of dots represent unique numerical values. Since every spot on every page of every pad is numbered, you can write in any order, and the pen can match it to the correct snippet of audio.