How It Works: Self-Coiling Cord

Coiling up extension cords by hand is tedious. Spring-activated spools aren’t much better; the mechanisms break easily and can cause... 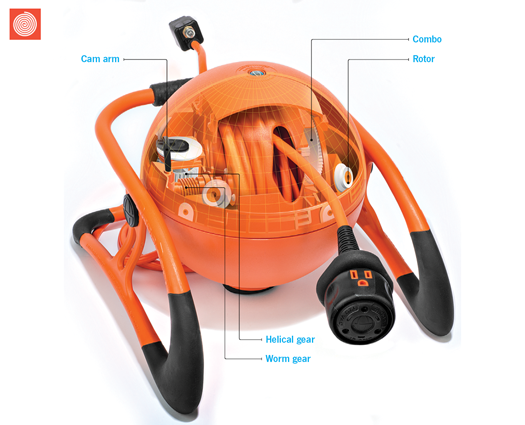 Coiling up extension cords by hand is tedious. Spring-activated spools aren’t much better; the mechanisms break easily and can cause violent snapback at the end of the cord. Engineers at Texas-based Great Stuff motorized the entire process. Using a combination of sensors and circuitry, the RoboReel neatly winds 50 feet of cable in 10 seconds, saving time and frustration. 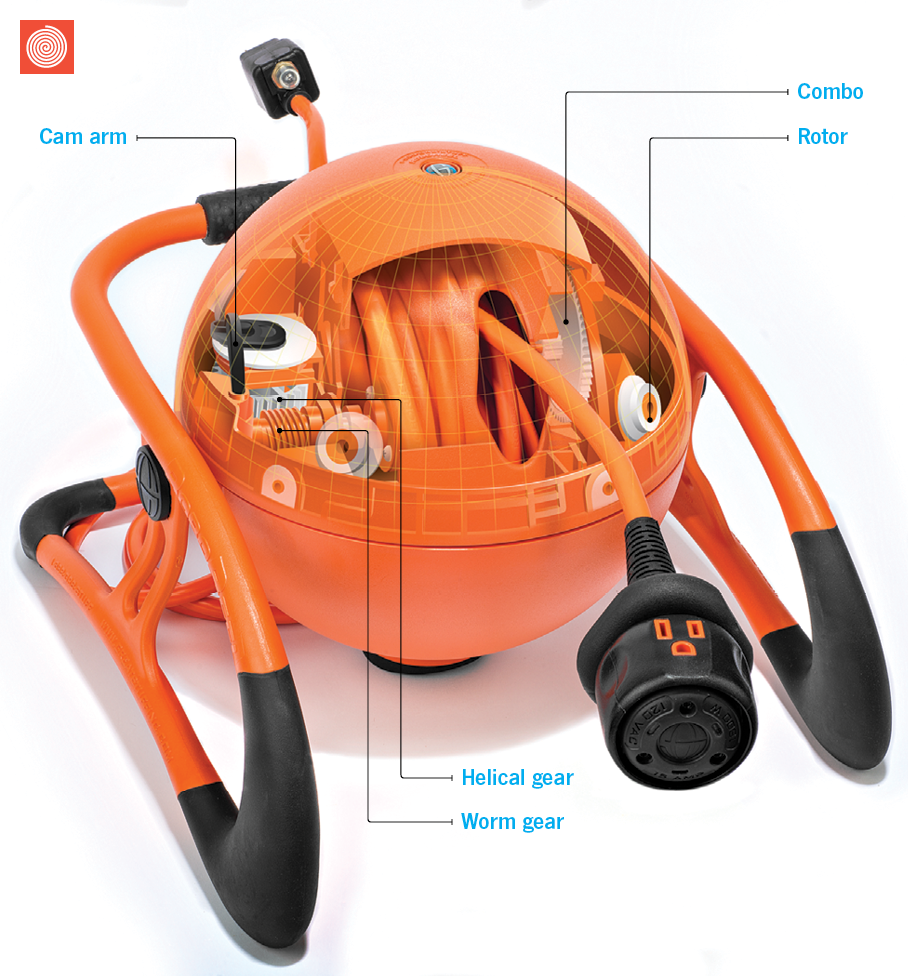 The RoboReel’s 15 amps are enough to run a fridge, air conditioner, or space heater.

1) Initiate
The RoboReel’s 12-gauge power cord contains four wires, only three of which transmit current. The fourth runs between the circuit board and a button on the outlet head, which the user presses to initiate retraction.

2) Retract
Once the circuit board receives the signal, it starts the motor, which revs at 4,500 rpms. A combo gear transfers the motion to the 8.8-inch-diameter spool, rotating it at about five feet per second.

3) Wrap
Opposite the motor, a worm and helical gear move a cam arm in an elliptical pattern. The cam swings the spool from side to side on rotors. That ensures that the cord winds in the same pattern every time it retracts.

4) Slow and Finish
To keep track of how much cord the spool has reeled in, an encoder counts the number of times a magnet on one side of the spool passes it. For the last two feet, the spool slows to about two feet per second, which prevents snapback.

5) Monitor
The circuit board also contains a pair of thermostats. When the internal temperature surpasses 122 degrees, an internal fan cools the wound portion of the cord. If the temperature exceeds 176 degrees, which could cause the system to catch fire, the circuit board cuts the power.