Nikon’s been playing catch-up ever since they introduced the first DSLR capable of shooting HD video along with photos; a... 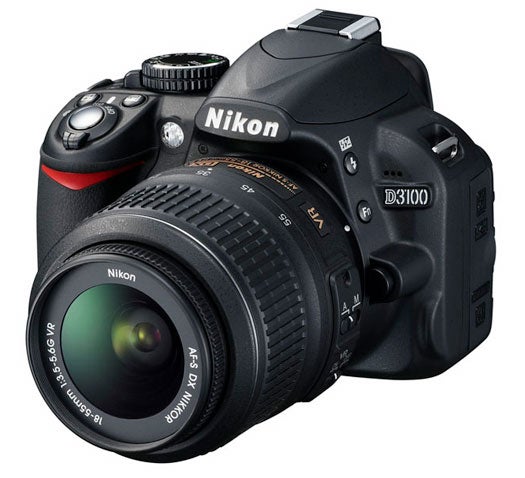 Nikon’s been playing catch-up ever since they introduced the first DSLR capable of shooting HD video along with photos; a flurry of HD models from rival Canon have consistently bested Nikon’s in terms of features in price. But with the freshly-announced D3100, Nikon may have found a new secret sauce: 1080p with auto focus.

While pro videographers have rushed to the new HD-shooting DSLRS (their crisp, saturated digital look is quickly taking over TV on shows like Louie, Bourdain’s No Reservations and the intro to SNL), they’re the ones who can buy expensive and bulky focusing aids or settle for carefully composed, manually-focused shots. But for you and me, something holding back DSLR video has been a lack of camcorder-like auto focus. And that’s exactly what Nikon is claiming here. How well it works we’ll have to wait and see, but I’m excited to find out.

Our friends at PopPhoto have the full spec breakdown and further analysis. Check them out here.