Heading to the Olympics? Don’t Leave Without Controlling the CN Tower’s Lights With Your Mind

Vancouver will host the largest "thought-controlled computing" installation ever 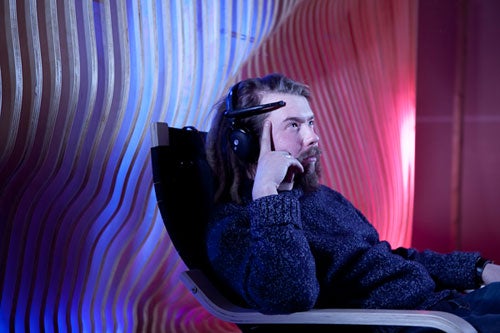 It wouldn’t be the Olympics without distractions; the 2006 Winter Games in Turin had their Austrian doping scandals, and the most recent Summer Games in Beijing were punctuated by an epic opening ceremony followed by rampant media censorship. Not to be outdone, Canada’s Bright Ideas installation will allow visitors to the upcoming Vancouver Games the chance to control lighting installations at major landmarks in faraway Ontario using only their thoughts.

Billed as the largest thought-controlled computing installation ever created, Toronto-based InteraXon’s Bright Ideas showcase will tap patterns in users’ brain waves to control massive lighting arrays at Toronto’s CN Tower, Ottawa’s Parliament Buildings, and Niagara Falls. Participants wearing a headset in Vancouver will be able to see the monuments via video link. Changes in their brain wave patterns will be sent instantly over the Web to manipulate the lights in Ontario more than 2,000 miles away.

While this might sound alarming to the tinfoil-hat-wearing set, InteraXon’s rig doesn’t actually read your thoughts. Rather, it picks up on the larger changes in electrical patterns in your brain — electrical patterns that resonate outside your head — using an electroencephalograph or EEG. So while the device doesn’t know if you’re thinking about the color red, the color blue or how you thought the CN Tower was in Seattle, it can tell if, say, you are relaxed or concentrating hard.

At least, that’s the idea. Generally, manipulating EEGs can be pretty difficult and unreliable, which is one of the principle reasons you don’t control your PC with your thoughts (yet). So when InteraXon’s system translates your changing brainwave patterns into binary code and feeds them to the computer, it might be your conscious thought shifting that tower from red to orange, and it might not. But that’s not really the point, is it? The colors are changing! In Toronto!

Now if you could only mentally will Bode Miller to live up to his hype.