The Foam On Your Latte Helps Keep It From Spilling

A few bubbles can go a long way 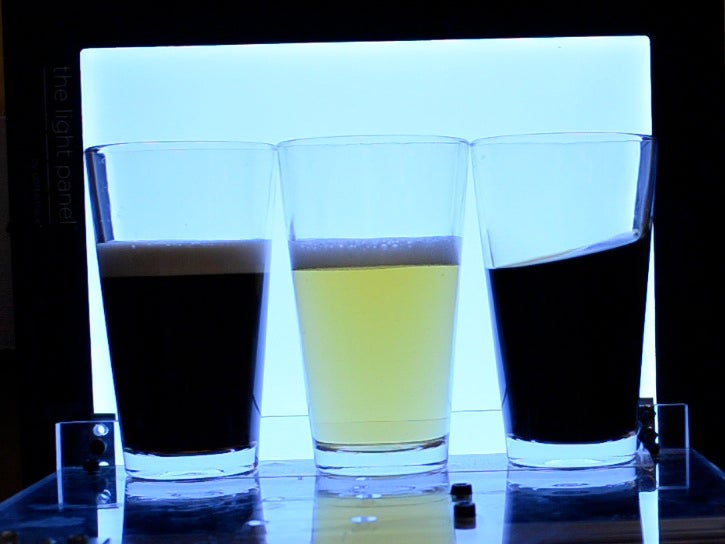 Ever wonder why you always made a mess of your work clothes while carrying a cup of coffee, while your latte-drinking friends generally manage to keep it together? As it turns out, scientists were also interested in finding out why this happened (perhaps they were frustrated beverage spillers as well). They found that adding foam to the top of a beverage drastically cut down on the spillage that occurred from moving around.

The team tested out two different types of movement: quick jolts and steady rocking, which they recorded on camera. They also carried out less quantitative—but more visually interesting—experiments on coffee and different beer brands.

They found that friction between the bubbles and the walls of the container helped keep drinks from spilling. And all it took was 5 layers of bubbles to decrease the waves by 10 times.

The results won’t just be used for making life easier on frequent spillers of beer and coffee looking for a way to make it stop; the results of this study could also help in transporting hazardous liquids.

“What we observe in our cups of coffee, this happens every time you’re carrying liquids in a container that’s partially filled,” Emilie Dressaire, an assistant professor of mechanical and aerospace engineering at New York University and one of the authors of the study, tells Popular Science. The researchers hope this information will help keep ships carrying liquids from changing trajectory, and keep containers carrying the harmful liquids from getting damaged. Instead of using solid foam blocks to fill the extra space in traveling liquid containers and prevent sloshing, their results suggest foam made out of the liquid itself could make for a good alternative.

Next, the team wants to look at how foam acts in closed containers. The study was published today in the journal Physics of Fluids.