In Five Years, Your Car Will Prevent You From Driving Drunk 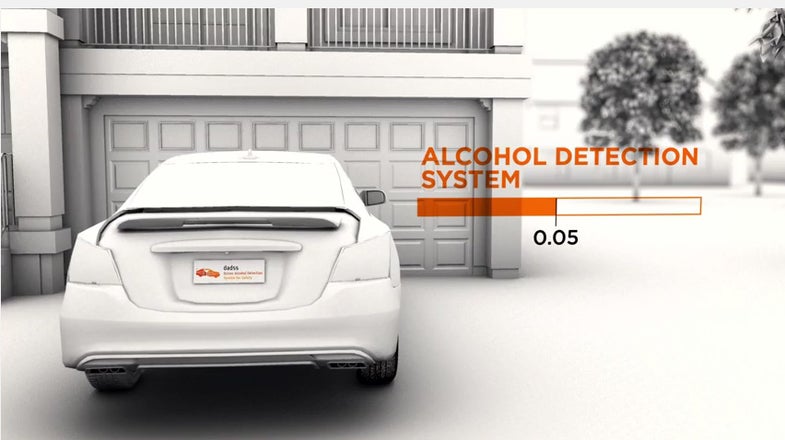 Drunk driving kills 28 people a day, according to a National Highway Traffic Safety Administration report in 2013.

Attempts to curtail deaths caused by drunk driving, from organizations like Mother’s Against Drunk Driving, have long tried to educate the public on the topic. Yet people continue to get behind the wheel after drinking. A new technology, recently demonstrated by the Department of Transportation (DOT), might be able to prevent that.

Using special touch pads, either located in the push-to-start button or in the steering wheel, the vehicle can measure whether or not the driver has been drinking. If it’s determined the driver is over the legal limit with blood alcohol concentration (BAC) of 0.08 percent or higher, the vehicle will not start.

A paper from the Driver Alcohol Detection System for Safety (DADSS)—a research program by the National Highway Traffic Safety Administration as well as several large automakers, which helped to fund the technology—explains how it works:

Another solution being tested by DADSS uses the driver’s breath to measure BAC. Unlike the clunky breathalyzers used by cops (and more recently for consumer use in tandem with a smartphone) the new technology would allow the driver to breath at a normal rate when sitting in the driver’s seat.

One or both of the devices could be ready by 2020, available as an optional add-on for new cars. Though, one has to wonder why such a feature wouldn’t be included as a standard feature on any vehicle. It’s not like we’re talking about high-definition radio; this is something that could potentially save countless lives.