Innovation at the speed of insurance 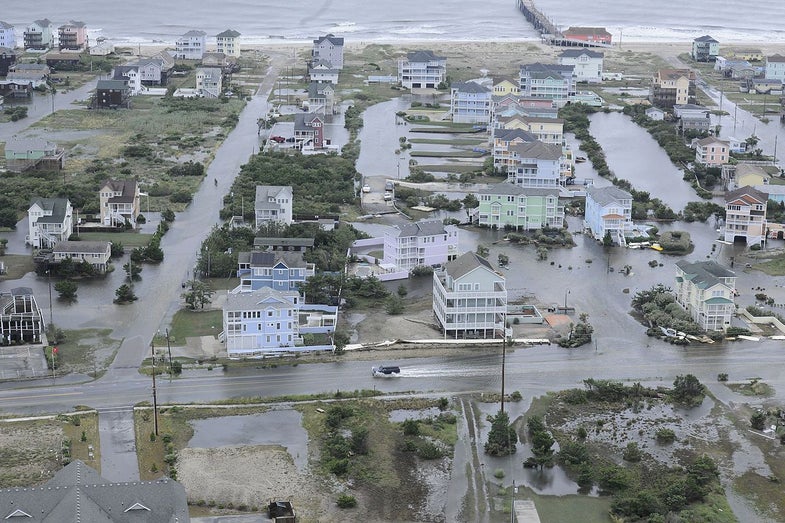 After the disaster comes the accountants. Major tornadoes, earthquakes, tsunamis, and the like do dollar amounts of damage, sometimes in the billions. That number comes from the nitty-gritty of insurance valuations and payouts, a wholly human assessment of the ruins from natural forces. Now, thanks to FAA approval, robots may start to get in on the action.

Yesterday, insurance giant USAA announced that the FAA approved their request to test drones as a way to more quickly process insurance claims after disasters. USAA applied for the exemption in October. In their application, they noted that USAA employees were invited to Oso, Washington, after a mudslide to assist local officials with aerial surveys.

Drones are a great tool for examining natural disasters, because they can safely fly over areas where the ground may still be hazardous for humans. Visual assessment and mapping tools give rescue workers a way to understand the newly-changed terrain, and they can also let insurance agents see which claims are justified.

In the best case scenario, using drones to evaluate claims means that victims of disasters will get the resources they need to get back on their feet faster. All told, that’s pretty great. There are certainly far worse things that could happen when a robot shows up after a disaster.

_Correction (4/9/2015, 11:38 p.m. ET): A previous version of this story claimed that USAA cited PrecisionHawk’s mapping of a flood in Boulder. USAA did not cite that as an example. Instead, USAA cited a recent example where USAA employees in partnership with Texas A&M Roboticists Without Borders were invited to the Oso, Washington mudslide area to assist Snohomomish County and other public entities with aerial surveys and mapping. This has been corrected.