The storm would be the first hurricane to make landfall in the United States during November in 40 years. 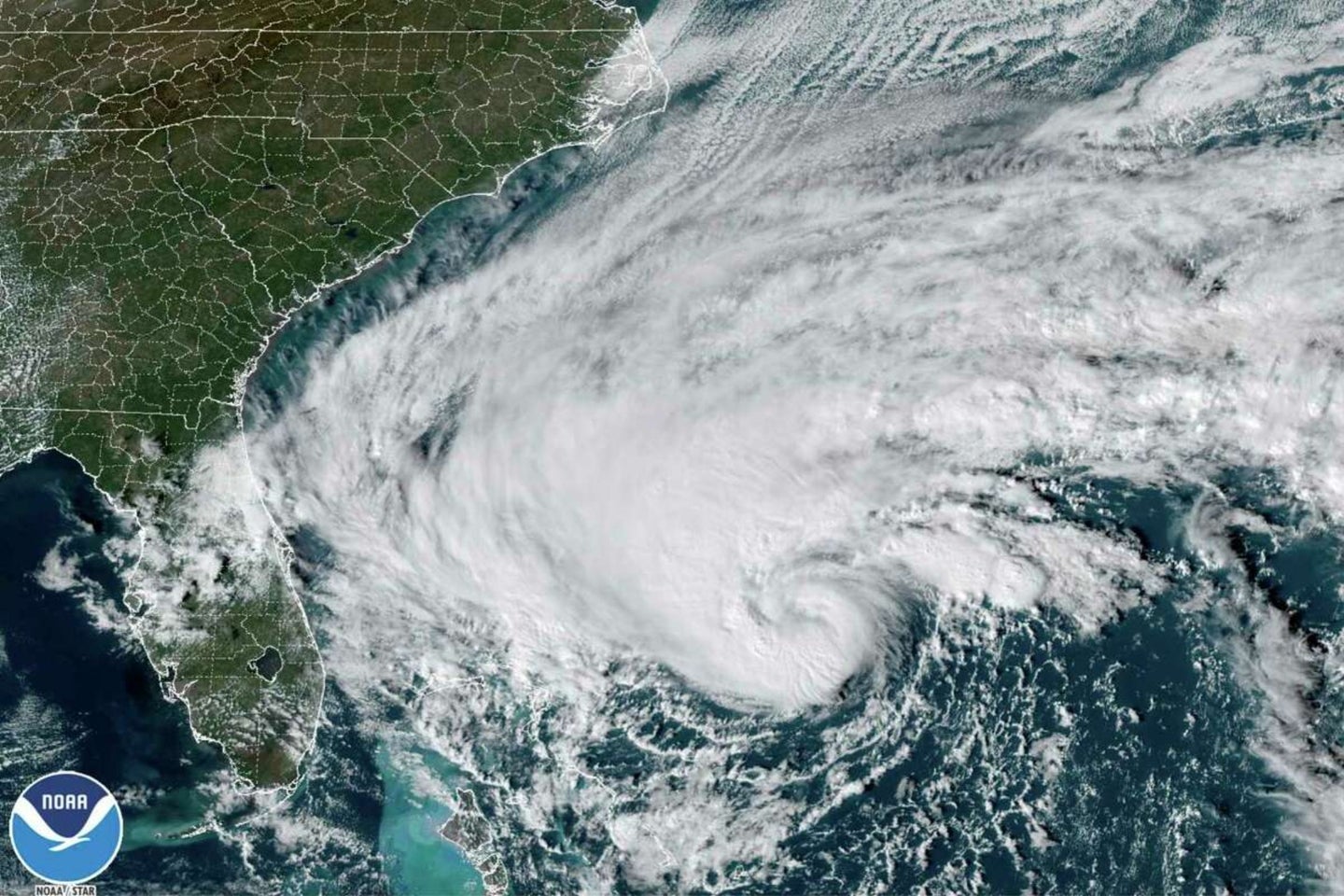 Tropical Storm Nicole bearing down on the Bahamas. NOAA
SHARE

Storm-weary Florida is bracing for a very late season hurricane as Tropical Storm Nicole approaches the state’s eastern coast. The storm is expected to strengthen into a Category 1 hurricane and hit Florida later today after drenching the Bahamas. Hurricane warnings are in place for about 4 million people and the storm is anticipated to make landfall north of West Palm Beach, Florida.

“Nicole is expected to weaken while moving across Florida and the southeastern United States Thursday through Friday,” the National Hurricane Center said this morning.

Parts of the east coast of Florida were already experiencing tropical storm conditions early this morning. The state is also facing very high tides elevated by this week’s full moon, which could increase coastal flooding. Forecasters predict up to eight inches of rain, a storm surge that could rise to five feet, and high winds into Thursday.

[Related: Hurricane Ian surges back and heads for the Carolinas.]

As of 7 a.m. EST Wednesday, the storm had sustained winds of 70 MPH, only four MPH away from becoming a Category 1 hurricane, according to the NHC.

Nicole will be impacting some of the Florida counties that are still recovering from September’s Hurricane Ian. The historic Category 4 storm killed over 100 people and destroyed several communities on the state’s west coast.

Atlantic hurricane season does not officially end until November 30, but late-season hurricanes are incredibly rare in the United States. If Nicole hits as a hurricane, it will be the first one to make landfall in the United States in November in nearly 40 years, when Hurricane Kate hit the Florida panhandle as a Category 2 storm in 1985.

“November is not known for its tropical activity,” said Dan Kottlowski, AccuWeather’s chief hurricane expert. “By November, the westerlies are well entrenched across the southern U.S. and into the northern Gulf of Mexico,” he said, in reference to the prevailing winds that blow from the west towards the east in the middle latitudes. “The only opportunity for tropical development is in the southern Gulf of Mexico and over the Caribbean. Even there, strong vertical wind shear can make it rather difficult for tropical formation.”

[Related: The future of hurricanes is full of floods—a lot of them.]

November is historically when ocean water begins to cool and wind shears make tropical systems less likely to form. But warming ocean temperatures due to climate change is changing how hurricanes work, even this late in the season.

“Since 1995, sea surface temperatures have averaged above normal across the Atlantic Basin through November, and the central Atlantic has been no exception,” Kottlowski said. “Since we now have much better satellite data over the Atlantic, it’s easier to catch late-season and short-lived tropical cyclones in the central and far eastern Atlantic. Rina of 2017 was a good example of this.”