The rare combination of solar, wind, and battery storage should hopefully soon be more common. 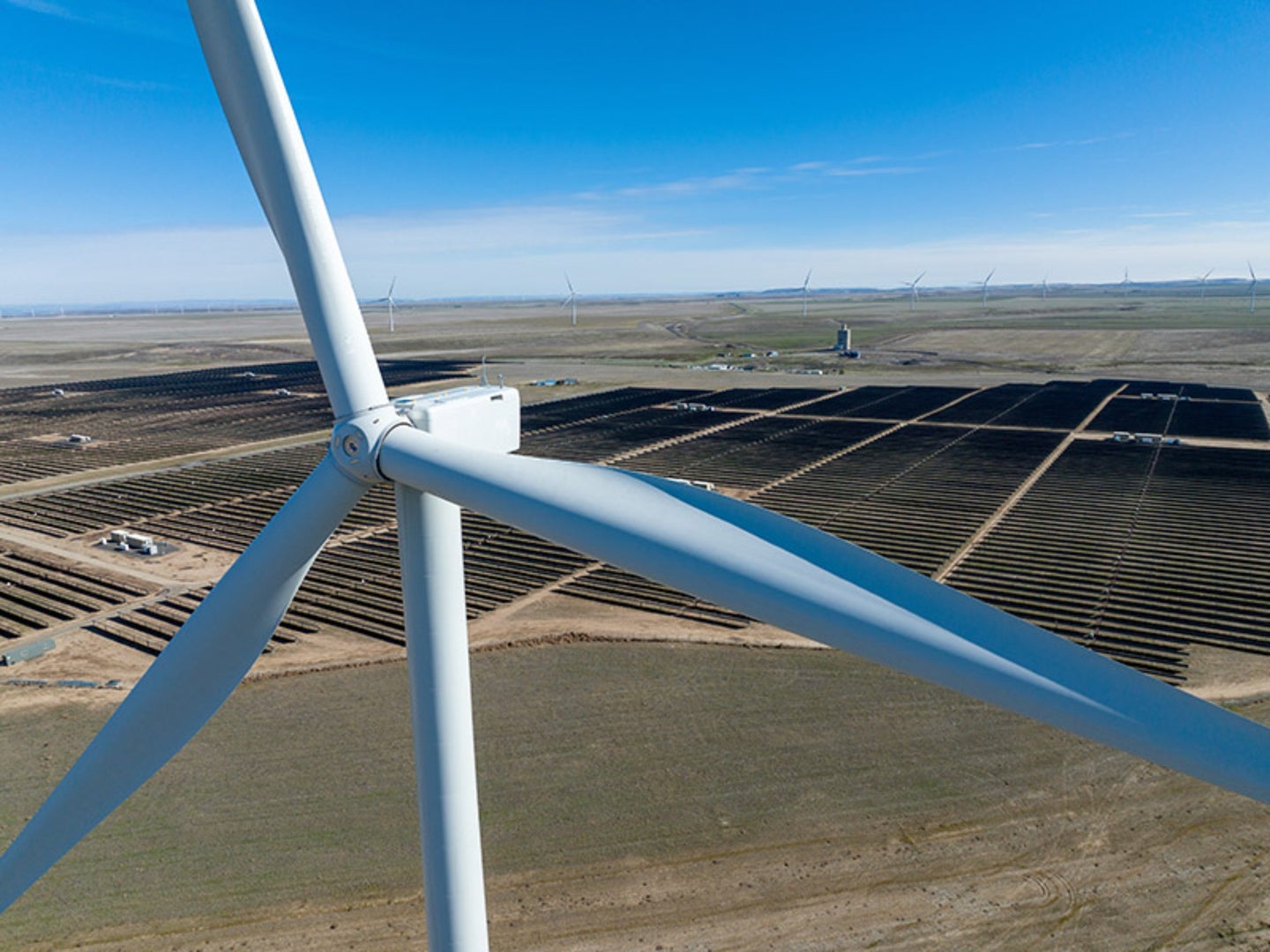 This is the first development of the three technologies in action on this scale in the US. Portland General Electric
SHARE

What’s better than one type of clean energy? A triple threat of technologies working together to bring renewables to the grid. Just last week, the first utility-scale energy facility combining solar, wind, and battery storage opened up and started providing power in northern Oregon. Between 300 megawatts of wind, 50 megawatts of solar, and 30 megawatts of battery storage, the triple-powered project can power around 100,000 homes using clean energy.

Solar and wind energy naturally work well together because of their opposite power hours—wind tends to be strongest at night, and the sunniest hours are during the day. Still, a  key part here is the battery storage, which provides a little bit of an extra cushion for the intermittency of solar and wind energy. With all that storage, energy can be harnessed on demand, even if the sun and wind are nowhere to be seen.

Before the passage of the Inflation Reduction Act, renewable energy projects that incorporated storage were largely just stuck with solar, because “energy storage was only incentivized under the tax code when it was associated directly and solely with a solar project,” Gregory Wetstone, president and CEO at the American Council on Renewable Energy, told Utility Dive. But since the massive climate bill passed, the door has opened for battery projects to nestle in with wind and other renewables as well.

[Related: Scientists think we can get 90 percent clean energy by 2035.]

But they are getting there—in 2020, 68 percent of utility-scale electricity generation was from renewables, according to the US Energy Information Administration. For PGE and NextEra, this project represents another step forward.

“By supporting innovative projects like Wheatridge, we continue to accelerate renewable energy solutions for our state, communities and customers, while maintaining reliability and affordability,” Maria Pope, president and CEO of Portland General Electric said in a press release. “This partnership marks a technological milestone in decarbonizing our system and making clean energy accessible to all Oregonians.”

Even outside the US, projects incorporating wind, solar, and battery storage are rare. One such project just came online in March in the Netherlands, and projects in Australia and the UK are underway. With climate policy back in action across the country, hopefully there will be more renewable energy team-ups in the future.