Turns out, a frozen desert is a great place to hunt for meteoric debris. 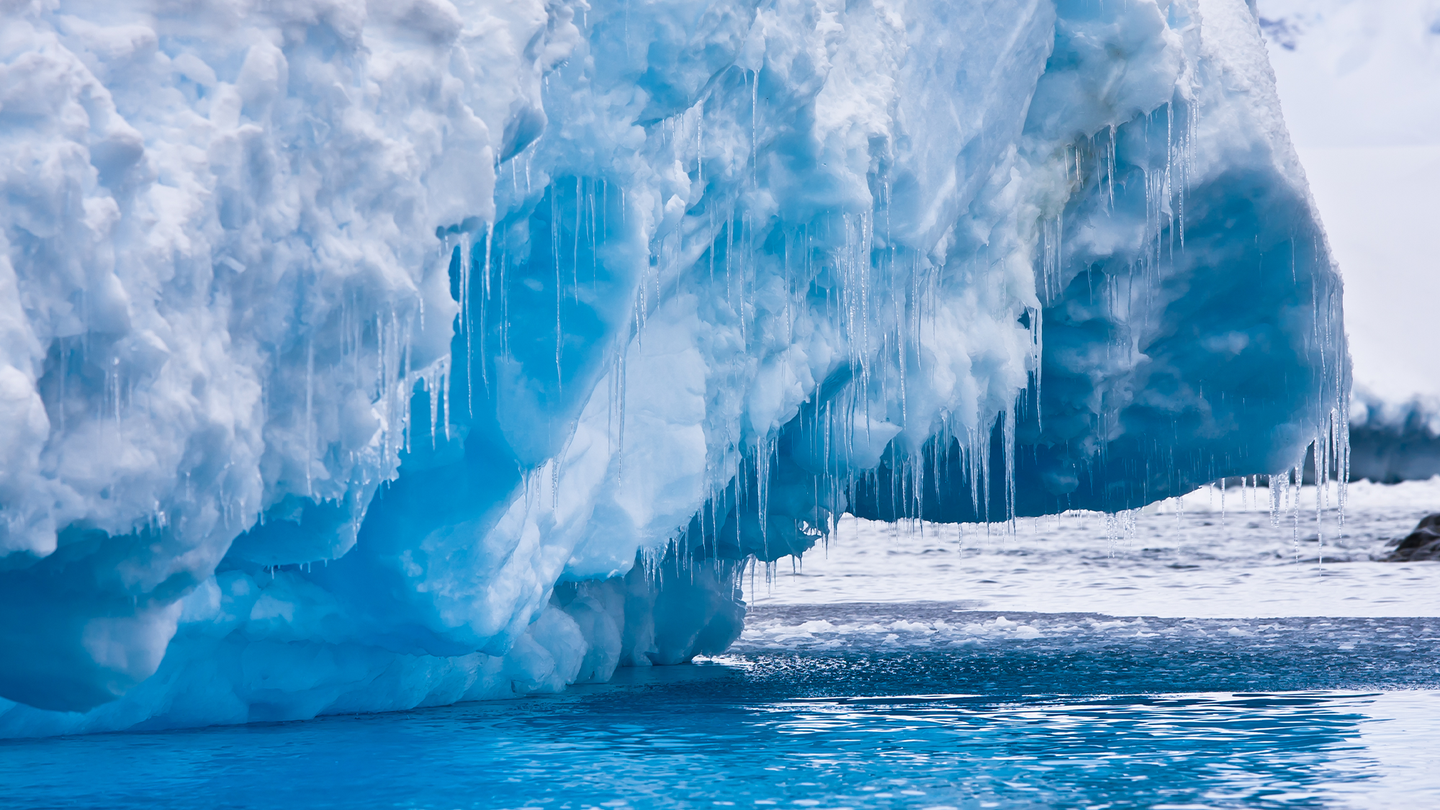 Picture a Dalmatian laying in the snow, with the white powder and its body contrasting with its signature black spots. That’s a bit like what you’d see looking for meteorites in Antarctica’s bitter cold and wilderness. Even if the space rocks sink into the ice, the churning motion of glaciers against them can help re-expose the rocks near the surface of the continent’s blue ice fields.

Antarctica is also technically a desert because it doesn’t get a lot of rain or snow (roughly two inches of precipitation per year). That dry climate keeps the meteorites that land on the continent from weathering too much and makes it a great place to look for space rocks, even ones that are more like space boulders.

[Related: A meteorite-hunting AI will scout for space rocks buried in polar ice.]

An international team of researchers just returned with five new meteorites and one that weighs 16.7 pounds. A 40 pound meteorite was found in Antarctica by some of the same members of this team in 2013.

“Size doesn’t necessarily matter when it comes to meteorites, and even tiny micrometeorites can be incredibly scientifically valuable, but of course, finding a big meteorite like this one is rare, and really exciting,” said Maria Valdes, a research scientist at the Field Museum and the University of Chicago, in a statement.

By comparison, the largest meteorite ever found on Earth is named Hoba. The space rock weighs 60 tons and has never been moved from its resting place in Namibia.

Valdes was one of four scientists on this research trip and estimates that of the roughly 45,000 meteorites retrieved from Antarctica over the past century, around 100 are this size or bigger.

This team was the first to explore some new potential meteorite sites mapped using satellite imagery.

“Going on an adventure exploring unknown areas is exciting, but we also had to deal with the fact that the reality on the ground is much more difficult than the beauty of satellite images,” said mission leader Vinciane Debaille from ULB, in a statement.

The trip was timed for late December, when it is summer in Antarctica and a balmy 14° F. According to Valdes, it was actually colder in Chicago during some of the days of their trip, but riding snowmobiles to explore the terrain, trekking through ice fields, and sleeping in tents still made the Antarctic weather feel more extreme than the bitter Windy City.

The five meteorites will now be analyzed at the Royal Belgian Institute of Natural Sciences. The team divided up some of the sediment that potentially contains tiny micrometeorites, which can be smaller than a grain of sand, for study at their home institutions.